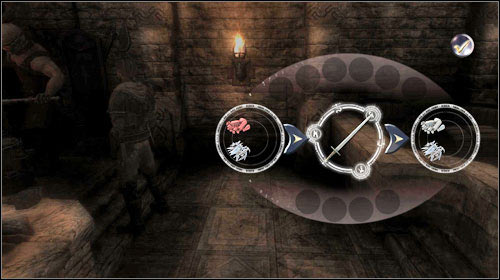 Once you take a look around and talk with Dar Pha (M2:4), you will be sent to Sokaris - the blacksmith. Go down the stairs to the forge (M2:5). You will learn to recover materials from useless items. Your task is to gain five pieces of steel - if you've been collecting the items left by the enemies, you should have enough equipment to destroy in order to gain the required amount of steel. Return upstairs, to the chambers.

The further part of [The Prophet] will be unlocked.

You will unlock [The Runestones], which you can access only after completing a few more missions. 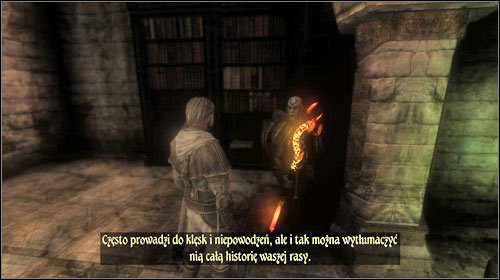 After another conversation with the Prophet (M1:7), you will be sent to Ghortarius, who will give you further directives - he'll send you to a different part of the world, where you'll continue your mission. After teleporting to his room [Alsorna - basement - Inside Alsorna] (M2:6) you will receive a mission of finding the missing piece - a stabilizing stone, which will allow teleporting you over great distances. Ask where the stone might be - you will learn that it's probably nearby the bridge on the other side of the island.

You will unlock [The Broken Teleport].