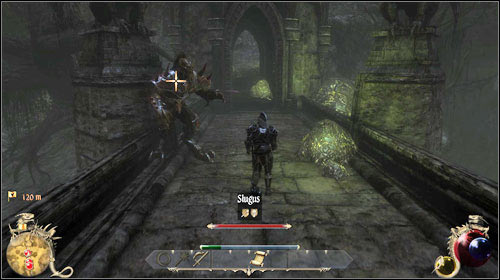 The road to Vakhmaar Castle is a long one, filled with Marmidons, Giant Scorpions, Ghuls, Tuloks and Deuces. Try not to get far from the main path if you want to survive. After you get to the castle, because of the closed gate, you will have to use the underground passage [Old Underground Passage], found nearby (M39:2). Inside the tunnels you will have to face more monsters and solve a few puzzles. 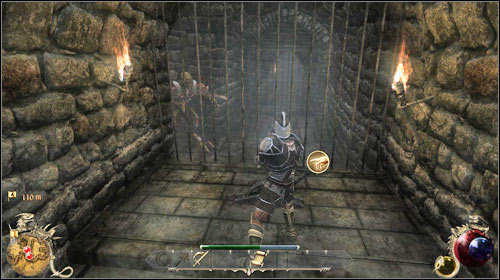 After getting to the door (M40:6) leading to the dungeon, go around the first, locked gate, through the small tunnel (M40:7). Remember not to move too fast and eliminate the minions one by one. Use the lever (M40:8) to open the next door and go back. 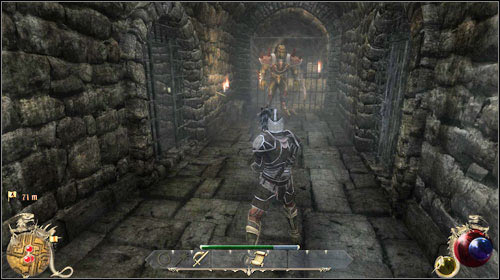 Look out for the room (M40:9) filled with Ghuls and Liches. Get rid of them all and move on. You will reach another locked gate (M40:10) - go into the cell on the left and pull the lever to open the second cell - the lever inside it will open the main gate. 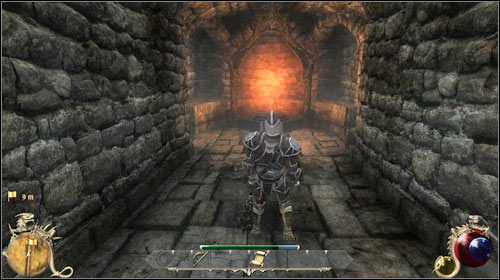 The further path is completely straight and deprived of monsters. You will reach the stairs (M40:11), which lead to the first floor [Inside Vakhmaar - first floor]. A cutscene will play, during which you'll reach Gandohar's throne. You'll find yourself in a small corridor (M41:5) - collect all the potions and go through the portal afterwards (M41:6). 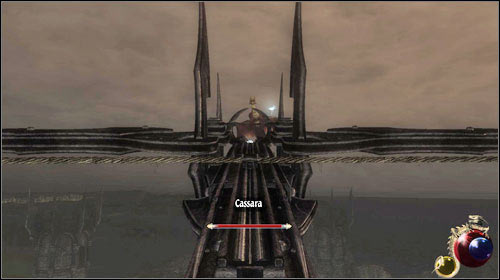 You will have to face Cassara, in the form of a dragon. There are four ballista posts around the tower. Note that the dragon will firstly fly in circles. Each time you will be able to shoot two times (fire once the dragon starts flying in your direction), after which you should leave the post and run from the fire projectiles. 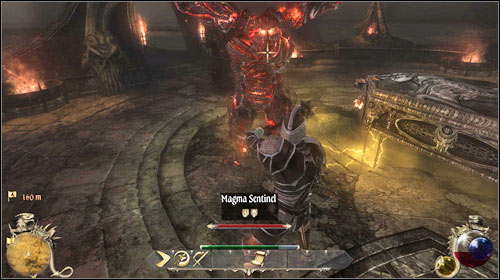 After a few accurate shots a cutscene will play, during which the dragon will breathe fire and create a Magma Sentinel. While he's a pretty easy enemy, you have to look out for the dragon's fire attacks. The dragon always attacks three times - running away is the best defence. After the attacks, you will have some time to attack the minion - gradually kill him this way. 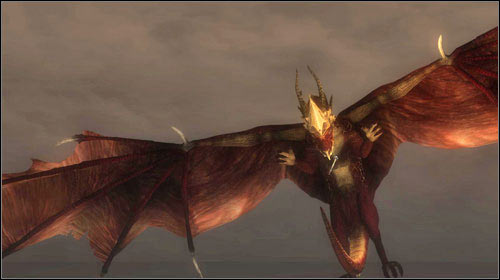 Afterwards return to shooting the dragon with the ballista. Once more time, after a few hits, Sentinels will be created - this time two, three next time. The overall rules don't change - avoid the dragon's attacks, afterwards approach the monsters and attack them and then dodge again.

During her last moments, Cassara will start attacking the ballista post you're using from below, so when only you lose sight of her, leave your post. After you kill her, the last cutscene will play, during which Kyra is saved and takes over the reign. 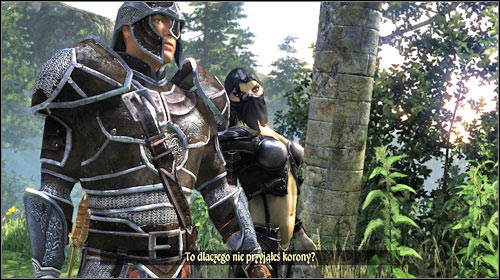 You will automatically teleport to Alsorna. Go meet with Dar Pha (M3:14). This will be your last conversation with the assassin.

THE GAME DOESN'T END HERE! You can still roam the world and complete quests you haven't finished before. There are lots of monsters left to be killed and caves waiting to be explored.