Culainn the Blacksmith, The Rescue 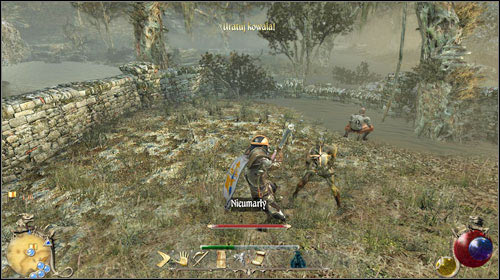 The blacksmith can be found nearby the swamp (M37:4). Once you approach him, Culainn will be attacked by an Undead.

You will unlock [The Rescue].

Get rid of the monster and talk with the blacksmith. The spire has been drawing monsters, so the man has decided to throw it out at the swamp.

You will unlock [Crow's Puddle]. 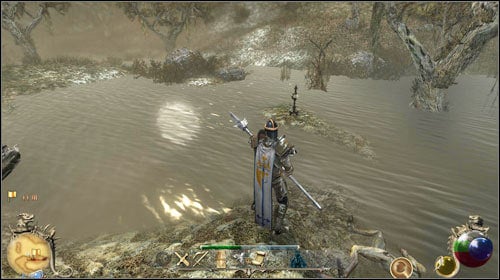 The missions are a continuation of the previous choice of having your own amulet and not talking with Aidan after saving the blacksmith.

You don't need to follow the road to get to the swamp (M37:5). Jump over the wall which surrounds the village and head south. That way you won't have to slay a whole bunch of monsters, there won't be as many of them.

You will unlock [The Sunken Spire].

After dealing with all the zombies, pull the long, rusted metal spike which once was decorating the village temple out of the ground.

You will unlock [The Cursed Crypt].