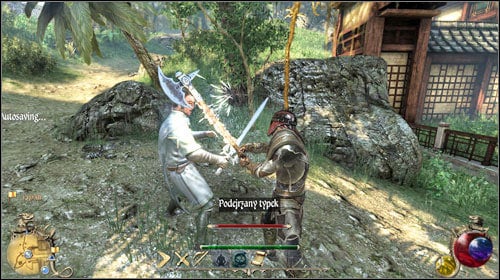 You will receive this mission after completing Chapter I and teleporting to New Ashos.

Speak with David - he's sitting on a bench by the teleport. Before you begin gathering information, you have to collect a certain package - head to the road leading out of the city (M23:4). You will encounter a suspicious character, who's been faster than you and took the package himself.

You can pay him 500 auras. The man will return you David's package. Once you bring it back (M23:1), you will learn where to look for information. You can only choose one path from the two missions.

NOTICE: The man will afterwards waylay you numerous times in the city. Firstly he'll demand 1000 auras and afterwards 250 auras each time. You can pay or refuse, which will lead to a fight.

You will unlock [Sarius The Student].

You will unlock [Angie The Student].

You can beat the hell out of him, afterwards search him and take David's package. Bring it back (M23:1) and you will learn where to find information. You can choose only one path from the two missions.

You will unlock [Sarius The Student].

You will unlock [Angie The Student]. 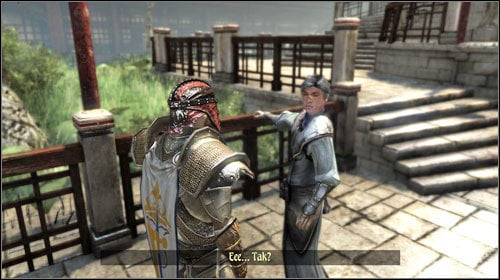 Talk with the student to whom David has sent you. He's right by the University entrance. Sarius will gladly help you, but first you have to organize him a stag night.

You can refuse to help him. You'll have to turn for help to Angie in [Angie The Student].

If you agree to help, you'll receive a new quest.

You will unlock [Stag Night].