The Tower of Fangs 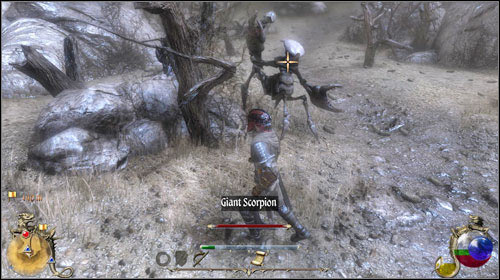 The mission gets unlocked at the very beginning of the game, after talking with the Prophet. She will give you an assignment of getting to the Tower of Fangs. The mission will appear once more after completing [Way to the Tower]. Leave the tunnels and you'll be once more on the surface [Hatmandor Region] (M12:11). The path will lead you to the Tower of Fangs (M12:12), however it's not easy - a few Giant Scorpions will cross your path. 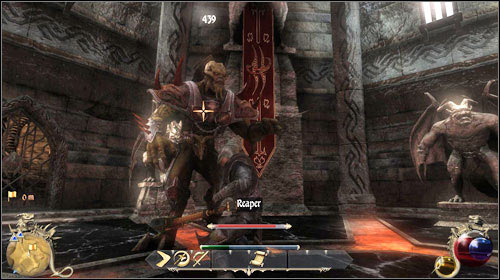 Inside the Tower your task is very easy, or at least so it seems. You have to run to the other side and into the teleport a couple times - when only you get near it, Necrises will appear. Try to avoid the traps so that as few enemies as possible will appear - you can have problems with a bigger amount. After you get to the main hall, collect Gandohar Journal - a Reaper will show up. Defeat him to get out of the Tower. Because of the small size of the room, you should forget about fighting using the bow, as you might not even have the time to stretch it.

Head to Cassara [Alsorna] (M1:7) and show her the journal. She will ask you inside her rooms.

You will unlock the next part of [Prophet] at Alsorna.