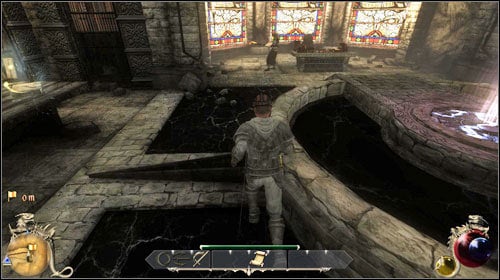 You will receive this mission automatically after completing [Gorlag's Curse].

You will gain information on Dattan - a mage who should know how to get inside the Tower of Fangs. Head to the Mages Guild [Hatmandor Region] (M12:7). Once inside, use the teleport to get to the upper level. Before you can learn more about the road to the Tower of Fangs, you have to bring the Master a dragon fang, guarded by a giant beast.

You will unlock [Belly of the Beast].

Belly of the Beast 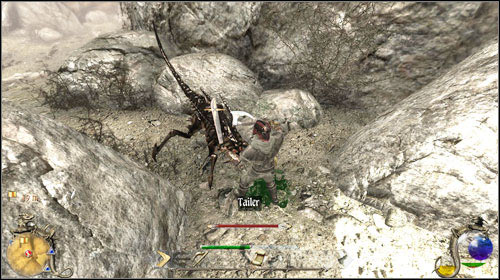 You will receive this mission automatically after talking with Dattan and finishing [Mages Guild Master].

Head to the canyon (M12:8) and follow it to the dragon's skeleton. On your way you will encounter a large number of Tailers. If you're not at a high level and don't deal huge damage, the fight can be quite tough. Try not to lure more than one at the same time (often it's impossible and you can have problems fighting with two at once). At the end of the path you will find the beast mentioned by Dattan. Try to keep it at bay (if only you have some archer abilities). You can also try to trick the monster by quickly running to the skeleton, taking the Dragon Fang and teleporting to the Master's quarters with the Teleport stone (M12:7).

You will unlock [Crystal Army].