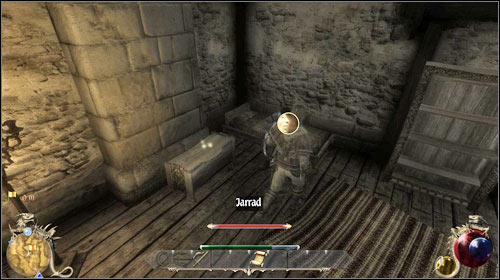 You'll receive this mission right after completing [The Delivery].

Talk with Old Yars to learn where to find Jarrad - the one you have to kill. Head to the south-west part of Cheznaddar (M20:3). By the door you'll find Reesa, who will try to stop you from killing Jarrad. Go inside the house and talk with the man\.

You will unlock [The Paindome].

Kill Jarrad, return to Basel (M20:7) and report that the target is dead.

The choice will have an influence in the future during [Mirrd's Revenge].

You will unlock [The Paindome]. 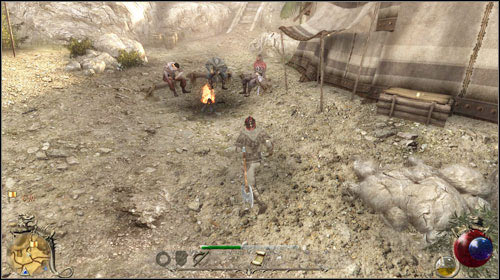 After leaving the house, you will meet a guard, who will give you the gate keys and warn that the Varns have taken control of most of them. On your way to the Captain [Hatmandor Region] (M12:5) you will have to face a few groups of them. After getting to the spot, enter the tent and talk with the man. Before you learn anything about the Tower of Fangs, you have to prove yourself worthy and complete another mission.

You will unlock [Gorlag's Curse].