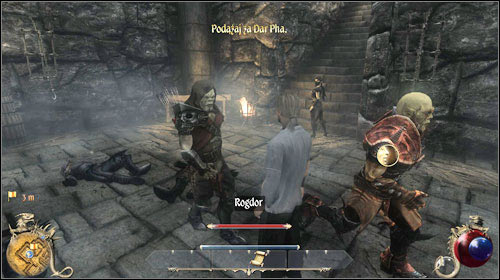 You will receive this mission right after the beginning of your adventure, once the mysterious character frees you from the guards' hands. Don't waste time and follow her until you reach Rogdor (M40:1) - representative of the Orc race, who's working with Dar Pha. After a cutscene and a short conversation, run along up the stairs to the second floor [Inside Vakhmaar - second floor]. 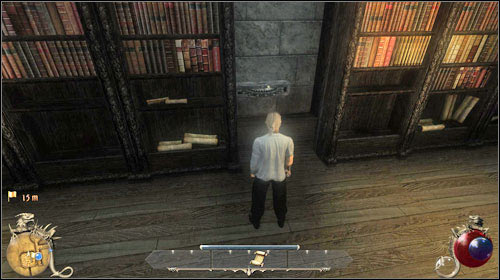 Once the door gets open, move on - you will reach a room with a hidden passage. You need to find the switch - go up the stairs and turn right. The switch is between the bookcases (M41:1). After pushing it, go back down and follow Dar Pha onto the passage (M41:2) above the throne room - crouching beforehand (by default, hold down the [right mouse button] while standing still) (sneaking ability will be unlocked). 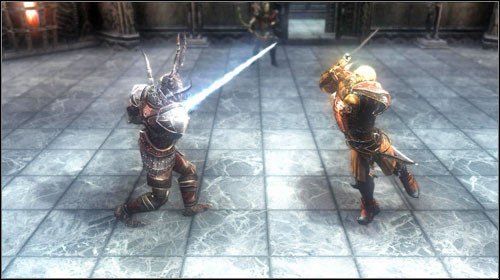 After watching another cutscene, head towards the stairs (M41:3) and go down to the throne room [Inside Vakhmaar - first floor]. You will witness a fight between Sordahon and Rogdor. Unfortunately you won't make it to the teleport - you have to use a second one, located in the dungeon. Don't mind the guards and sprint (by default hold down the [right mouse button]) (stamina ability will be unlocked) after your saviour towards the stairs (M41:4), which will lead you back to the [Old Underground Passage], but from the other side. 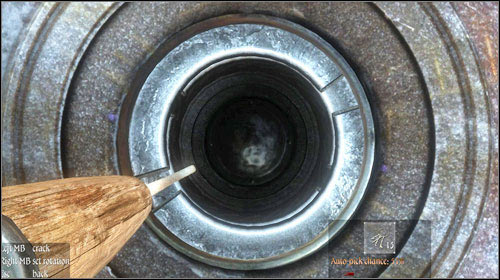 Unfortunately you also won't make it through the bars, which will separate you and your companion. Talk with Dar Pha (M40:2) - she will teach you how to open locks. Use the newly gained knowledge and the picklock to open the door on the left (M40:3). You have to hit each the gap in each ring and push it deeper. Move on along the corridor, until you reach the goal (M40:4). 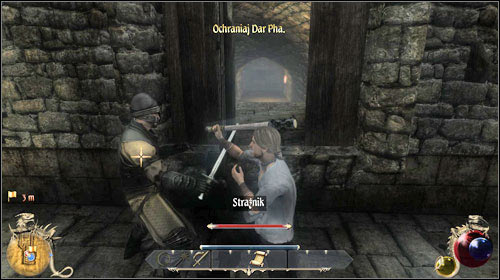 Inside the alchemist's old library (M40:5) you will find a second teleport. It however needs to be prepared first. Talk to Dar Pha once more - your task is to grab the old mace (it lays on the nearby shelf) and guard the entrance. Take out the weapon (by default [F]) and after a while, a single guard should appear - you shouldn't have any problems with defeating him. In the end, teleport to [Alsorna] (M1:1).

You will unlock [The Rescue].