You will meet Sygius and his assistant Amber West of Cathalon (see map below). Talk to Amber and your reputation with the Society will rise. You can now talk to Sygius. He wants you to solve the problem of the Enclave - a necromancer village that has been founded somewhere to the South (see our world map for exact location). Your mission is to eliminate the Flame, necromancers' leader. The only way reach her is to make friends with the necromants. In order to do that, check out the chapter "Enclave". 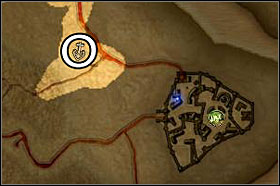 Mellor needs 10 dodo feathers to manufacture the arrows somebody ordered. If you're patient enough to search for these harmless birds, be my guest. If not, use the "CREATE ING_35" console command.

When you complete the previous quest from Mellor, he will ask you to take the arrows to Rigwell in the Eastern Army Camp.

Creo is a blacksmith who specializes in creating a special king of espionage armor - one who wears it looks exactly like an orc. This would be a great help for you, provided that sooner or later you will end up entering Gor Gammar. To get the armor you must obtain an order from Othis. He's a corrupted soldier and will make you one for 2000 Gold. Now, talk to the blacksmith and pay him the rest of the money (apx 5000 Gold) to get the armor. Don't be too hasty about using it - you can wear it only once! Save it for Gor Gammar.

Quest from: The Artist

A local painter needs 4 saffron flowers to finish his painting. It's difficult to give you any clues on how to solve this quest. All we can say it that it certainly is possible to find the flowers quite near Cathalon. Your reward for this is a decent sum of gold. 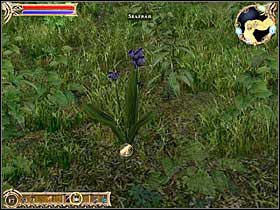 Remember that saffron is blue.

Garondel's house is near Gil Braver, a man who is looking for a refuge for the homeless. Garondel wants you to use a summon spider spell in Fariel's house. He'll give you a proper spell. Actually, the spell is automatically released once you enter Fariel's mansion (it's just across the street). Let the guards defeat the monster and then collect your reward.

Fariel wants you to bring him a flawless diamond so that se can repair his equipment. You'll find one in the city dungeon - the entrance is in the southern part of Cathalon. Watch out for the undead in there. Diamond should be laying on the ground in one of the chambers. Take it back to Fariel in exchange for some money.

River wants you to help him convince his brother about dividing their father legacy equally. Talk to Morio Dras and it'll turn out that the reason for his grumpiness is in problems that he's having with his wife. He'll give you a flower that he wants you to give to her. She'll be marked on your map. Before you reach her, though, you'll have a conversation with Thuya, her sister. She'll ask you to go buy a love potion for Morio's wife.

Gil is standing on one of the streets of Cathalon. He asks you to talk to Rose Primsey and try to convince her to let the refugees live in her house. She won't talk to you until you give her a flower that you get from Morio in "The heritage". Once you give it to her, she will agree to everything and you will be able to collect your reward from ol' Gil.