Your adventure begins in a form of tutorial. Follow the on-screen instructions to learn how to walk around, draw your weapon (F) and open the gate (Space). Defeat the two monsters you see there. Loot their bodies and the nearby chests, taking everything you find with you. You also advance do 2nd experience level, so use all your skill and parameter points to empower your character.

Sword for hire, soul for hire

Leave the crypt and talk to Tago. Go South, to the village of Komorin.

HINT: Wolves and bears are quite common in these lands. You can easily deal with the former and farm some xp points on them. Watch our for all types of bears, though. I will take some time until you are able to face any of them.

When you're in Komorin, go further South and talk to Gandohar. He tells you to meet his master in Goat Cave. It will be marked on your map (as an active underground quest). 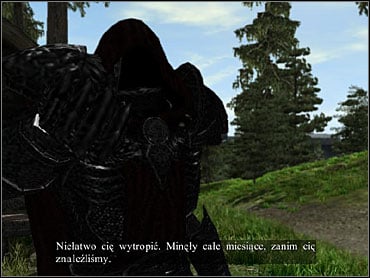 When you reach the Goat Cave, you'll meet Reist Tungard. Talk to him. After a while he'll vanish.

No room for negotiations

Go outside and talk to Gandohar. After a long conversation you will be told to go to a node - a special location where you can connect with your sister's mind and talk to her.

A crack in the glass

The node is near the ancient ruins - if you've already done Ferid's quest from Komorin, you'll find it easily. Besides, it's been marked on your map. Talk to Kira and go back to Gandohar.

An ace in the sleeve

Talk to Reist once more (inside Goat Cave).

Go outside and talk to Gandohar. Well, you're done with the introduction. You now have a list of objects you have to find throughout the game. You'll meet these villains again at the end.

Talk to Kira in the second node

The future and the past

This mission is about reaching the third node and talking to Kira one more time. This node is in the southern part of the game's world, so in order to reach it you will probably have to get through some serious numbers of orcs and golems. Don't be too hasty about it.

When you have all the stones and a relic frame, you can finally meet Gandohar near the gates of Qudinar.

HINT: Mind the fact that the game will come to an end very soon from here so you might want to finish all the side-quests first.

After a short conversation you'll see a cut-scene. You'll regain consciousness on the streets of Qudinar.

You have to kill one of the necromancers who support the giant pentagram on the sky. Teleport near one of the Black Towers (you now know what they're for). You don't have to fight all the lesser beasts around, just go up the stairs and stand on a sign to teleport to the top of this tower, then fight the man you find there. And that's it, you can now enter the undead city.

Go to Oswaroth - an abandoned city to the East. Go through the streets until you meet Reist. He'll morph into a huge demon. He looks dangerous, but in fact isn't a real threat, compared to some beasts you've already encountered. Defeat him and go through the gates. Remember to save your game now, as in a few seconds you will have to choose which ending you want to see.

When you reach the final hall, Gandohar will begin his standard supervillain speech. You now have to choose whether to join him or fight him. Know that, surprisingly, joining him ends with a little tougher battle - you will have to face a group of paladins who really dislike the idea of you betraying them. Anyway, the final battle isn't really the toughest there is in Two Worlds. If your character is powerful enough (and it should be, after all these sub-quests), you will have no problem defeating your enemies here. 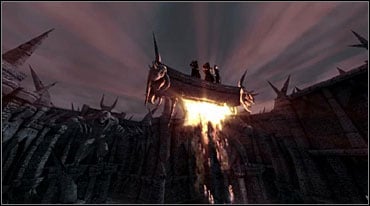