Turok is able to carry only four weapons at once - but remember, two of them are the knife and the bow, which are set as Turok's signature weapons and cannot be change or dropped. Whenever you want, you can toss a grenade, excluding situations when you are dual wielding two weapons at once. Game's HUD (Head Up Display) doesn't inform you about bullets left in the mag, so you have to keep it in mind or watch for signals on some of the firearms. 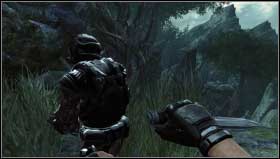 Knife allows Turok not only to kill instantly, but also to move faster and silently. To perform an instant kill - approach enemy and wait for an icon to appear. Otherwise - Turok will perform a slow slash and it takes him some time to get ready to attack again. 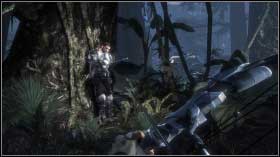 The most universal weapon in a game. Allows Turok to kill silently and from different distances. The longer you hold the main attack button - the stronger the attack would be. It even utilizes an explosive arrows. 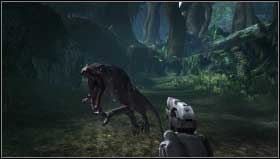 Just a pistol - it's a good weapon on short and medium distances. It's accurate and fairly powerful. It can be dual wielded. 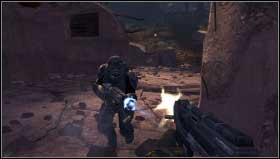 Another basic FPS weapon - standard automatic rifle. You can attach a silencer to it's barrel if you want to kill silently. It can be dual wielded. 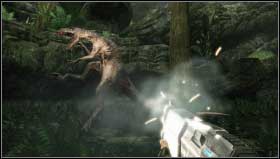 Typical shotgun - superior firepower, wide blast radius and short range. It's equipped with flare launcher, so you can use it to lure dinosaurs. It can be dual wielded. 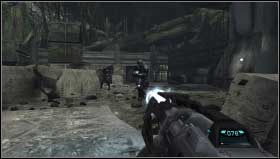 It's sharp, strong pulse rifle that fires uranium depleted slugs. But keep an eye on the overheat meter if you don't want to be left with a damaged gun in the middle of the battlefield. You can also launch a disruption grenade - the knocks down the enemies. 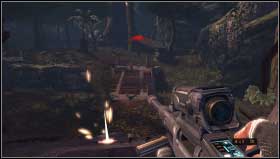 Sniper weapon. It's slow and deadly. It's scope provides a selection of zoom - from 2X to 10X. 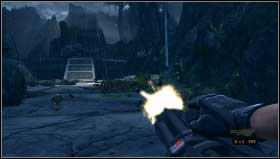 Incredible rate of fire - chaingun can fire an incredible amount of bullets. But it has to spin before fire, so you'd better do it manually. You can also turn it into an automatic turret. 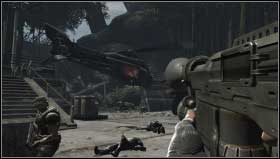 Rocket launcher. You can lock-on missiles on certain targets - to do so, activate a special screen and concentrate your view on your victim. 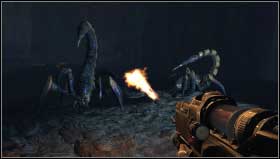 Deadly flamethrower. It launches a short range flame and can blow everything with it's incendiary grenades. 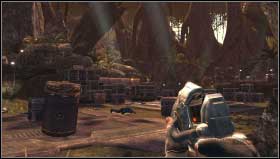 One of the best weapons in the game - it launches mines, that can even stick to enemies, so you can prepare some deadly ambushes. There are two types of mines: manually detonated and proximity mines. It can be dual wielded.

Secondary fire: Launch an proximity mine.

This site is not associated with and/or endorsed by the Disney Interactive Studios or Aspyr Media. All logos and images are copyrighted by their respective owners.