On this page of the Tunic guide, we have prepared information about the final boss in the game, The Heir , as well as a set of tips to help you defeat him. The mentioned opponent can be found in the Hero's Grave, located in the part of the Sealed Temple, which is accessible through fast travel. Defeating this boss will unlock one of the game endings, that is, the Bad Ending. 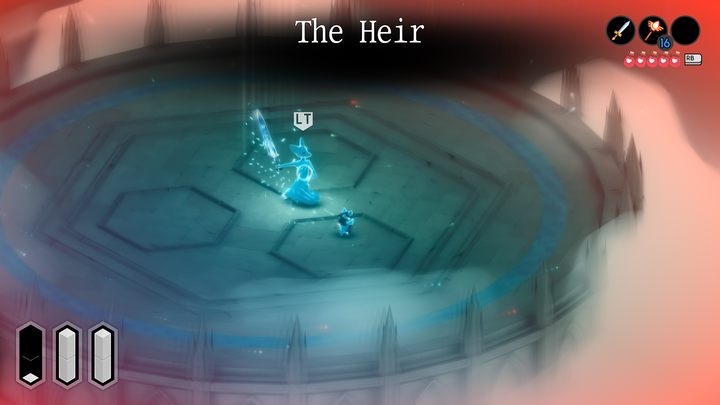 The Heir is the only boss in the game that has 2 phases, which means you must get rid of two health bars . In the first phase, he has a specific set of attacks, and in the second phase, he has improved versions of all strikes and even a few additional skills.

The first phase is not that difficult, especially since you have already defeated the Librarian or the Boss Scavenger, who have charges similar to those used by The Heir. The final boss performs this forward leap and stabs with his sword. The weapon is also being used by him during his basic left and right side attacks. 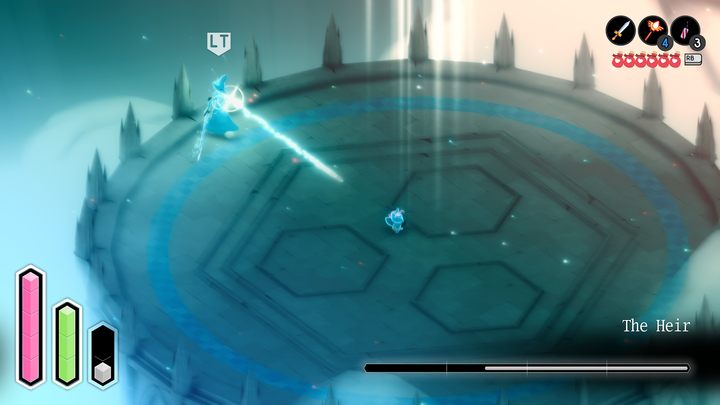 In addition, The Heir fires a series of three homing missiles flying in a straight line and also launches projectiles which fall from the sky into places marked with a characteristic circle usually straight onto the fox. If that's not enough, the enemy generates expanding circles with magical edges that deal damage.

In the second phase, almost every attack mentioned above gets upgraded . Projectiles - both homing ones and those falling from the sky - appear in higher amounts and even in irregular frequencies, the charges of The Heir leave a trail dealing additional damage, and the expanding circles reach the entire area of the arena. In addition, the boss can also generate those nova attacks below him.

The new attack of the final opponent, used in the second part of the duel, is the generation of six purple stripes on the ground (each facing the other side of the arena) that deal considerable damage and constantly reduce the percentage of fox's health. 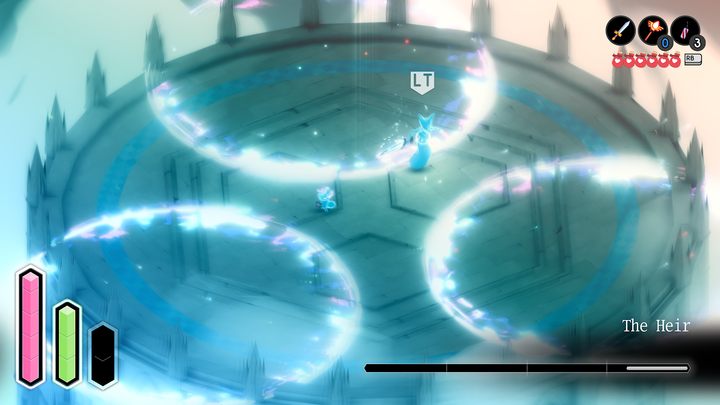 The first time you come across The Heir in the arena, you have virtually no chance of defeating him because he is too strong for you. Don't worry, it's all part of the game - your death turns a fox into a ghost, opens access to a new area, The Swamp Burying Old Ground , and also pushes the story forward. Next time you return to the boss you will be stronger and much better prepared, especially due to the dash ability. We have described how to obtain it on the following page - Dash - how to get it?

Dash will be invaluable in this fight for two simple reasons. Firstly, it is much faster than standard roll, and secondly, it extends the time during which enemies cannot damage you. Thus, dash as much as you can, but don't forget to constantly monitor stamina points. We don't want to expose ourselves to fatigue and potentially more damage received. 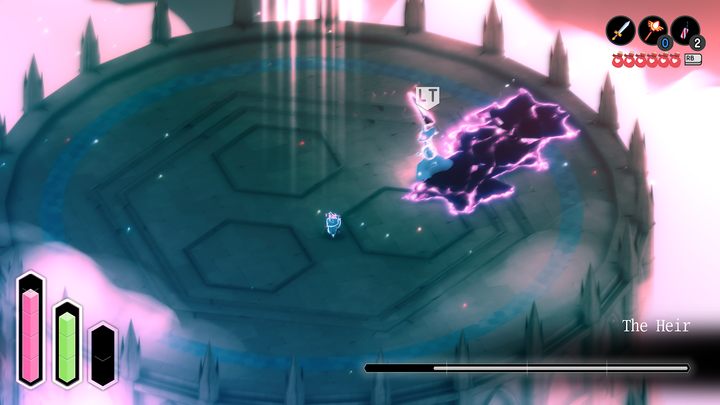 Sword-based enemy moves can be easily learned - in this case, you just have to keep your distance when normal swings are being used and roll to the side when you see the boss charging at you. Then you have a moment to hit the boss once or two.

Run around the arena all the time, because the Heir will shoot you frequently, and projectiles flying from the sky will not have a chance of hitting your character if you keep moving fast enough. However, try not to forget about unleashing occasional attacks on the boss, whenever you see that he did not hit you with his charge, or turned his side or back to you. 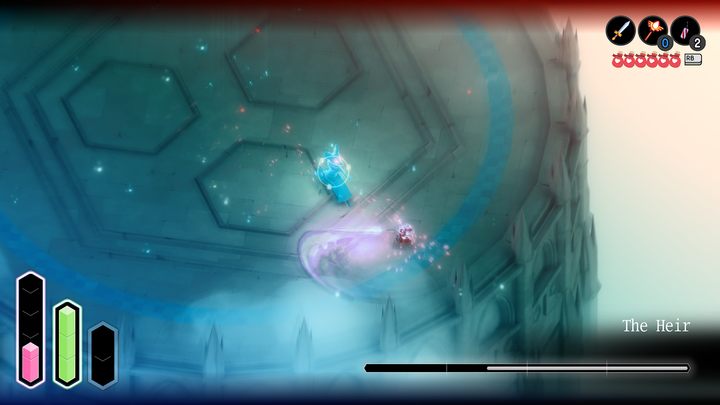 For the second phase, we recommend that you use whatever you hide in your inventory - at this point the fight becomes so chaotic and difficult that you want to end it as soon as possible. Bombs, blue fruit and baits will come in handy. This is the best time to start hitting the enemy with your wand, but you still need to prepare for a little hand-to-hand combat. However, this is not as simple as in the first phase, because The Heir is now much faster and aggressive than before. So if 2 or 3 blows after the charge were not that difficult earlier, now you will barely perform one successful melee attack.

Before starting the second phase, we recommend that you use hot peppers / ivy as these will temporarily increase your base stats. This will make the fight much easier and will give you the opportunity to finish it a bit sooner. 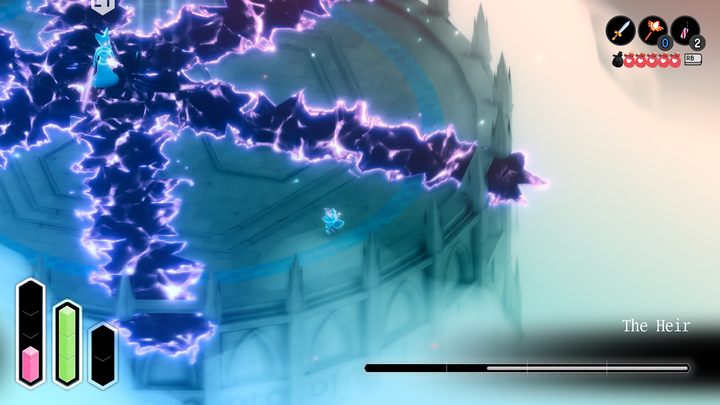 We also remind you that the fight with the final boss does not take place during the True Ending, which initiates after collecting all pages of the manual and entering the room with The Heir. So if you do not want to get tired of fighting many times, then maybe just focus on exploring, and the last minutes will certainly hurt you less (if not hours of fun). You can read more about the possible game endings on the Game Endings page.