On this page of the Tunic guide, we have prepared information about the fifth boss in the game, Boss Scavenger , as well as a set of tips that will help you defeat her. The mentioned enemy can be found in The Hidden Vault , which is part of The Quarry . It blocks access to one of the three keys necessary to complete the game. 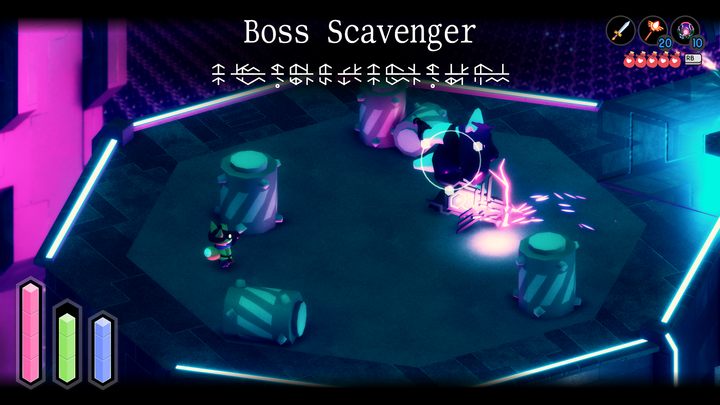 The Boss Scavenger has several pieces of equipment that she uses for attacking. Her primary weapon is a multifunctional shield. This one serves the boss not only to block the fox's cuts, but also to generate a cybernetic shock wave. This boss hits the ground with its shield from time to time, which gradually covers parts of the battlefield with damage-dealing fields.

The aforementioned shield can also transform into a laser blade . This helps the Boss Scavenger perform special forward arcs including simple left and right swings (identical moves to those performed by the Guard Captain). 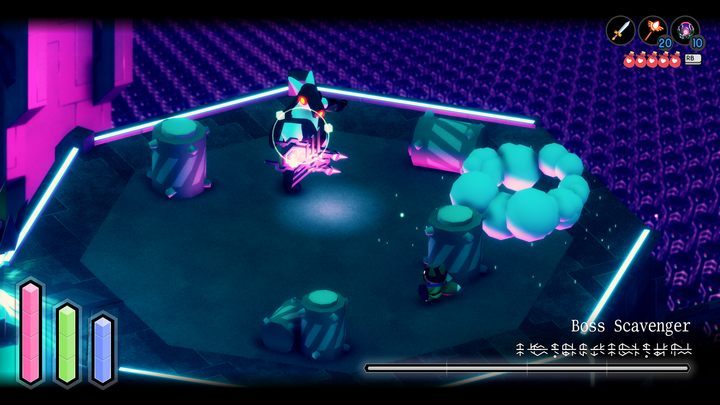 Finally, it is worth mentioning the next two weapons that Boss Scavenger has at her disposal. From time to time , she will shoot you from a handheld shotgun. These weapons' projectiles fly towards the fox, forming a small cone. Additionally, the Boss Scavenger leader doesn't hesitate to throw bombs that explode after a few seconds and deal area of effect damage. Also, she sometimes uses a kick that will push you away over a short distance. 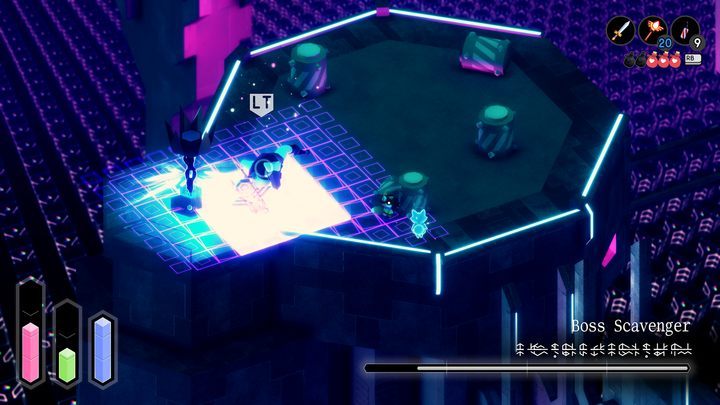 This time it's worth to focus on a rather passive, long, defense-based tactic and sporadic counter-attacks. Putting pressure on Boss Scavenger makes no sense, because she blocks most of the attacks with her shield and then blows back twice as hard - so you have to be calm from the very beginning of the duel.

This is the first boss fight in which the shield plays an absolutely crucial role . This one is able to withstand many special attacks - both melee and ranged. The only two things your shield won't block are an AoE attack with a shield (you have to avoid it by rolling towards the part of the arena not infected with glowing fields) and kicks. However, better have your shield up all the time during this fight. Just be careful not to reduce her stamina bar too quickly. 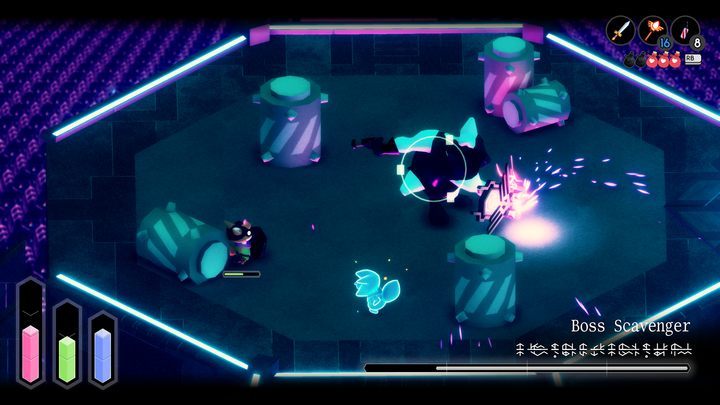 So, that's it in terms of defense, but you still have to decrease the boss' health bar. Unfortunately, there is no single best method for this. In fact, it is appropriate to try a little bit of everything in this duel. Begin with the fact that you will take a lot of bombs with you, but use these only at the end of the fight to finish off your opponent. It's best to start the duel by throwing the bait (be careful not to let it fall into the abyss). The Boss Scavenger will start attacking the bait, which will allow you to deal a few strikes. 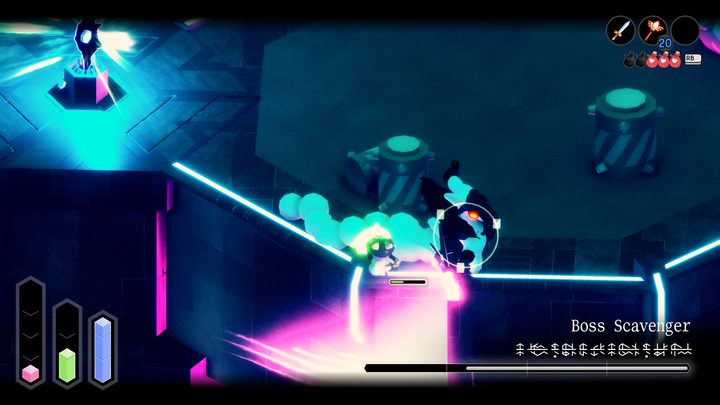 Shooting the boss from a distance with a wand will do the job, but you have to remember that you won't have enough mana for more than a quarter of the enemy's health bar (unless you have blue fruit with you). There is also a safe time window where you can attack the enemy with your sword. When she charges with a laser blade, dodge towards the side of your opponent on which she is holding her shield, and you'll be able to land a few blows. However, it does require perfect timing and there's no guarantee you'll be able to do it without losing any damage. 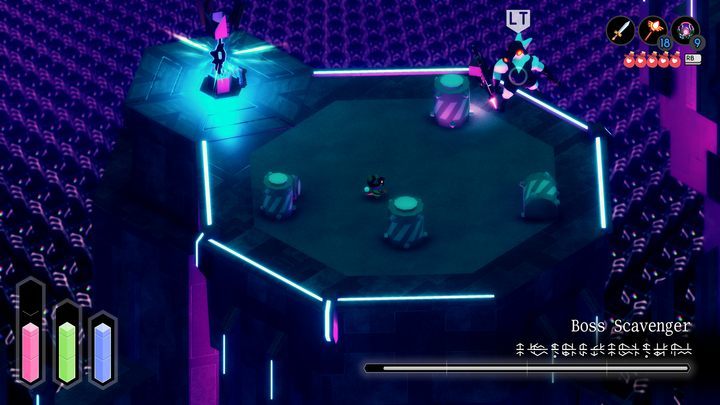 So it's so hard to master this duel. You need to have at least a few magic health regenerating potions with you - you will definitely lose some HP, so it is worth being prepared for healing in case of an emergency. Decide to use them only when you're away from your opponent, that is, to stay out of dash range attack.