On this page of the Tunic guide, we have prepared information about the fourth boss in the game, The Librarian , as well as a set of tips that will help you defeat him. The mentioned enemy can be found in The Great Library , which is part of The Ruined Atoll . It blocks access to one of the three keys necessary to complete the game. 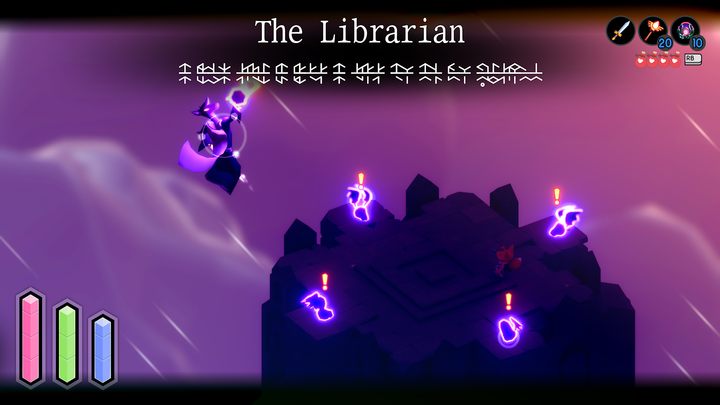 The Librarian, unlike all previous bosses, is an opponent who largely bases his skill set on spells. Let's start with the fact that for most of the fight, it hovers in the air beyond the fox's reach and shoots at it using dark magic and lightning. But what exactly to expect from his skills?

First of all, at least a few fairly similar spells in form of projectiles which he shoots in front of him. The simplest such attack creates a straight, quite narrow beam that deals damage. The slightly more dangerous one is a laser that can move left and right (similar to the Siege Engine ). In turn, the last type of projectile is a wide shock wave, covering almost the entire length of the arena. 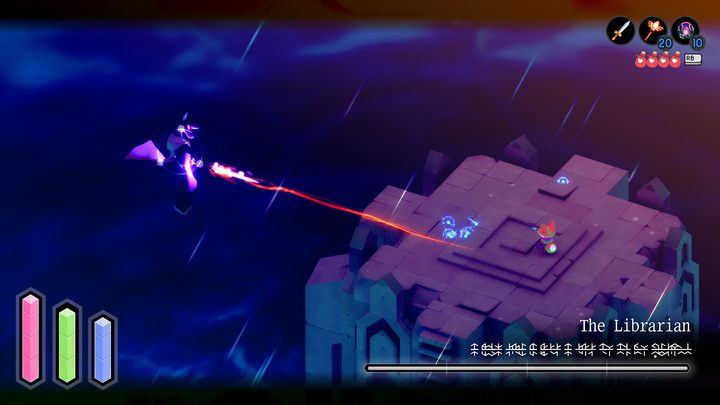 Do you remember the fight with the Guard Captain and his charge? The librarian also has one, but he does it faster and over a greater distance. Besides, it's not his only way to move quickly on the battlefield - he can also teleport over a short distance (from the air to the ground), dealing damage in the area he lands.

The last type of attack are summons of different kinds. This boss calls for help corrupted versions of Rudeling or Phrend , but they do not differ from the original versions in any way except in appearance. The problem, however, is that they will appear in groups of four. The Librarian can also create a series of several spheres in space, which after a while shoot at the fox (either at the same time or one after another at a small interval). 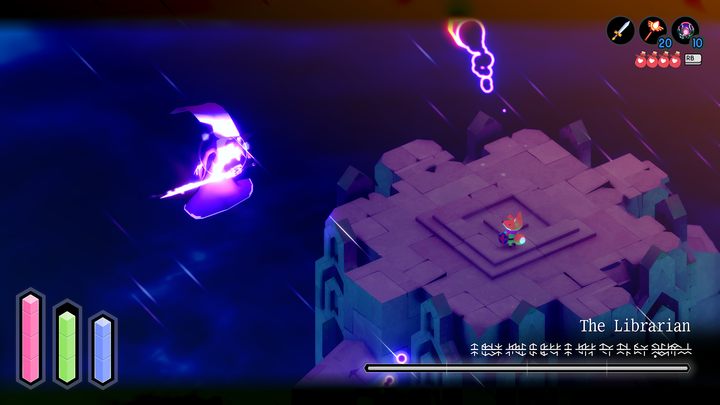 The arena where you are encountering the Librarian is not the biggest one, but if you take into account the fact that he hovers in the air for most of the battle and cannot be hit with a sword, you have no choice but to constantly mark your opponent by using camera lock target button (shift on PC and LT on the Xbox controller). This will allow you to be constantly facing the boss . 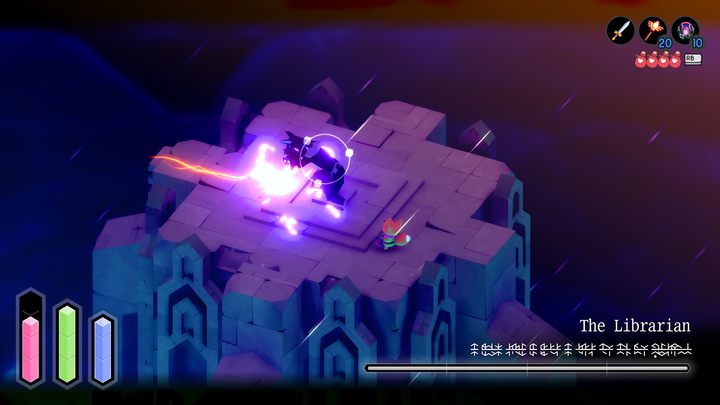 Maintaining eye contact with the Librarian is so important that he will be shooting various spells at you every now and then. So watch the boss' movements all the time - with most of them, well-timed side rolls are enough (this is especially important in case of the laser, through which you have to roll at the perfect moment in order to avoid taking damage). 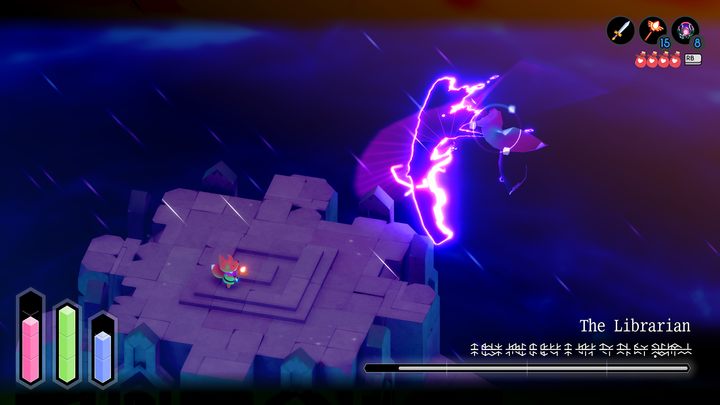 There is a time window in which you can perform a melee attack against the Librarian. However, he must first teleport and fall to the ground. If you just dodge his incoming strike at this point, you can afford to make a series of cuts. For most of the fight, however, we suggest using a wand , because it will allow you to attack him from a distance. So have some blue fruit with you to restore magic points, as they will definitely come in handy. 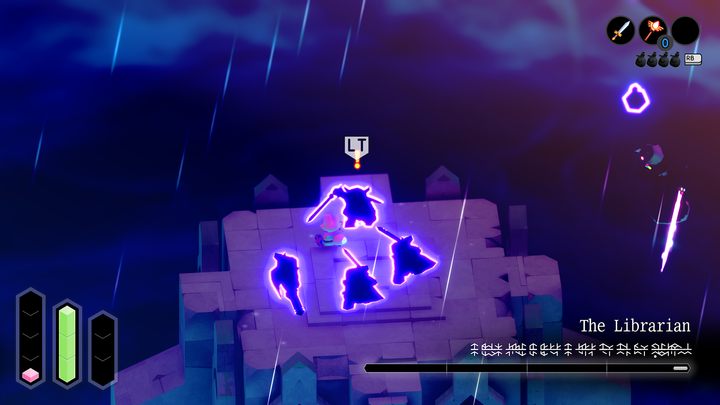 The most difficult part of the fight occurs when he summons groups of Rudelings or Phrends. You cannot ignore them, as they occupy a large part of the already tiny arena. Get rid of them with a few blows, but don't forget that the boss will keep trying to hit you with his spells. A bit of skill and a lot of reflexes will come in handy here.