On this page of the Tunic guide, we have prepared information about the third boss in the game, the Siege Engine, and a set of tips that will help you defeat him. The mentioned enemy can be found in the Fortress of the Eastern Vault . It blocks access to one of the three keys necessary to complete the game. 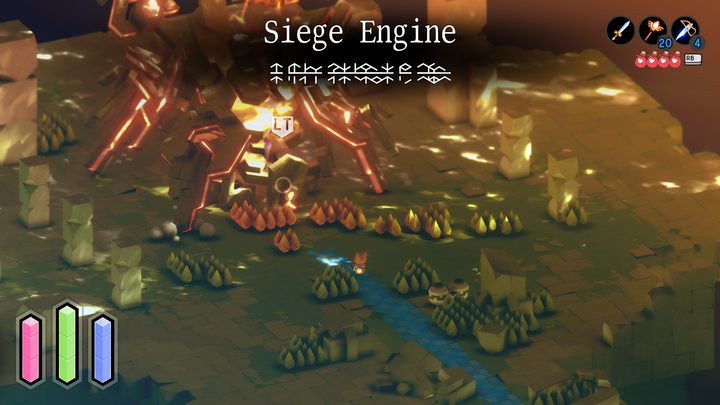 The Siege Engine is a robotic, spider-like creature that possesses a wide variety of combat skills. First of all, it should be remembered that it often uses its forelimbs to perform fast, hard-to-catch attacks and their slightly stronger variants. However, the latter are being initiated by a raised limb in the air for a second or two.

Siege Engine uses its stone face to launch even rarer types of attacks against you. First of all, it fires a series of missiles aimed directly at the main character. Secondly, it can perform an attack with a laser beam that lasts for a few seconds and moves along an arc in front of the boss. 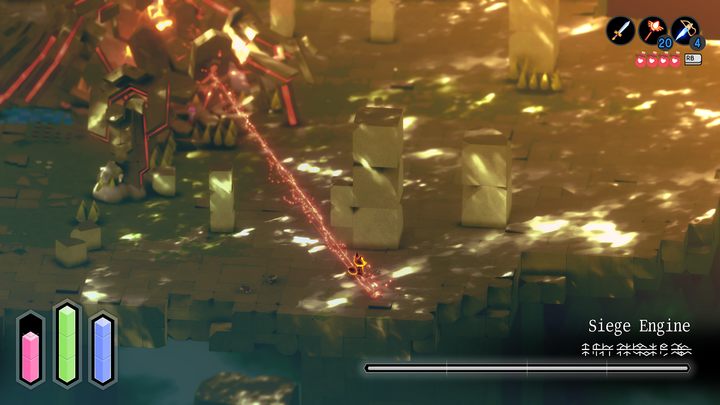 Siege Engine also has defensive and functional abilities. Every now and then it jumps back - sometimes to get away from the source of the damage, and sometimes to position itself in a comfortable position to fire at the fox from a distance. In addition, remember that this boss regularly summons Fairies , that is, basic enemies which use offensive and freezing projectiles. 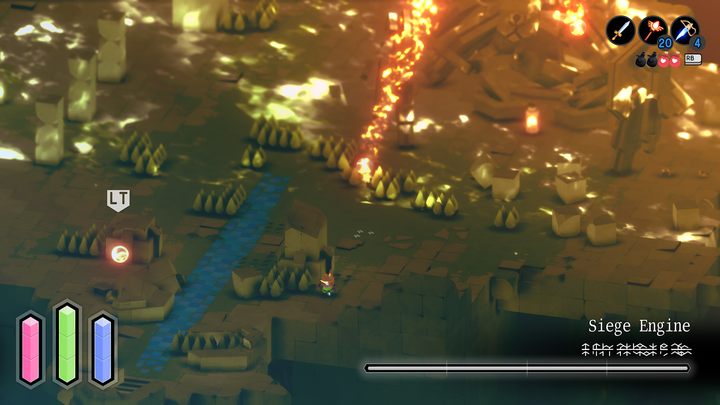 At the very beginning, the range of skills of Siege Engine and its size may slightly overwhelm and scare you. However, there is no need to worry, because it is by far the slowest boss in the game. And you must ruthlessly take advantage of its lack of mobility. The plan is simple - keep as close to the boss as possible, especially to the back of it, all the time. You will deal the highest damage to it by attacking its glowing abdomen. Also, you will not be exposed to frontal limb attacks of your enemy. 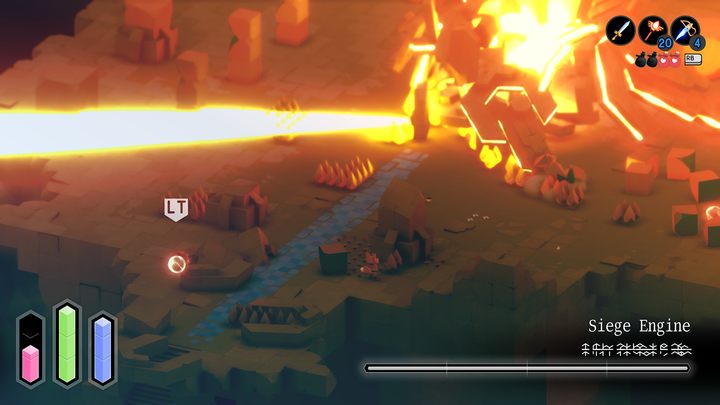 Of course, you will have to stay in motion all the time, because as you try to stay behind the enemy it will constantly try to turn around. However, Siege Machine does it so sluggishly and slowly that with a bit of concentration and luck you will be able to circle around it all the time and strike its abdomen. The problem may arise when the boss jumps back and you will have to approach him again. In this case, it's worth knowing how to avoid his ranged attacks. 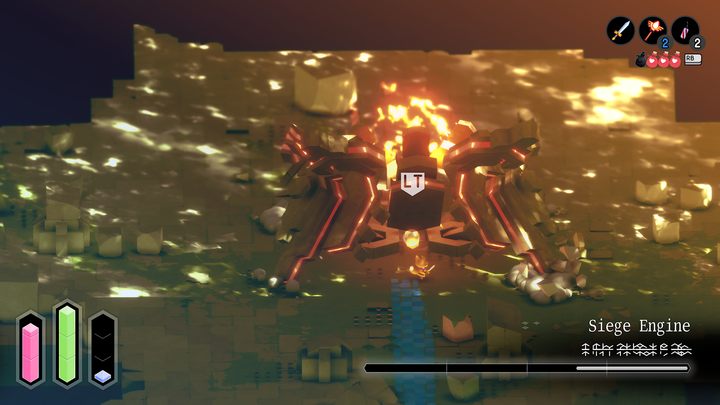 The easiest way to avoid missiles and lasers fired by Siege Engine is to use objects placed in the form of stones and broken pillars in the arena . The boss' projectiles do not pass through them, so it is enough to hide for a moment, wait out the attack, and then sprint towards the spider's adversary. 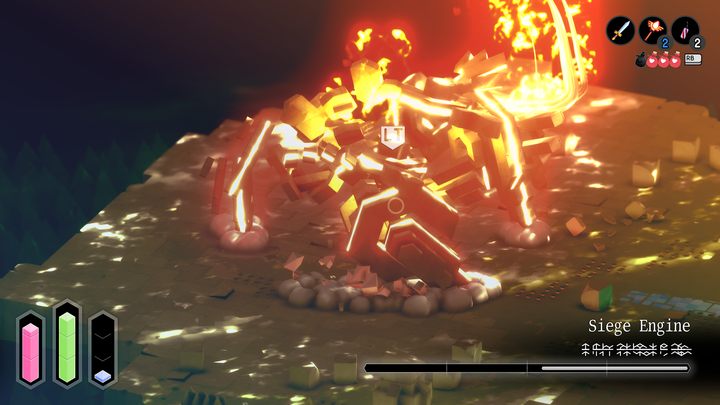 Every now and then fairies can make it pretty tough for you, but you shouldn't deal with them. As soon as these are summoned by the boss, pull out your wand and shoot at them. That should do the trick.