On this page of the Tunic guide, we have prepared information about the second boss in the game, the Garden Knight, and a handful of tips that will help you defeat him. You can find the mentioned opponent in the West Garden. It guards the passage to the second of the two bells required to open the Sealed Temple. 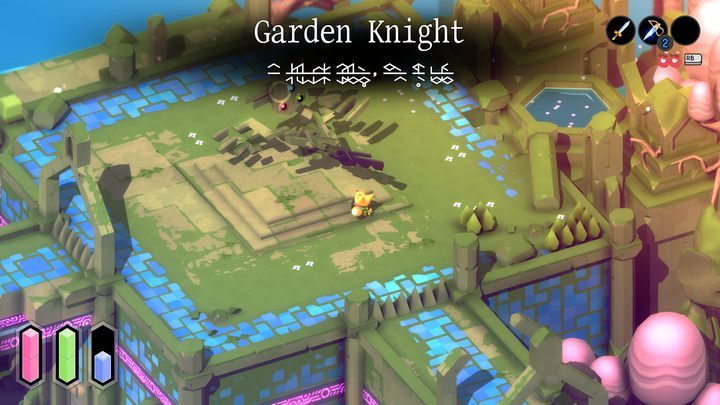 The Garden Knight uses both melee and ranged attacks. So it makes him dangerous at almost any distance. His most common move is a series of 3 attacks, in which he hits the ground, dealing area of effect damage in front of him. There are always 3 attacks - no less, no more. Remember that.

His next signature skill is kneeling down and then a sword attack which ends with an additional blow at the very end of the pirouette. You should remember that when he loses more than half of his health, he can combine both of the attacks mentioned above into a single combo. 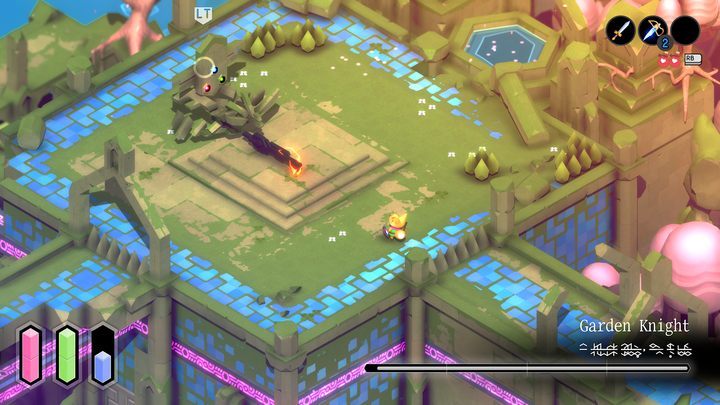 There is also the Garden Knight distance attack to describe. He stops and aims with his sword, which for a moment acts like a shotgun, and fires a series of three projectiles in a short time. They have a very wide range and fly a relatively long distance. If you get hit by any of these, you lose a large part of your health, and getting hit by the whole combo equals death. 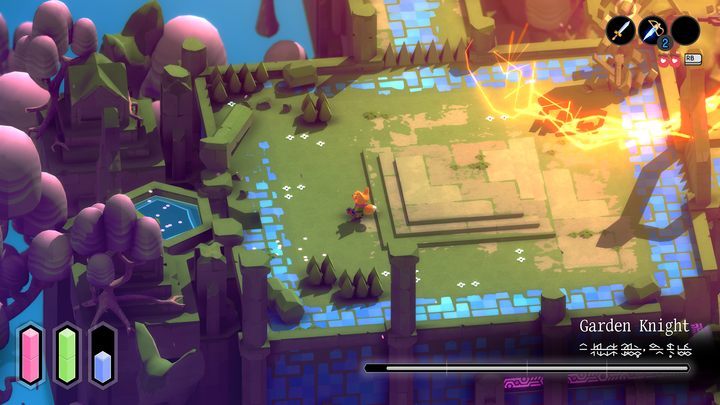 The Garden Knight will constantly put pressure on you, he will follow you, and it is difficult to run away from him to a safe distance. In that case, the best defense is attack. Try to keep him at a half distance - don't stay too far, because you risk getting shot, but also not too close, because his pirouette will be quite difficult to stop.

Maintaining medium distance will make the series of three blows his most used attack. While it deals massive damage, is actually the easiest one to avoid. If you see the Garden Knight is going to swing and you notice that his weapon is starting to fly towards the ground, roll sideways or towards the opponent, never backward. After avoiding such a combo, you will have the opportunity to deal 2-3 hits with the sword and prepare for further fight. 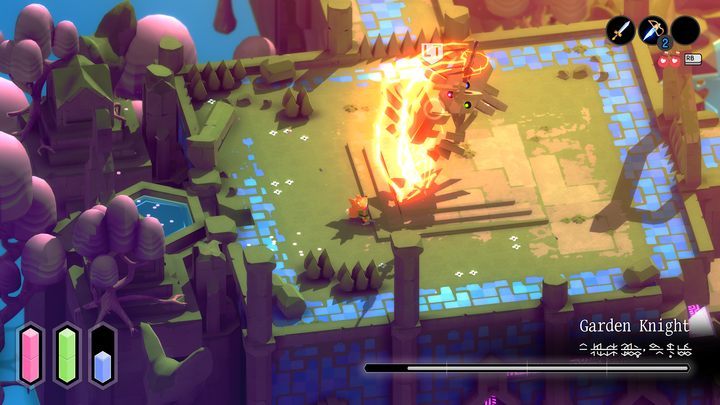 In situations where you see the Garden Knight kneeling down, and he's going to make the pirouette, just move as far as you can. After the animation of that skill ends, quickly shorten your distance to avoid being overpowered by him. After this move, it's not worth counterattacking, as it will result in taking unnecessary damage. 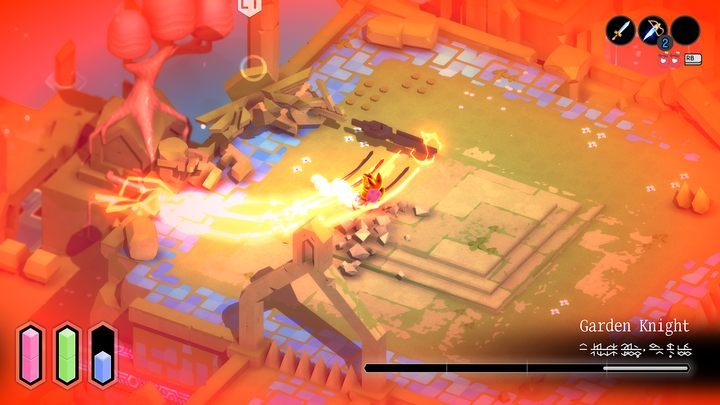 You can deal the most damage to the Garden Knight when he's preparing to shoot. Watch as he aims with his sword at you like it's a firearm. Then temporarily give up to maintain the half-distance suggested by us and approach the boss as close as possible. Running will not be enough here because you will get hit by projectiles on your way. However, you can avoid this by rolling forward to get closer to the enemy while he is performing this attack. When you manage to shorten the distance as much as possible, keep attacking the Garden Knight until he finishes the series of ranged attacks and stands up. 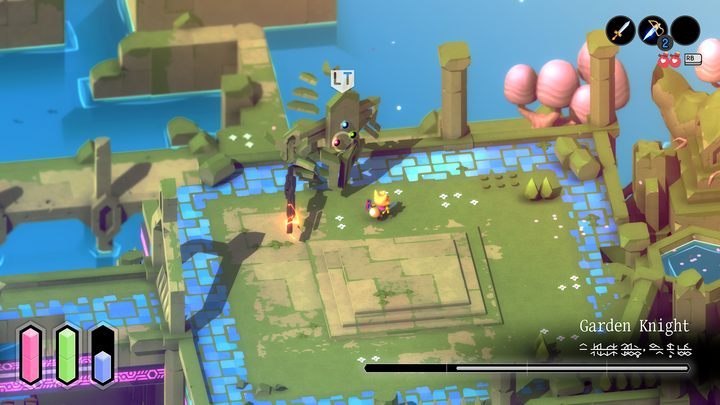 Do you want to facilitate the fight a bit? In one of the crypts by the path to the boss, you will find a magic dagger that will allow you to freeze him several times during the fight. Use this skill, for example, during the Garden Knight's attack animation to cancel it and gain a few seconds to land additional blows. All kinds of bombs are also extremely useful in the fight, especially when you keep a medium distance. The thrown bombs will land right under the opponent's huge legs and deal him considerable damage from the explosion.