On this page of the Tunic guide, you will learn the sword's location and how to find it. The sword is a basic weapon in the game that is necessary to deal with stronger enemies and cut down bushes blocking your way.

You start the game on a small beach in Overworld completely defenseless. Your first main goal should be to find the sword as quickly as possible. Therefore, you have to go to the East Forest located east of the Overworld and reach Hero's Grave there. 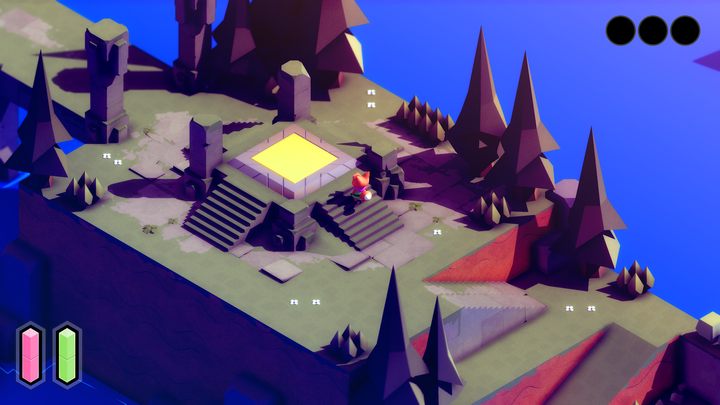 However, before you go looking, you have to find the stick - the first weapon you can find in the game. Although it deals little damage and is not able to cut through bushes, it will allow you to face minor opponents in the first minutes of the game. The stick can be found in The Hidden Vault marked with a torch. It's right next to the stairs leading to the first shrine (checkpoint) in the game. This shrine is practically in front of the point where you started the adventure. 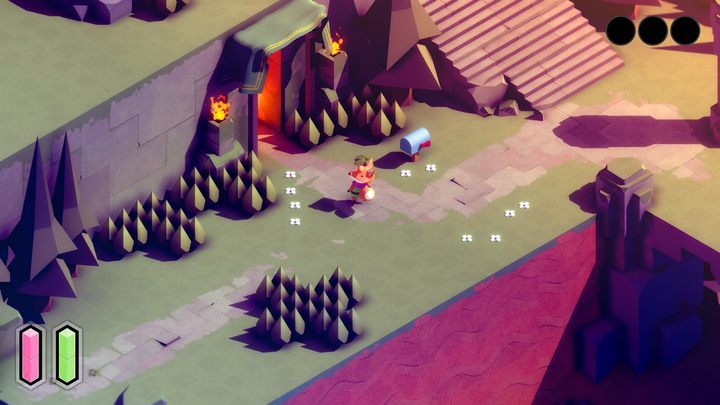 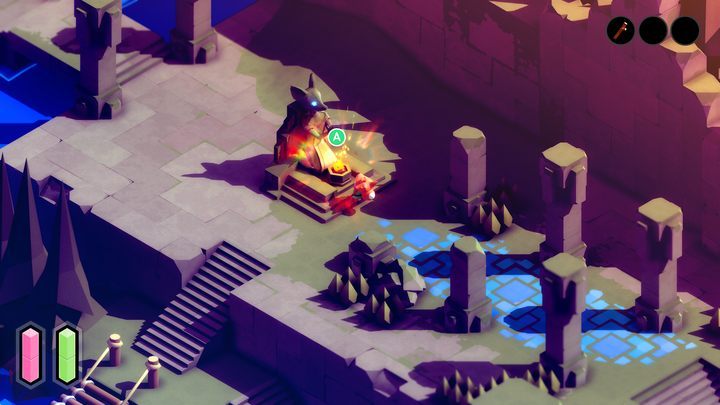 Once you have obtained the stick and unlocked access to the first shrine, go left from it, down the stairs, and through the bridge. You should find a key there, which you will soon need to open a locked door. You will find the door to the south of the shrine. Go down the stairs three times, and on the right, you will see a gate with a characteristic hole for the key you just found. A Slorm defends the gate, but with the stick in your hand, you should defeat it quite easily. 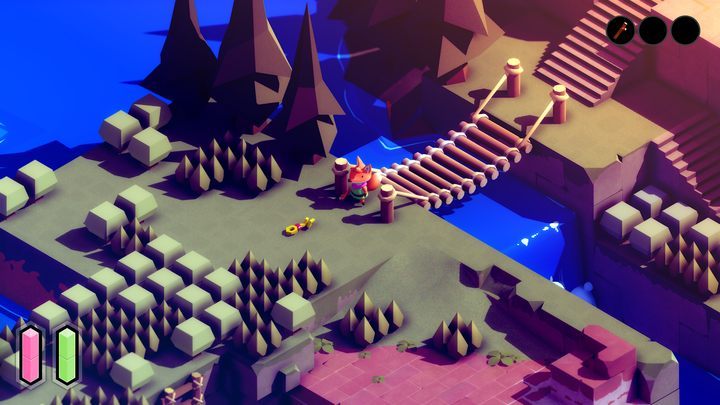 Your next destination point is a crypt marked with a torch. To find it, climb to the top of the two ladders, then go the stairs to a narrow passage surrounded by bushes and turn right. You've just reach the passage to the East Belltower. Inside, you will find a group of low-level opponents - deal with them or avoid them and stick to the right side of the wall. While walking along the wall, you will find a hole with a ladder into which you have to jump. Another checkpoint will be waiting for you downstairs. 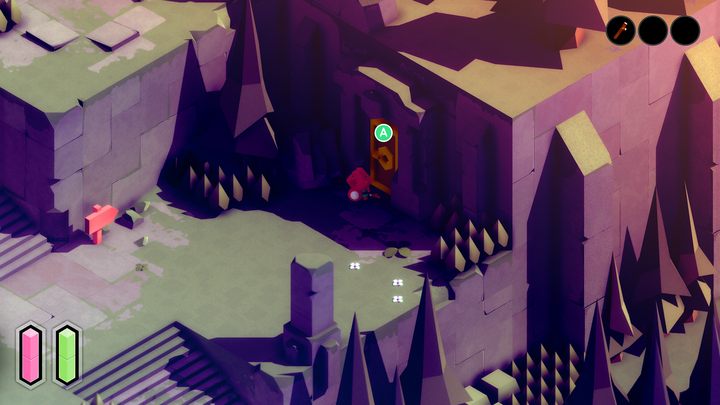 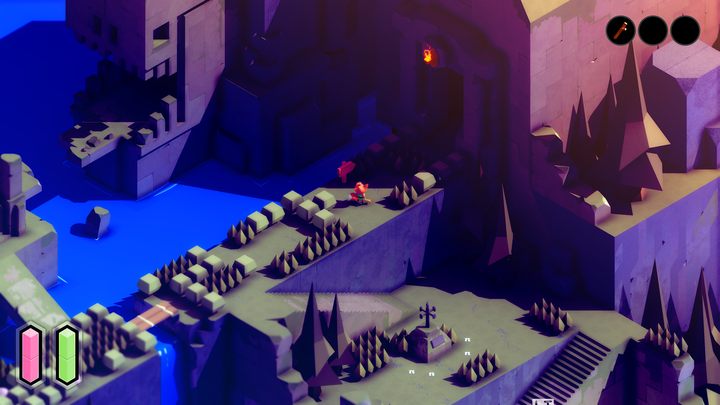 Now get ready for the most difficult part of the entire journey - you have finally found the East Forest, which is quite challenging to explore without the sword. You will also encounter distance-fighting opponents for the first time - as long as you don't have the shield, just use dodge. We suggest bypassing the group of opponents in the forest, as there is the third shrine in the game nearby. Interact with it and the enemies will stop chasing you. 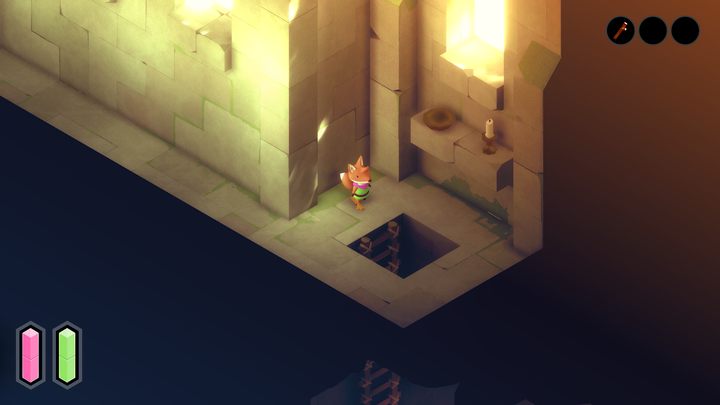 Keep walking the forest path until you see an entrance to a room. Ignore it though, and follow the sign along the hidden side path to the Hero's Grave Bypass the bushes, this time deal with the opponents, as you need room for a 1v1 match against Rudeling - a really demanding opponent considering that your only weapon is the stick. You will notice a locked gate. You can open it with the lever that you can find by going down the ladder to the right of the gate. 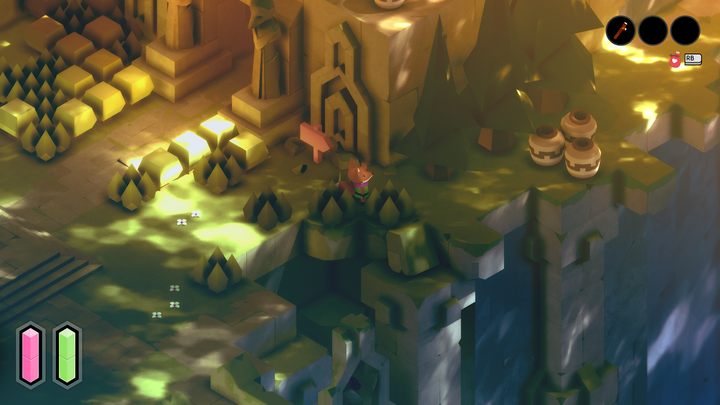 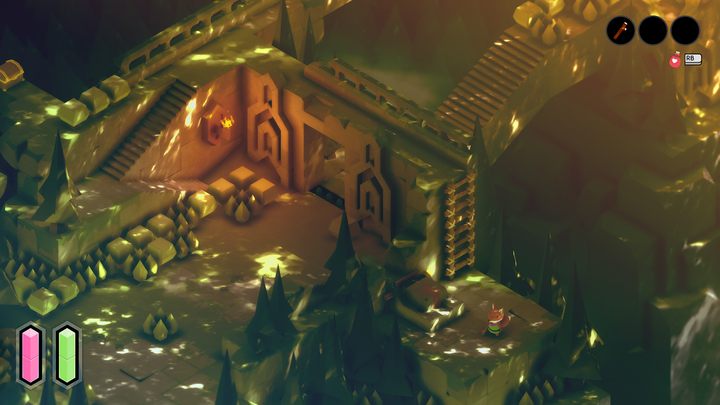 Here are the final steps to get the sword. At first, it may seem like a path is blocked by bushes, but to the left of them, you will find a small spot where you can squeeze through and be able to pick up the weapon for the first time. Go back to the last shrine found in the forest, and then go up to Rudelings - now you can face them as equal. Behind them, you will find a passage to the Guard Captain boss, and behind the boss, you will find the path to the upper part of the East Bell Tower where you will ring the first bell. This is one of the two bells you need to find the wand, which we describe on the page: Wand - how to find?.

You can learn how to defeat the Guard Captain in the Bosses chapter. 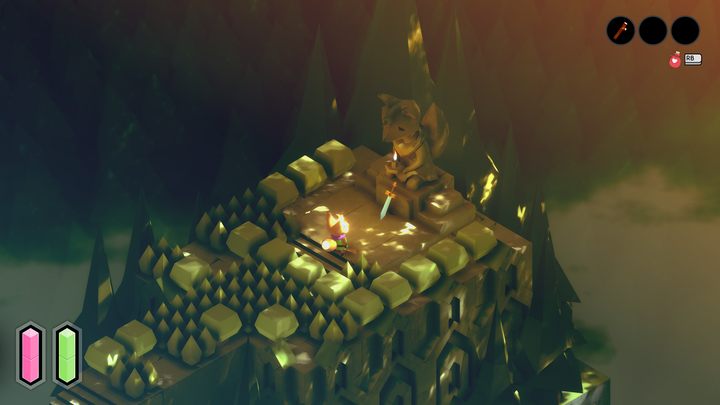