Penultimo of the Caribbean is the first mission you'll have to complete in Tropico 6. It is an introduction and a starting point for further adventure. In this section, you will find information related to the island on which you will have to play this mission.

The archipelago consists of four Islands. Because of the mission requirements, you have to build a Teamster Port on each of them. In fact, however, only three of them will really be useful - the small, completely flat one you can leave alone. 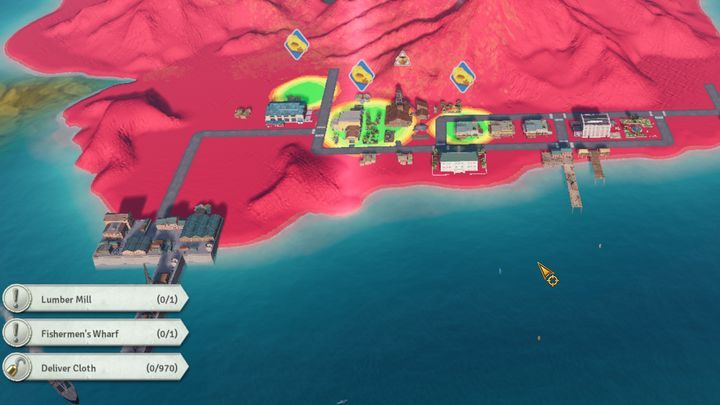 Especially the small island with geothermal springs will not only be an important element of the story, but also a source of income. Here you will find numerous gold deposits that you can freely exploit. This guarantees a significant income. On the Islands, you will also find significant sources of coal and iron. 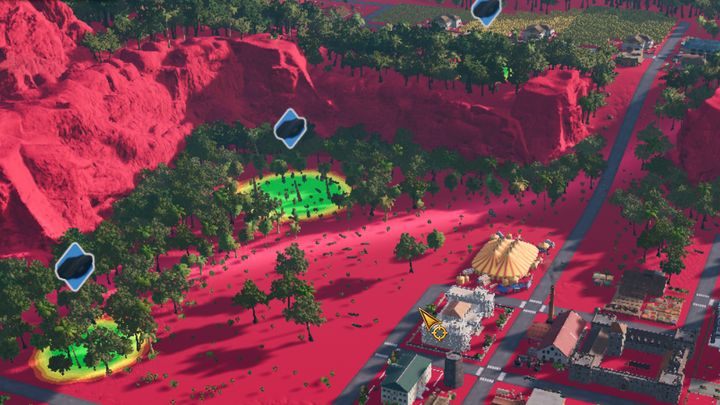 The archipelago is also conducive to the cultivation of plants and livestock. In addition to the volcanic island, almost every site is suitable for the cultivation of something. Thus, you will not have problems with this sector of the economy. Due to the fact that the mission unfolds in the colonial era, you will not be able to process most of the raw materials to a more cost-effective form.

The colonial era also requires you to mind the tenure time. If it ends, the mission will be failed. The crown you will regularly give you various tasks that will allow prolonging the term. They mainly rely on the completion of the trade agreement. In this case, it is best to sign it for the least amount of goods possible. Thus, the contract will be concluded faster, and the risk of complications will be reduced.

This site is not associated with and/or endorsed by the Kalypso Media or Limbic Entertainment. All logos and images are copyrighted by their respective owners.