El Presidente is back in the game. This guide to Tropico 6 is a complete collection of information regarding the next installment in the series of economic strategy games. Below, you will find advice on how to run your tropical paradise efficiently. This guide describes all the changes introduced in Tropico 6 as well as all the gameplay mechanics. 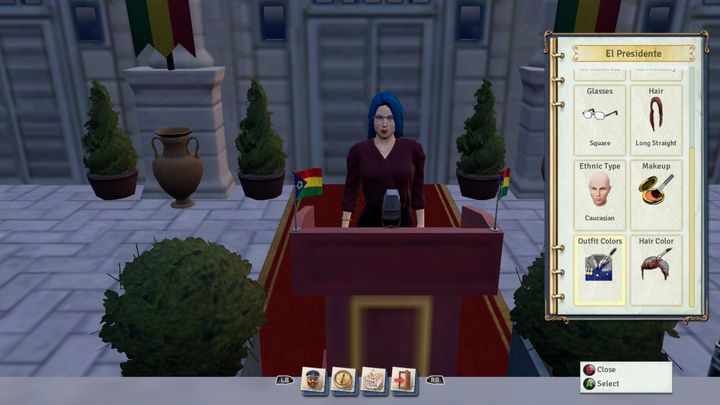 In Tropico 6 players once again assume the role of El Presidente - the leader of a small tropical Island state with absolute power over its inhabitants. Players can freely develop their vision of the world - no matter if they want to rule with terror or lead their people towards a bright future.

The gameplay does not differ much from what was featured in previous installments. Players are once again tasked with ruling their tropical state. You have to make sure to maintain your power for as long as possible, by building up people's trust, developing the economy, and maintaining good relations with other factions and superpowers.

How you accomplish that is entirely up to you. Your task is to remain in power and complete assigned objectives. There is no specific way enforced on you. This means you can take care of your people by tending to their needs, building up their trust, and as a result, winning the next elections. You can also rule with an iron fist and establish a totalitarian state, where citizens cannot vote and have no freedom, and every single sign of resistance is brutally vanquished.

Of course, Tropico 6 introduces many changes in comparison with its predecessor. Developers abandoned the Dynasty mechanics. This means, that during the game you will control only a single El Presidente. You can modify him during your playthrough, though. Additionally, there is a new option to modify the palace to fit one's preferences. Players can add additional objects around it, change the color of the ell, and also change the fence surrounding the palace.

Also, a single island has been replaced with an archipelago. Thus, you have to provide proper connections between particular islands. You can do that by building bridges and ports that facilitate transportation between different islands. Additionally, you can allow your subjects to travel using tunnels.

Other significant changes in Tropico 6 include raids - organized events allowing players to acquire precious resources, steal technologies, and recruit Broker - a mysterious character that will help you manage your money on a Swiss account.

This guide to Tropico 6 uses the following color-coding:

This section of the guide includes all the basic information about Tropico 6. With it, you will learn about all the changes that make this game different from its predecessors. Moreover, you will find some advice on how to begin your adventure with the game together with some details on particular eras.

This chapter focuses on mechanics you will encounter in Tropico 6. Among others, you will learn how to make your people happy and how to conduct foreign affairs not to cross any of the superpowers.

Tropico 6 does not bring numerous changes to the game visuals. Despite that, one needs a computer with relatively better specs to run the game. Below, you can find the minimum requirements your computer has to meet, in order for Tropico 6 to work without problems. 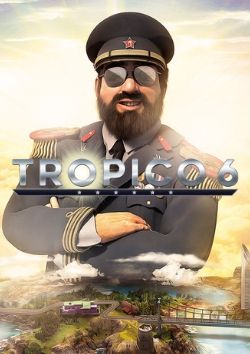 One of the installments in the economy strategy game series started in 2001 - Tropico. The game has been developed by Limbic Entertainment - the creators of Might & Magic X: Legacy and Might & Magic: Heroes VII.

Tropico 6 is a yet another installment in the economic strategy series, in which a player assumes the role of El Presidente, who rules a country located across tropical islands. The game has been developed by Limbic Entertainment  the creators of Might & Magic X: Legacy and Might & Magic: Heroes VII.

Like in the previous installments, in Tropico 6 for PC, PS4 and XONE a player is tasked with ruling a banana republic, maintaining his position as the ruler and completing all the tasks at hand. Because of that, one has to canvass the support of the society, tend to country's economy, erect new buildings, enter alliances with the neighboring countries, and suppress the opposition. Even though the gameplay's core has not changed since the previous installment, the developers decided to implement certain interesting improvements into the game.

For the first time in the series' history, in the PC, PS4 and XONE release of Tropico 6 the country is spread across multiple islands, all of which have to be managed by a player at the same time. This new element brings with itself new transportation opportunities  a player can build bridges and tunnels to join particular locations. The inhabitants can use these structures and cross them with their cars but also with public transport  buses, taxis, and even aerial cable cars.

The game also features the agents, who can be dispatched to different corners of the world. Their task is to steal technology  this includes blueprints of certain structures, such as the Statue of Liberty and The Eiffel Tower. As El Presidente, a player has to have a wonderful palace that can be customized using a wide range of accessories prepared by the developers.

A player has to consider his people in all his actions. In order to gain their favor, one can ensure them with a high standard of life or rule with an iron fist, turning the country into a police state. It is crucial for a player to have the support of the citizens whenever needed. What is worth mentioning, gameplay exhibits a light, even bantering atmosphere.

This site is not associated with and/or endorsed by the Kalypso Media or Limbic Entertainment. All logos and images are copyrighted by their respective owners.