On this page of the Trek to Yomi guide, we provide tips on effectively attacking and eliminating armored enemies. The technique we present involves using a Stunning Combination and a Finisher. 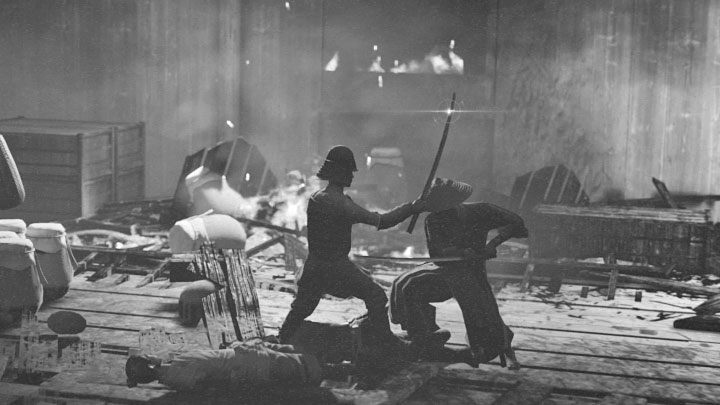 The issue of armored opponents will be significant after you advance to Chapter 2 because from this point on, they will face them regularly. You can easily tell if you are dealing with an armored enemy by its appearance.

Armor means that the opponent has increased damage resistance, thanks to which he can endure more of regular katana attacks. Also, shurikens and arrows will be ineffective on armored enemies, forcing you to change your tactics.

In the following sections, we have described a proven tactic for killing armored enemies, which you will be able to use to get rid of them more easily. 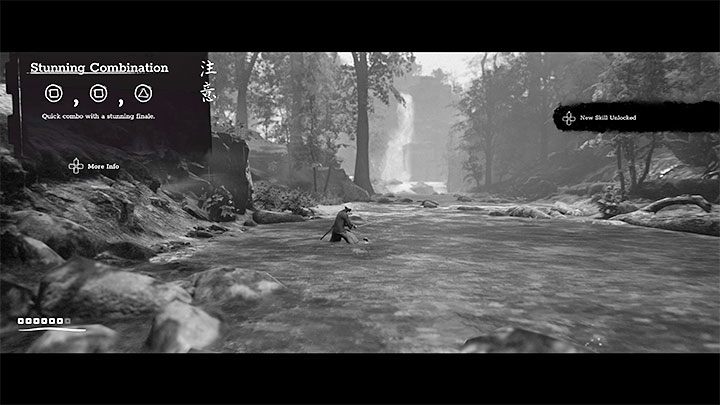 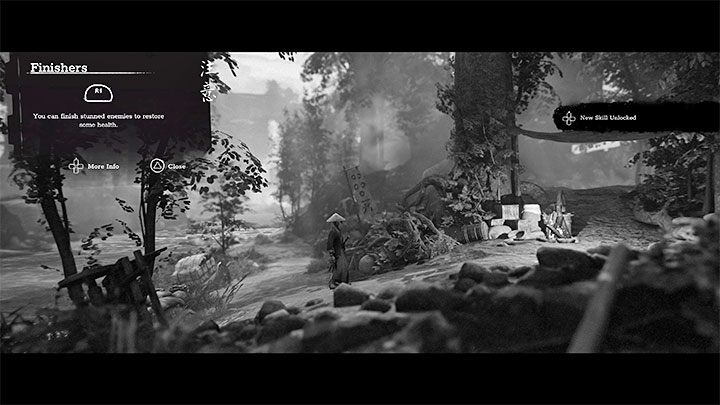 You will need 2 skills to perform all moves needed to kill armored enemies effortlessly. The good news is that you will unlock them automatically as you progress through the game. You don't need to explore any optional areas or look for scrolls.

Technique to get rid of armored enemies

This technique consists of 2 steps that you have to perform in the correct order: 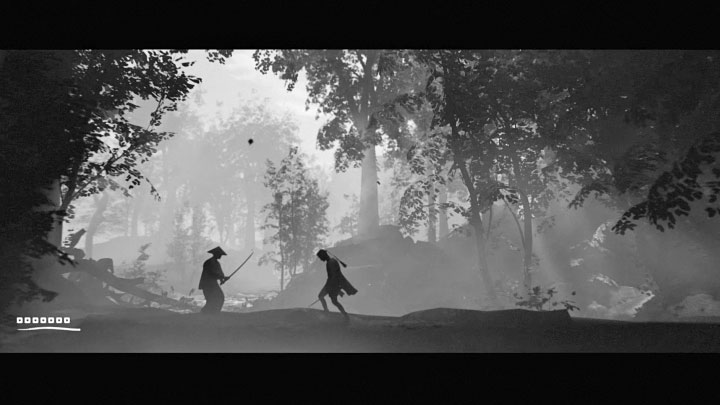 Step 1 - Stun an armored enemy: To do it, use a Stunning Combination you unlocked earlier. In order to perform it correctly, you have to press the light attack, light attack, and heavy attack buttons. The last attack is the most important because it should stun an armored enemy (example in the picture). It is worth noting that with some opponents, the action will be successful even if they were hit by the last 2 attacks, not necessarily all 3.

Later in the game, you can also unlock other stunning attacks that require pressing different buttons. You can use the first Stunning Combination or use the new moves. 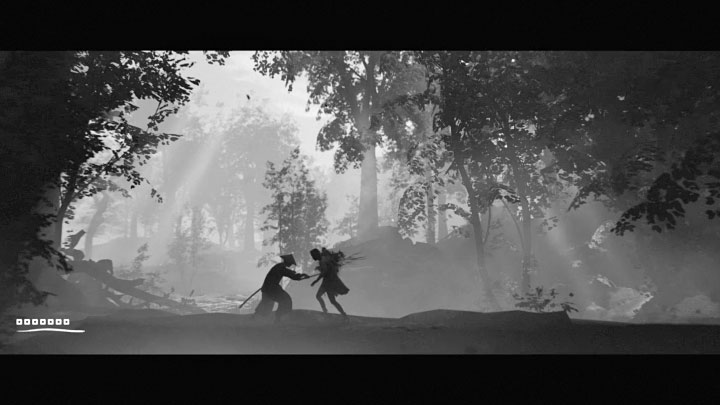 Step 2 - Execute a stunned opponent: After the combination stun the armored opponent, you will have a few seconds to launch the Finisher attack. To do this, you have to approach the enemy and press the appropriate button (R1 or RB on the pad). He will be brutally killed, and the duel will end immediately.

The technique described here cannot be used to perform quick executions on bosses and mini-bosses with "long health bars" at the top of the screen. You can weaken them with a Stunning Combination, but the game won't let you use the Finisher. Instead, you will always have to deprive the boss of the entire health bar.