On this page of the Trek to Yomi game guide, you can find information about the secrets from chapter 4. Our tips will help you find the main collectibles in this stage, namely the 10 artifacts as well as the stamina, health and quiver upgrades. You'll have an easier time reaching 100% completion in stage 4. 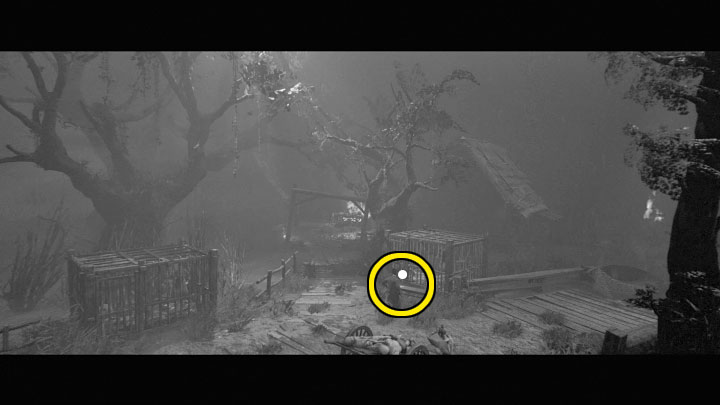 This artifact can be found soon after reaching the contaminated village for the first time, before the initial combat encounters. The screenshot shows a fork with a cage nearby, which is where the secret is hidden. 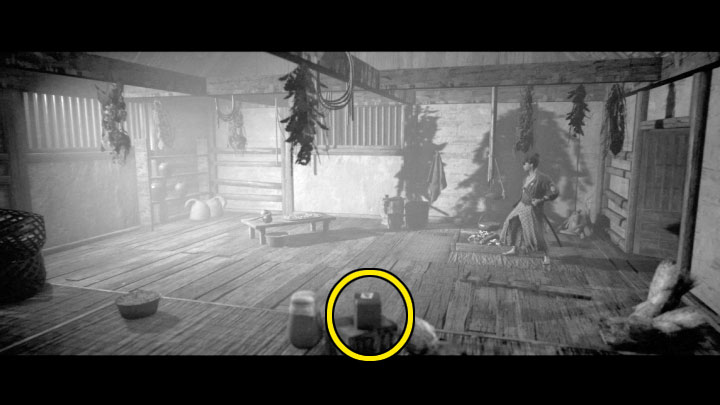 The secret can be found shortly after obtaining the previous collectible, i.e. in the first part of the contaminated village. After reaching the first big bonfire, check inside the hut on the left from the above screenshot. 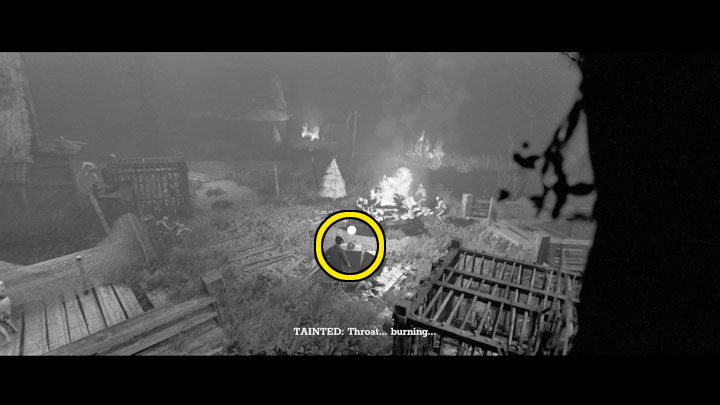 This is the final secret to be obtained in the first part of the contaminated village, before encountering the first monsters. To find it, head to the right of the first bonfire. You'll reach the location pictured in the screenshot with the second bonfire and the upgrade sitting next to it. 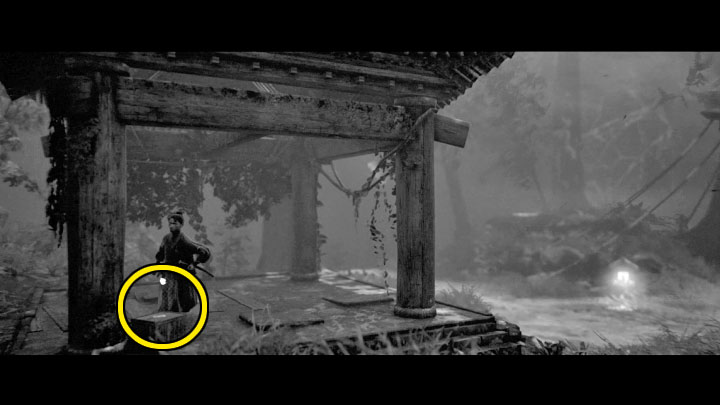 You can get this collectible shortly after defeating the first enemy samurai. You'll reach a shrine, but instead of immediately heading right, check out the left roofed area pictured in the screenshot above. 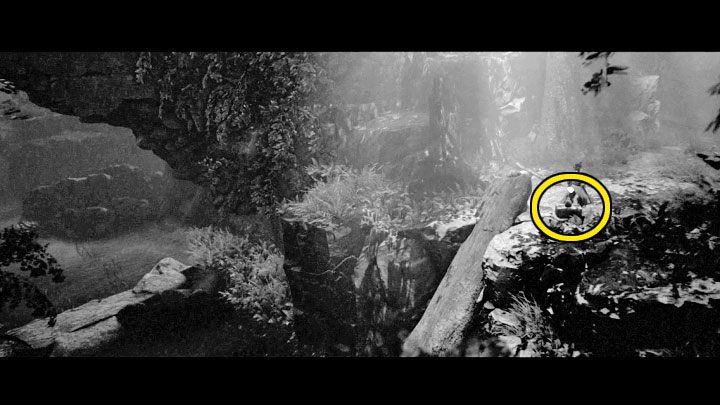 This secret can be obtained immediately after finding the third artifact described above. Keep going to the left of the shrine. You'll reach the side location from the screenshot, where you'll find the upgrade. 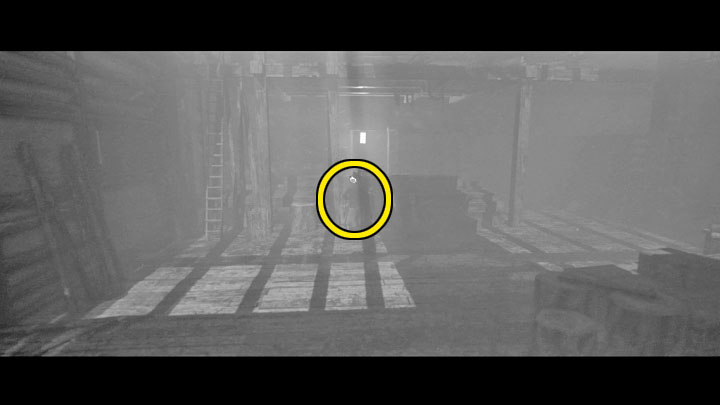 This artifact is obtained shortly after getting rid of the group of monsters by sabotaging the dam mechanism on the river. After the sabotage, head to the building on the right. The collectible will be on the ground floor. 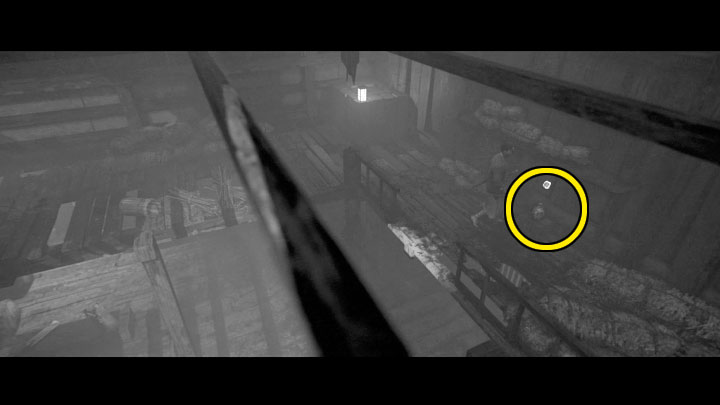 This secret can be found soon after obtaining the fourth artifact described above. Use the ladder in the same building to reach the attic. Eliminate the monster there and reach the section of the attic to the right, where you'll find the collectible. 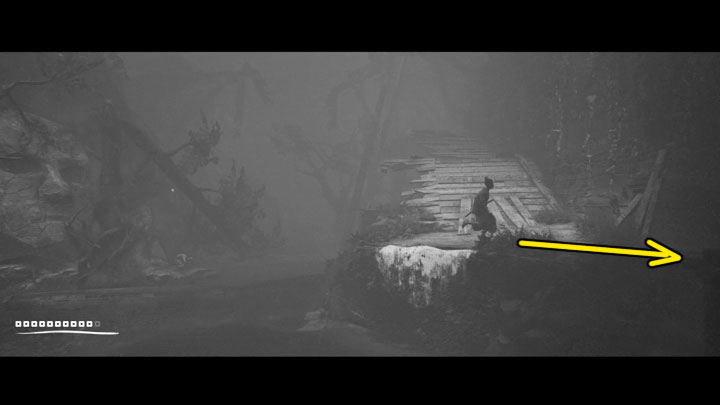 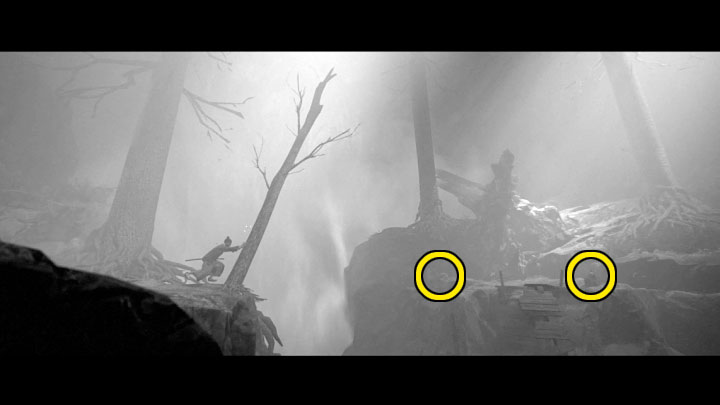 Both of these secrets are in the same hidden location. Soon after defeating one of the samurai, you'll reach the fork in screenshot no. 1 and you'll have to head right. You will reach the location from screenshot no. 2, where you have to knock over the tree and walk over it to the rock shelves with collectibles. 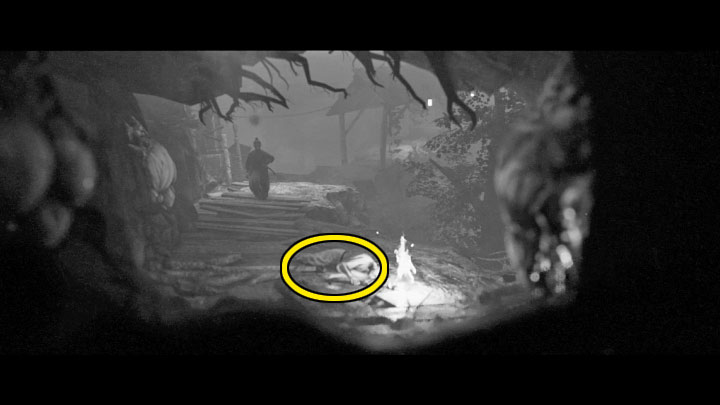 You can find the secret shortly after defeating the third samurai encountered on the bridge. After you get off the bridge, take the left path first and you will reach the area with the collectible pictured in the screenshot above. Watch out for cocoons while trying to collect the artifact. 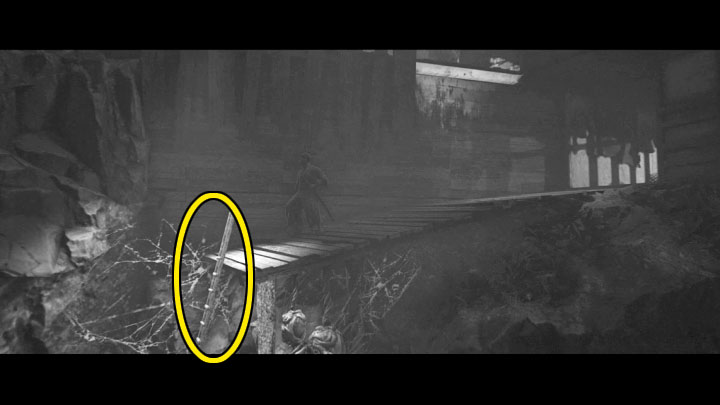 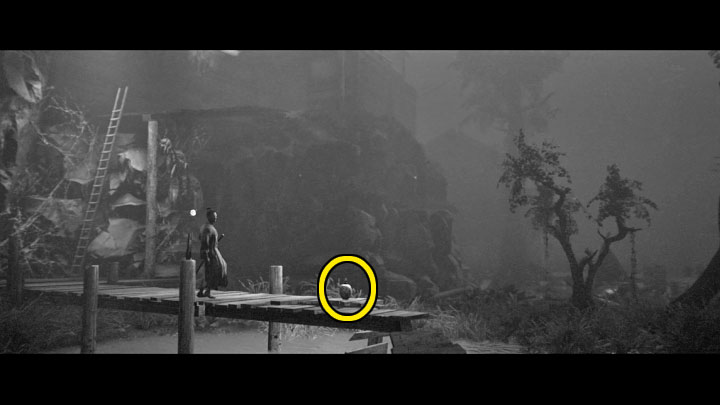 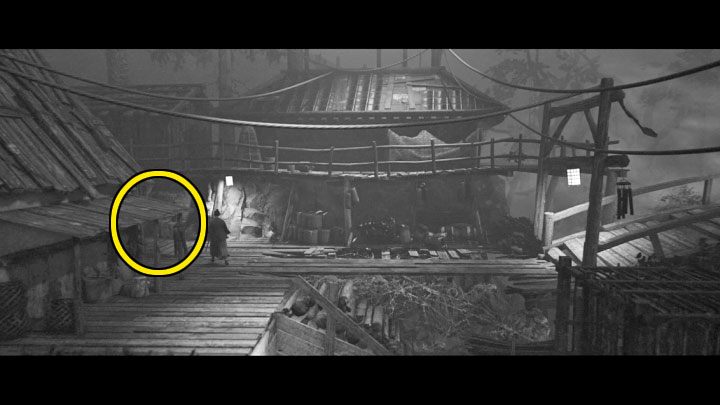 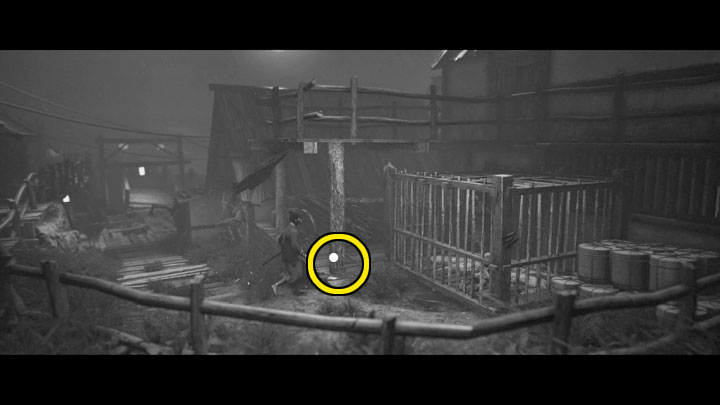 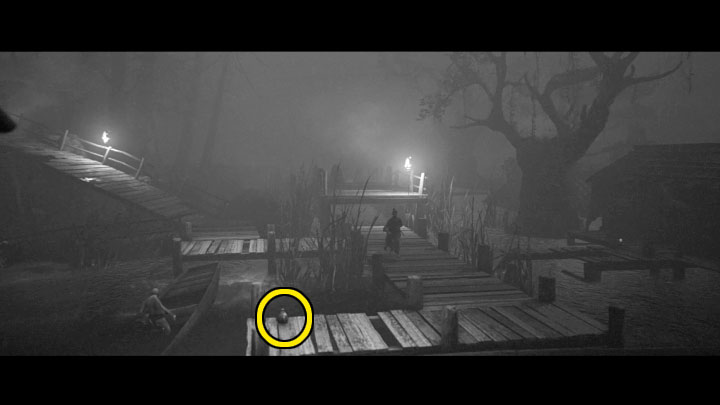 This secret can be found once you've reached the area with footbridges resembling a small maze. You have to reach the footbridge at the bottom of the screen. 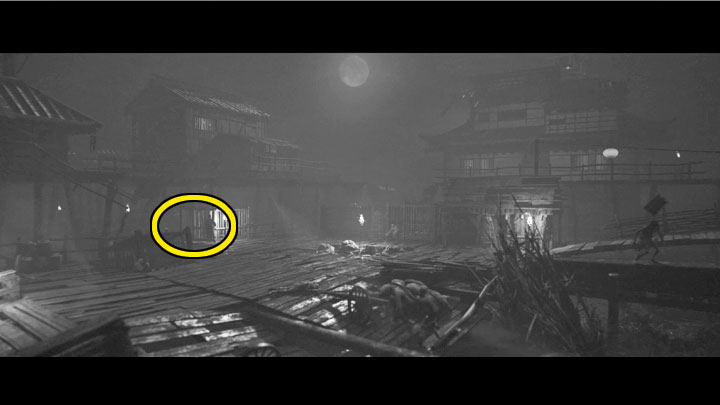 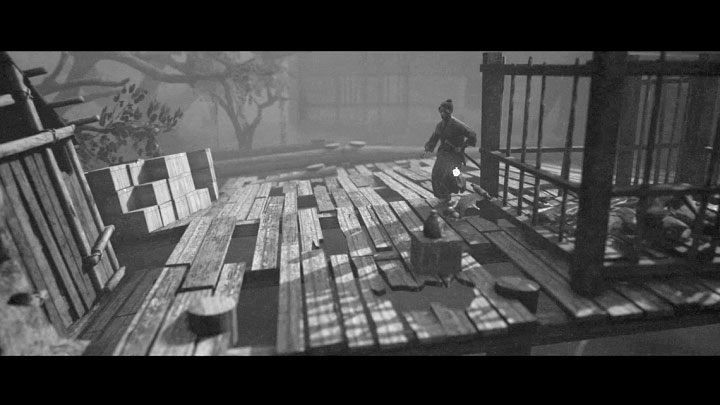 You can obtain both secrets shortly after dealing with Morimitsu and a group of samurai. After you reach the village section from screenshot no. 1, check out the obscured side passage on the left. Both collectibles are next to the cage from screenshot no. 2. 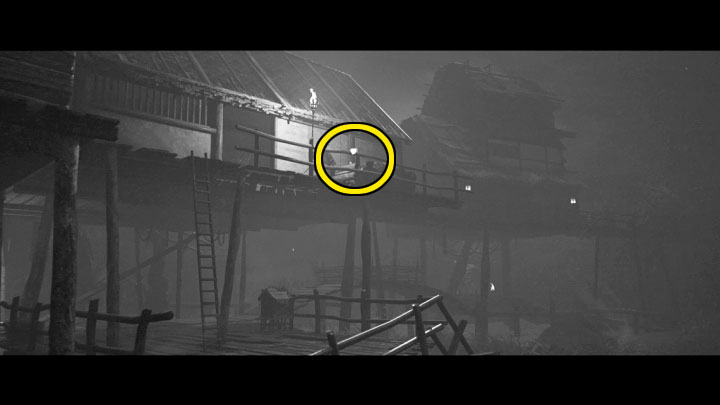 You can get the secret shortly after reaching the location of the shrine with a ladder next to it. Use the ladder to reach the marked collectible from the upper balconies. 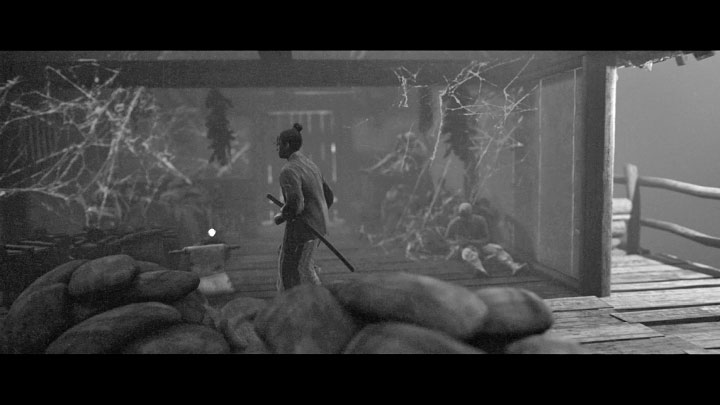 You can get the upgrade right after obtaining the 8th artifact. Enter the building where you previously found the aforementioned collectible. Inside you will find the secret you are looking for. 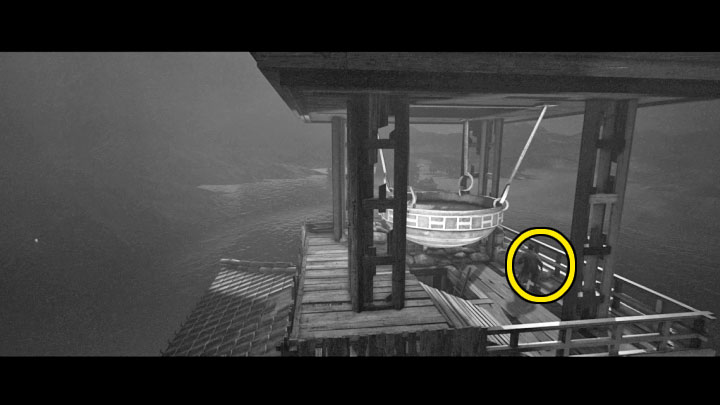 The upgrade can be obtained after reaching the large tower. Use the ladder to get to the very top, i.e. to the place where you can start a fire. The collectible is on the right (the picture above). 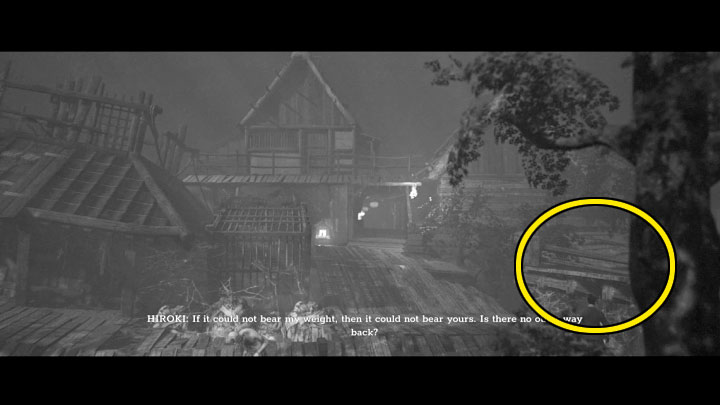 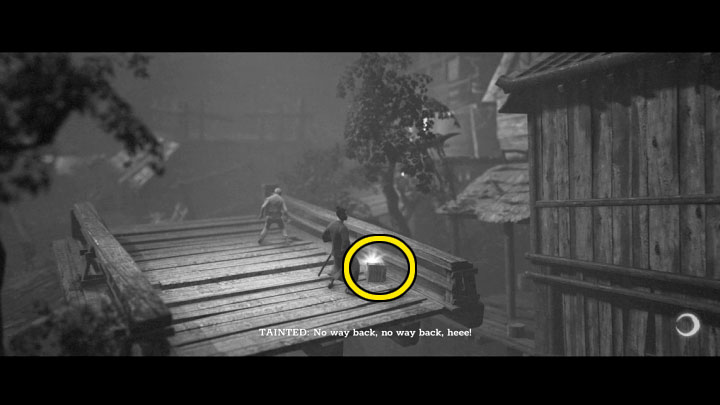 This artifact can be found after the escape from the tower sequence (the one involving the crumbling bridge). Once you've arrived in the area from screenshot no. 1, you'll need to climb to the ledge on the right. The game will load a separate side area here, where you can easily find the secret (screenshot no. 2). 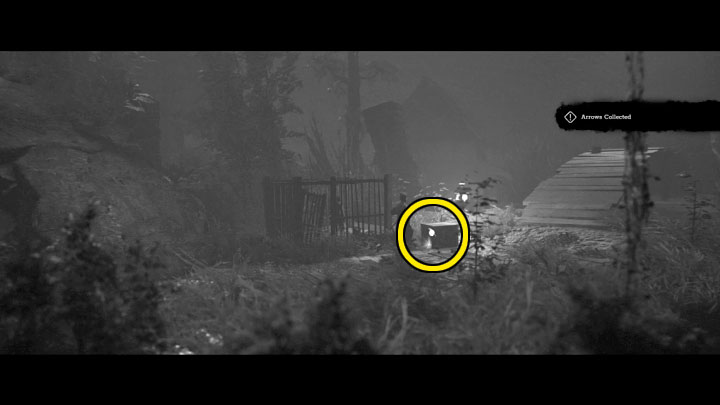 This collectible is in a very obvious location, near the path leading towards this chapter's boss fight. You'll reach the location pictured in the screenshot once you've descended down the steep slope.