Most of ToF consists of combat against various opponents. The devs encourage you to get better at it by adding additional modes to test your skills. This page of our Tower of Fantasy guide describes Interstellar Exploration.

How to start the Interstellar Exploration mode? 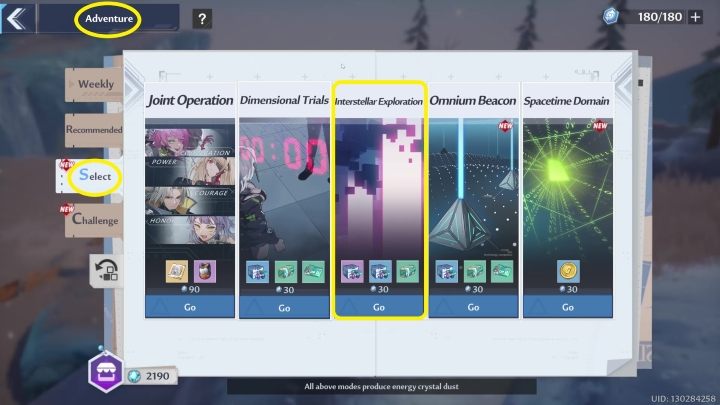 To start Interstellar Exploration you must first enter the Adventure menu (upper-right corner), then the Select tab. You'll learn more about the Adventure menu on a separate page. You must be at least level 21 to access the challenge.

Each run of Spacetime Domain costs 30 Vitality. It's a sort of energy which replenishes overtime. You'll learn more about it on the Vitality - what is it? page. 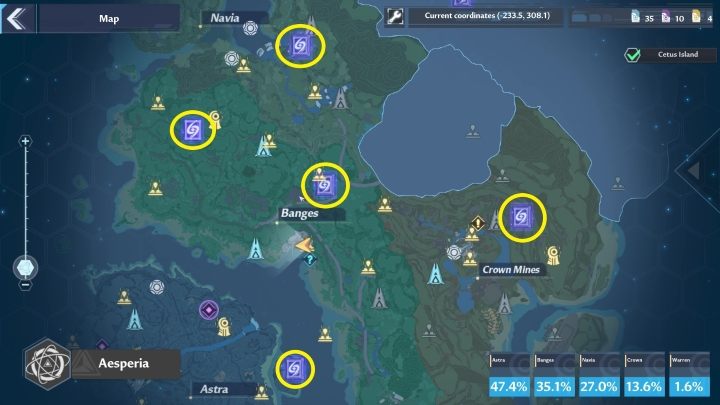 After pressing the Go button you'll be transported to the world map, with all the gates marked on it. This mode can't be started automatically - you must personally visit one of the gates. In-game, they look like purple rifts. You may find them even without actively looking for them.

Clicking on a gate displays the rewards you'll receive for clearing the arena inside. Make sure you check them before entering. The rewards consist mostly of experience and weapon upgrade materials. 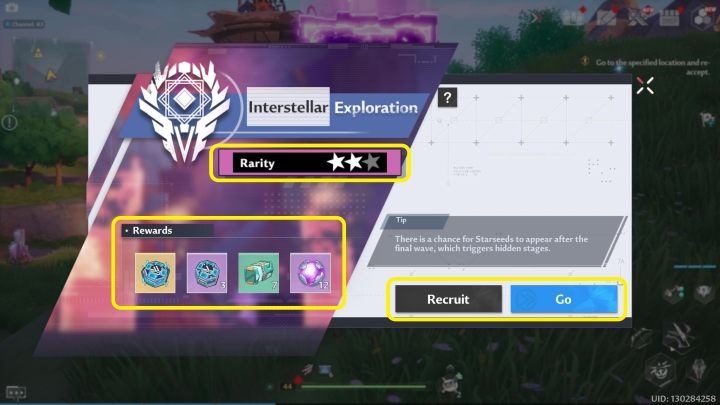 Interacting with a gate displays the card pictured above. The gate's Rarity is equivalent to its difficulty. The higher it is, the better the rewards it offers are. Under the gate's Rarity you'll see the rewards you can receive for defeating all enemy waves.

At the bottom right there are two buttons which start the challenge. The Recruit button triggers matchmaking and tries to find allies for you. The Go button immediately starts the challenge solo. 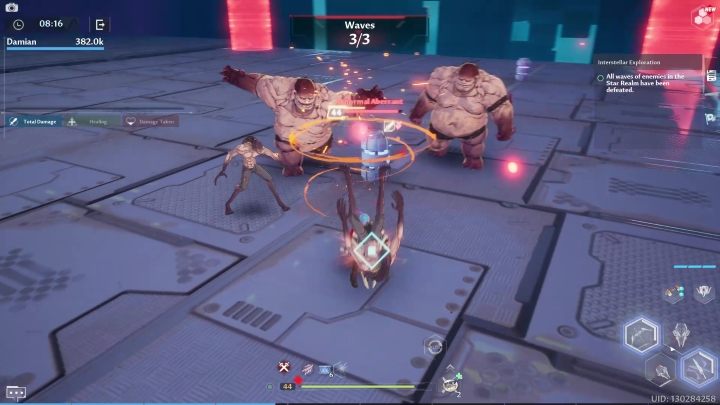 During Interstellar Exploration you'll face three progressively tougher waves of enemies. The first wave consists of weak, regular foes, while the last one pits you against powerful, tough opponents. Throughout the challenge you're also on a time limit, displayed in the upper-left corner.

Defeat all three enemy waves to redeem your reward. There is a chance, however, of a Starseed appearing after the final wave. Interacting with it triggers a mini-boss fight. Defeating this opponents rewards you with a Gold Nucleus.

The gate vanishes once you beat it. If you wish to keep playing Interstellar Exploration, you must first find a new rift.