Gacha is the biggest common link between both of these games. The system works by spending in-game currency on random materials or weapons useful for combat and exploration. 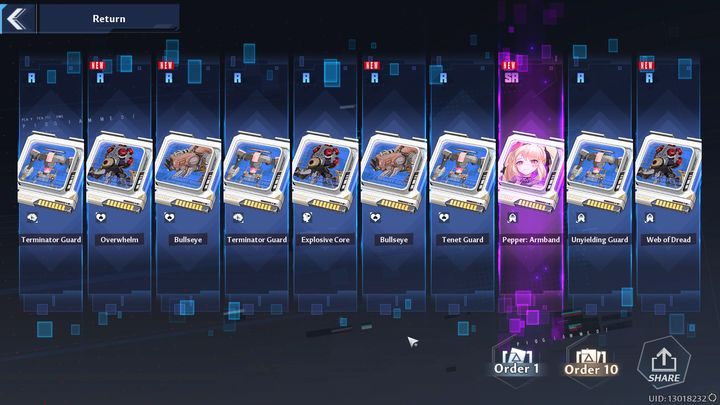 Genshin Impact features several different banners at once, though they always come in two types: character banners and weapon banners. Every 10 Wishes you'll receive a guaranteed 4-star character or weapon. The game features a pity system - if you spend 90 Wishes without receiving a 5-star character or weapon, it will be guaranteed on your 90th pull. The issue is that the game doesn't feature a Wish counter and it resets when you receive a 5-star.

The gacha rules in Tower of Fantasy are very similar. There are also several types of banners here, though they come mainly in two types: Simulacra banners and Matrices banners. Just like in Genshin, every 10 Orders you'll receive a guaranteed SR Simulacra or Matrice, an equivalent of a 4-star weapon/character. The gacha system in ToF distinguishes itself from the one in Genshin Impact by being more rewarding - every 80 Orders you will receive a guaranteed SSR Simulacrum, equivalent to a 5-star Genshin character. The counter is visible at all times and doesn't reset even if you manage to pull an SSR Simulacrum earlier.

On top of that, when pulling for Matrices, the pity cap is set to 40!

Tower of Fantasy's gacha system is much more accessible and friendly to F2P players. This is mainly due to the lower values you must reach to acquire the best wepaons and accessories. The pity counter doesn't reset like in Genshin Impact either.

Though Tower of Fantasy is an MMO and Genshin Impact is an aRPG, both games come with Multiplayer and Co-Op. Which game offers a better, more extensive Multiplayer though? 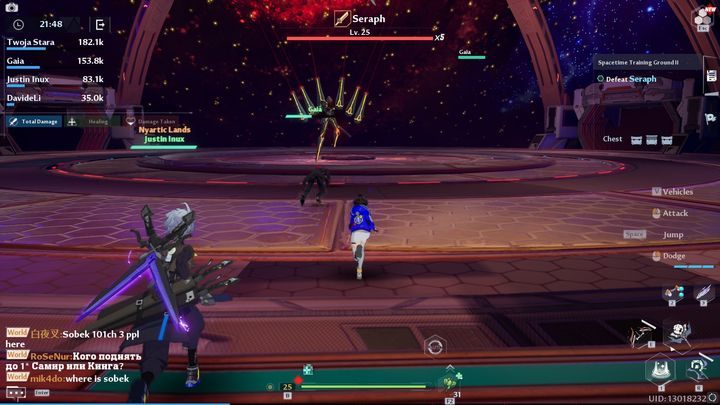 In Genshin Impact the players can enter Co-Op mode, which lets you explore other players' worlds, help them fight enemies or collect materials. You can also create a party and invite other players to help you complete domains, which is how you acquire artifacts enhancing your characters. This is, however, pretty much it for online play in Genshin. The game is mainly built around Singleplayer.

ToF is an MMO, so it should be obvious what it entails. You can encounter many other players while exploring the world, talk to them, create parties, defeat World Bosses and participate in special challenges and events by spending Vitality (equivalent to Genshin Impact's Resin). It also features PvP, something Genshin does not have.

Multiplayer-wise, Tower of Fantasy wins by a landslide. Still, Genshin Impact sometimes features special events, during which players can compete against each other.

Exploring the world is important in games such as these, not only to see new areas and views, but also to experience the story and acquire special rewards.

Tower of Fantasy grants you some good rewards for discovering new areas and opening Supply Pods (equivalent to GI's chests). It also features some relics and vehicles you can use to quickly traverse the map. As a downside, there aren't many fast travel points available in the game.

While there aren't an vehicles in Genshin Impact, there are many fast travel waypoints scattered all over the map. The areas's aesthetics and the way they're structured are much better thought out than in ToF. There are also many more puzzles you can solve for prizes. Many puzzles in Tower of Fantasy require help of another player and can't be solved on your own.

There's no clear winner here. The question which game does exploration better is highly subjective and both games reward you for discovering new areas.

The user interface is very important, as it can make your experience much less pleasant if cluttered and not thought out well. Which of these games has a better interface? 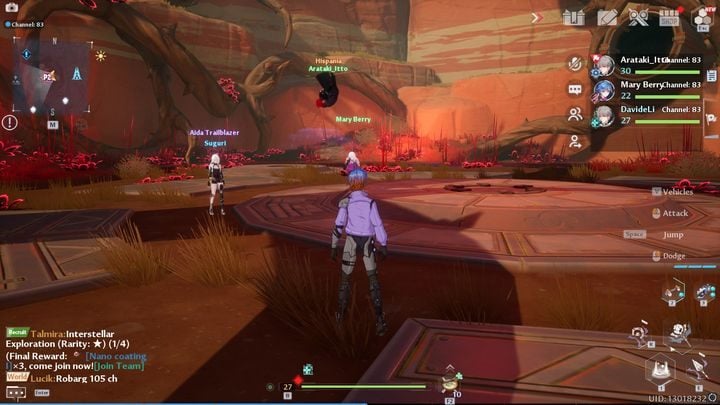 Tower of Fantasy constantly displays a ton of elements at once. There's a minimap on the left, the chat window in the bottom-left, on the right you'll find skills, weapons, info about your active team and various tabs opening up new options. Navigating all the tabs is difficult, mainly because each tab redirects you somewhere else. The icons are placed unintuitively and are often too small to notice what they say. Remembering where every icon is and what it is for is also difficult.

The interface in Genshin is much clearer in comparison. There aren't many things cluttering the screen. Switching between the character panel, Wishes, the map and other tabs is much easier and faster. The tab also have descriptions which tell you where they'll take you.

Genshin Impact wins this comparison by a landslide. Unlike the developers of ToF, Genshin's developers segregated everything into a single, minimalistic menu.

After discovering all the areas, maxing out your characters and weapons, you may start thinking there's nothing more to be done in the game. A good endgame can quickly dismantle this perception. Which game does its endgame better? 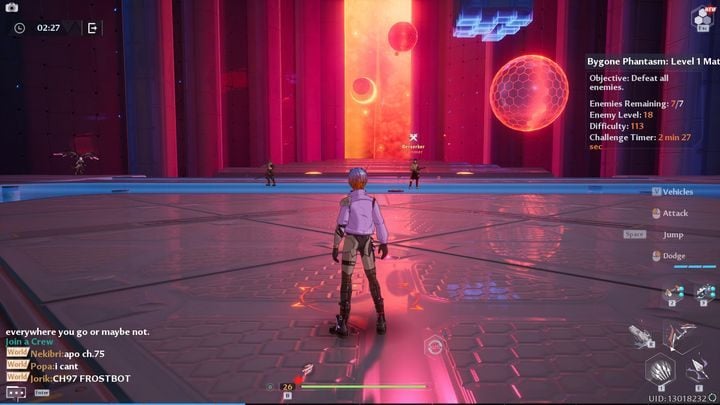 Once you reach Adventure Rank 50/55 in Genshin Impact (equivalent to Wanderer's Level in ToF), all you have left is waiting for a new patch while participating in endgame activities. Apart from the Battle Pass, a special singleplayer mode that is Spiral Abyss, spending daily Resin and completing daily commissions, there is nothing left to be done that could keep you playing for longer than an hour daily.

ToF, however, has many more endgame activities. PvP mode, Battle Pass, several modes dedicated to high-level players, World Bosses, Crews and mini-games help diversify the game. This makes the endgame in Tower of Fantasy much better, as you still have things to do after spending all your Vitality.

First, we emphasize though one of the games was inspired by the other, they both belong to different genres. This page summarizes the important mechanics and features that are similar between them. Comparing these, Tower of Fantasy seems to be a much better package, though it still needs a lot of improvements such as the user interface or character animations. Still, it's much friendlier to F2P players and those who wish to interact, help or compete with other players.

Genshin Impact is more focused on singleplayer. Though obtaining better characters is more time-consuming and the game is much more grindy, it's still a great production that's worth checking out, especially if you prefer to explore and battle enemies alone.