Combat will be your main activity in ToF. You should therefore know as much as possible about it. This page of our Tower of Fantasy guide explains the basics of the game's combat.

In order to fight enemies in Tower of Fantasy you need weapons, which are obtained by completing quests and purchasing gacha pulls. You'll learn more about it on a separate page: Special Orders - pulling for characters and weapons.

Tower of Fantasy lets you wield several weapons at once you can switch between during combat. This is encouraged by energy bursts you can generate by switching weapons. There are several weapon types available - swords, spears, ranged weaponry. Each weapon is also equipped with a specific element.

You should always have a few weapons at once equipped in order to be prepared for any situation. 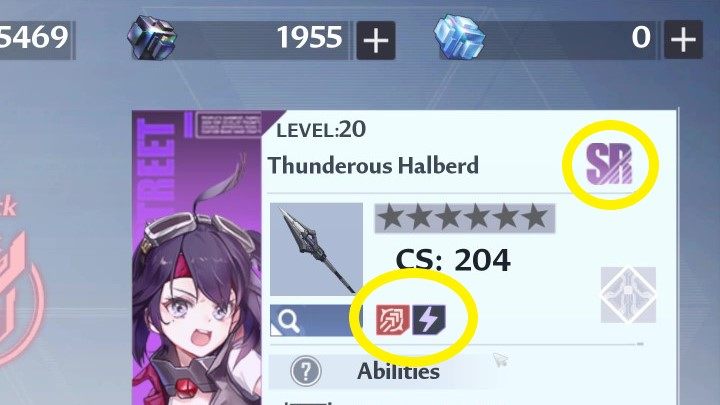 Each weapon has a certain rarity assigned (R, SR or SSR). You can recognize it thanks to its color, the rarity is also marked on the weapon's card. Common weapons are usually pretty weak. This doesn't stop you from enhancing them. We've described the process in more detail on the Enhancing weapons page. 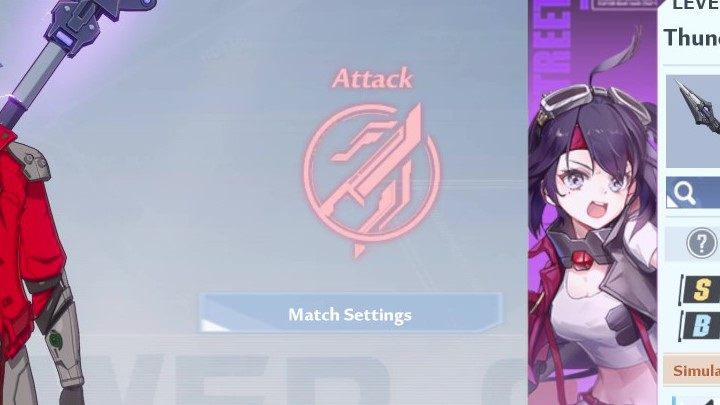 Some weapon types can synergize when equipped at the same time, granting you different bonuses. This is also known as the Resonance effect. As an example, equipping two offensive weapons at once will further increase your attack. You can check the available powers in the center of the screen, under the amount of gold in your possession. You can only use one at a time. 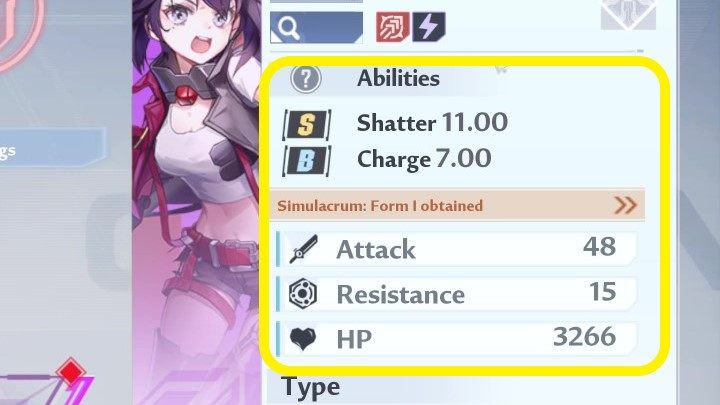 You should also, obviously, pay attention to the weapon stats themselves. They can be found in the Abilities section on the weapon card.

The first two listed stats are Shatter (how good the weapon is at breaking shields) and Charge (how quickly it charges). These only matter when using the weapon.

The three remaining stats are passive bonuses granted to you by the weapon even if you're not using it at the time (though it still has to be equipped). 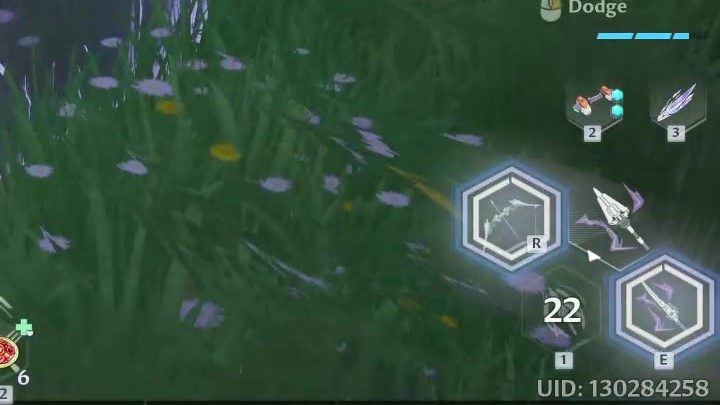 During battle your weapon charges, and when it does so fully, you can use its accumulated energy for devastating special attacks. Each weapon type comes with its own unique abilities.

You can use your currently wielded weapon to execute a strong attack, which recharges after use. Your equipped weapons you're not currently uses also gather energy during combat. If they fully charge, you can switch to them to execute a different special move.

You'll find the weapon's charge level in the bottom-right corner of the screen. 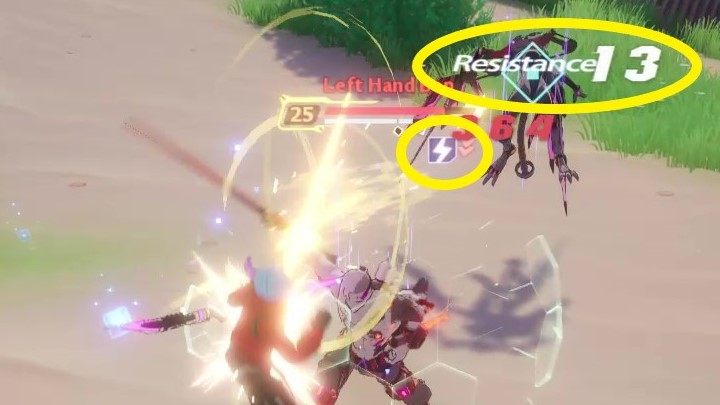 Some enemies are vulnerable to specific elements. You'll learn their vulnerabilities thanks to the icons under their health bars. That's why it's a good idea to have weapons employing different elements on standby.

Stronger enemies can generate shields during combat. They reduce the damage taken by them. Moreover, the shields can protect against certain elements (this differs based on the type of the shield). If you attack an enemy with an ineffective weapon, the game will notify you by displaying a "Resistance" message.

The most powerful enemies are also equipped with extra armor you must deplete before you can damage them. 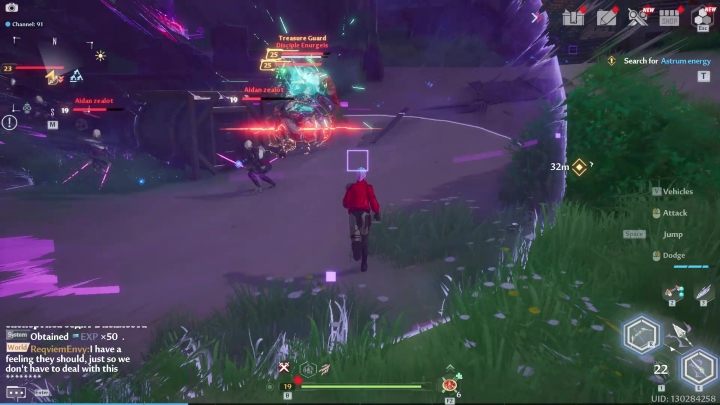 Dodging in ToF is limited by a cooldown, which means you can't overuse it. The game makes up for it though thanks to the perfect dodging mechanic. If you dodge right before an enemy hits you, a purple bubble will appear around you, freezing time for all the enemies caught inside. This will grant you a few precious seconds to attack them risk-free.

There are two main ways of restoring health. Your health will start regenerating on its own, five seconds after finishing combat (if your Satiety is high enough). During combat you can heal by consuming meals. You'll learn more on how to acquire them on the Cooking page.

There are several types of normal attacks. The easiest one is a quick hit (left mouse button or B button on the gamepad). It should also be emphasized that if you hold down the button responsible for this attack, you will charge it (however, it is not available for all weapons).

To use stronger versions of attacks, you can also try to attack enemies from the air (perform a normal attack while in the air and observe the effects). If you attack an enemy right after dodging, you will do a different move.

During a fight (and outside of it), you can acquire various statuses that have a positive or negative effect on your character. Most of them last only for a moment and are inflicted by opponents. However, there are also some that you can last longer. An example of this is the power you choose as the Resonance effect. 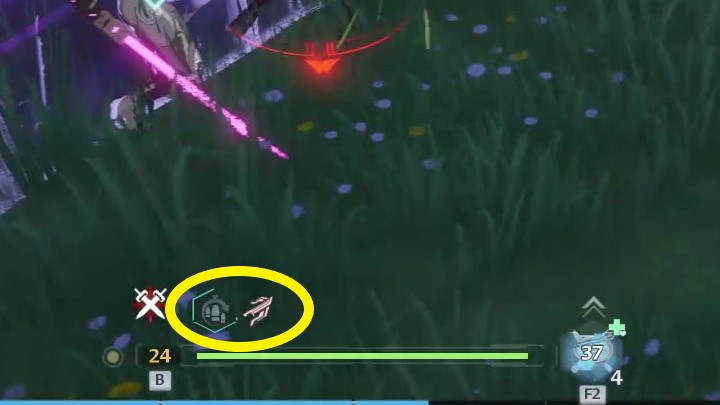 You can check the status of the current statuses affecting your character above the hero's health bar at the bottom of the screen.