The guide for Total War: Warhammer II contains all information that are necessary for understanding the game's mechanics. You can find descriptions of all mechanics - such as developing your provinces, public order or recruiting armies.

Here, you can find detailed descriptions of all races available in the regular version of the game: High Elves, Lizardmen, Dark Elves and Skaven along with descriptions of their mechanics, presentation of their available armies and tips for playing as them. The guide also contains advices for how to move on the map, rule your provinces, diplomacy and battles.

In addition to that you can also find tips for the story aspect of the campaigns - fights for the Great Whirlpool.

Total War: Warhammer II is the second from the three announced games set in dark fantasy world known from tabletop wargames and fantasy roleplay games created by Games Workshop. This game is a break from other titles from Total War series which are based on real world history. Creative Assembly's games combine elements of managing your country in turn-based system with huge battles that take place in real time. 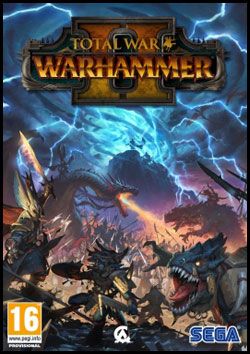 Another installment in a popular series of strategy games created by Creative Assembly. Unlike the first part of the subseries, which was set in the Old World, this time the players travel to the west, where they wage a war across four continents: Ulthuan, Naggaroth, Southern Realms, and Lustria. Four races take part in the conflict, i.e. the High Elves, the Dark Elves, the Lizardmen, and the Skaven. Each of these factions fights for control over the Great Vortex, which they can heal or disperse using various rituals. Once more, gameplay in Total War: Warhammer II is based on two pillars. In a strategy map view you move your armies, manage economy and expand cities (all this in turns), while battles are waged in real time on 3D battlefields. Each race has its unique mechanics, units and heroes. Besides, owners of the first and second game can download a huge map that combines both game worlds.