This page of the guide contains information on the use of lords and heroes in Total War Warhammer 3.

Lords have one task - they are the leaders of the army, and each of your units must have one. These are powerful and can change the course of a battle. In certain factions (e.g. Khorne) lords are even required to fight in the front lines. Remember, however, that if a lord dies, it will have an impact on the morale of your soldiers. The commander's death often means the end of a battle. Therefore, you not only have to defend them, but also try to eliminate the enemy's lords as quickly as possible.

Remember that lords have different classes. They include melee specialists as well as units that prefer to stay at the back and cast spells. Remember about it during battles.

Heroes have different uses depending on whether they are part of the army or act alone. 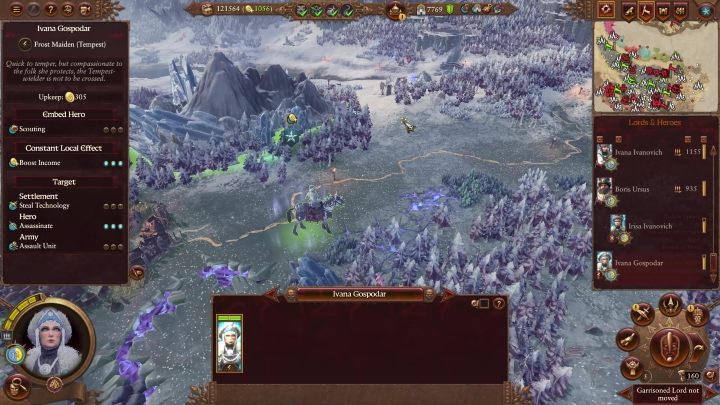 A lord operating outside the army acts as a support for the provinces. His exact results depend largely on the skills you chose when levelling him up. Depending on the type, he can support growth, fight hostile corruption or counter enemy agents, etc.

Within the army, your heroes act like a lord. You can use them during battle to cast powerful spells on the enemy or fight in the front line (depending on the type).

Heroes in the army also provide passive bonuses, i.e. unit health regeneration or greater view range on the campaign map. It's always a good idea to have one on hand.