On this page of the guide, you will learn how to start with Nurgle's Scourge. 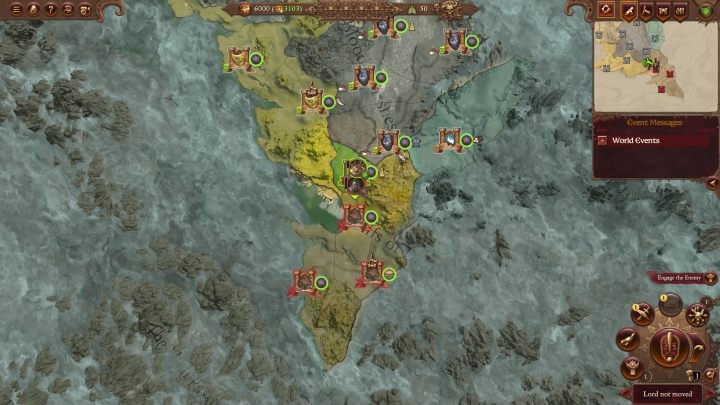 You'll start the game in the north of the map. You are at war with the Ogres in the south right from the start. This will be your first enemy, as other neighboring nations are neutral towards you (at least for now). 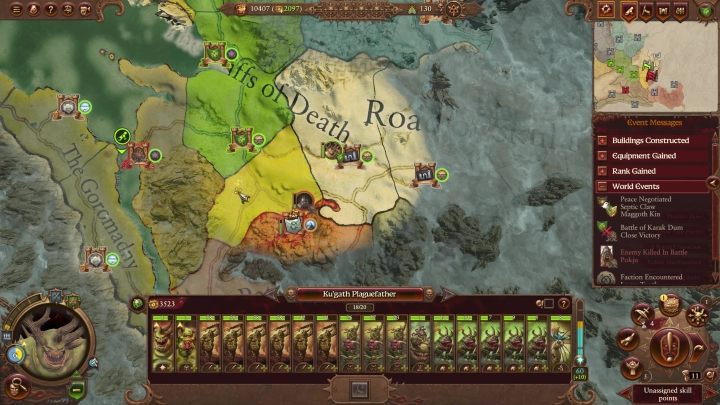 Once you've conquered your third settlement (Mount Stormvrack), pause your military campaign for a while and head east to take the ownerless Fort Dolganyeir and Zamoski. Hurry up, because the provincial capital belongs to Khorne daemons, who sooner or later (but rather sooner) will send their own army to take over these settlements.

Once you've captured the independent settlements, create a medium-sized army in Fort Dolganyeir, because due to the province separation and the corruption of other nations, you can expect revolts quite regularly. You can solve this problem by defeating the faction that will own the capital of this land, and by strengthening your influence. Firstly, however, you need to deal with the wars you're already waging.

You can also consider a different solution. The rebellions happen very regularly. With a medium-sized army, you can easily destroy the rebel units that will appear. This will give you a regular steady boost of Infection. This is very useful especially in the early game.

Next, defeat the Dwarf faction in the south. They are automatically at war with you and will regularly invade your country. Once you've dealt with them, you can conquer the last coastal Ogre province. 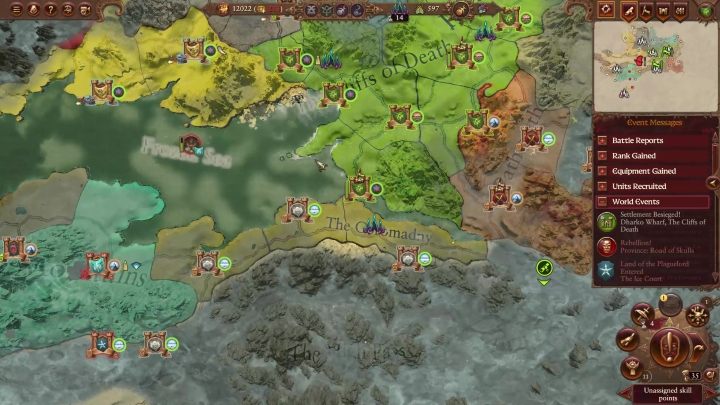 After defeating all obvious enemies, you will have many options. First of all, establish friendly relations with the Nurgles from the north of your country. They are a potential partner for alliances and confederations. You can also take over the capital of the Road of Skulls province (you already have all other settlements).

However, you should definitely secure the south as soon as possible. There is an enemy Dwarf faction across the sea. If you don't stop it, it will regularly invade your lands (or at least until someone else stops it, but there is no point in waiting). It will also give you a good position to plan your next attack - on the lands of Kislev.

Regardless of your further decisions and how the campaign unfolds, the future of Nurgle is in your hands.