The following page contains tips on useful buildings and technologies for the Nurgle faction in Total War Warhammer 3. 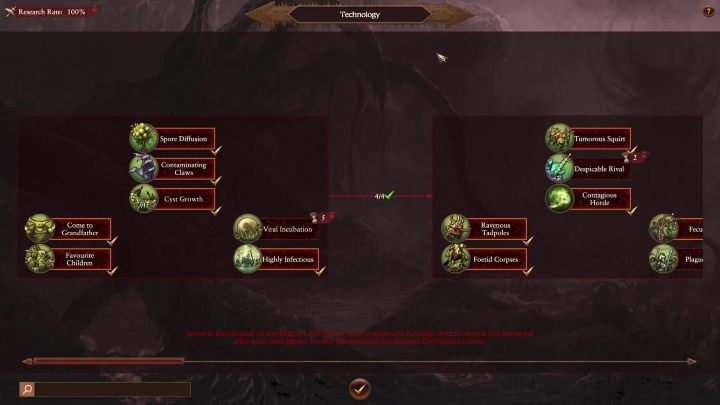 The Nurgle race development tree is divided into rectangles, each with seven technologies. However, you can't unlock the next rectangle until you've completed at least four researches from the previous one.

When choosing the most useful technologies, consider which units you have the most in your army - these are worth supporting.

The Nurgle race has much more expensive buildings, especially the military ones, than the rest of the factions. However, it is related to a special mechanic of this race - Seasonal buildings. 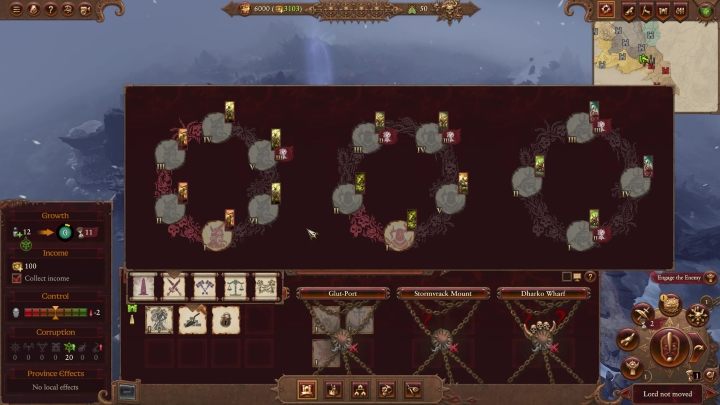 When playing this nation, you don't have to build each structure upgrade separately - it happens automatically. Your buildings grow over time. However, when the cycle completes, it resets and starts anew. Buildings that belong to this mechanic (so almost all of them) are marked with a circular border in the menu.

The red "line" on the construction wheel indicates how far the building can "grow" with the current settlement development. Some structures can expand fully only in a provincial capital. If upgrading a structure in a given settlement is impossible, you will know it by the red cross on the thumbnail in the building menu.

The vast majority of buildings will give you a small passive income every turn. This will make the investment pay off sooner or later, despite the high initial price.

This means that the Nurgle are practically the only faction in which the construction of several military structures of the same type (in a given province) has some use. Firstly, you will get a passive income bonus from them (the amount depends on the building level), and secondly, you can access different phases of structure development at the same time, which allows you to recruit other units and also increases the limit of their recruitment.