The following page contains tips on useful buildings and technologies for the Tzeentch faction in Total War Warhammer 3.

You'll start developing the Tzeentch tech tree from the middle. The branches to separate branches of research spread out from there. 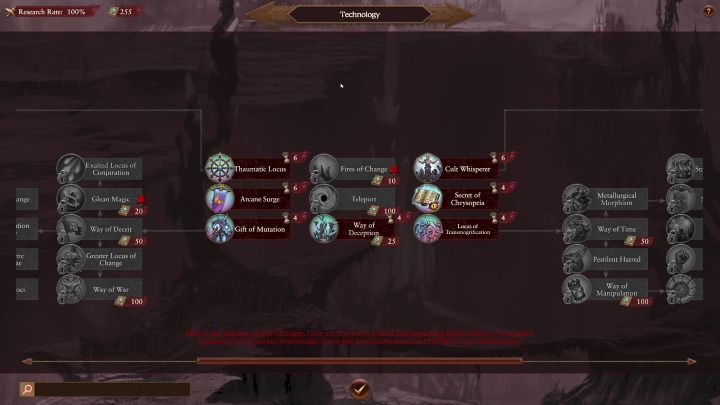 You have to pay for some technologies with Grimoires, which is an additional difficulty. At the beginning, focus on the research that will allow for better settlement development - Cult Whisperer. Additionally, strengthen your Pink Horrors of Tzeentch with the Locus of Transmogrification. If you plan on storming the gates of Catay, invest in Changing of the Ways which allow you to open gates in settlements - the technology from the tree on the right will allow you to do so - Way of Prognostication.

Just like with any other faction, you should first invest in military buildings. Try to also expand structures related to special resources as soon as possible, though, because they will give you priceless Grimoires. 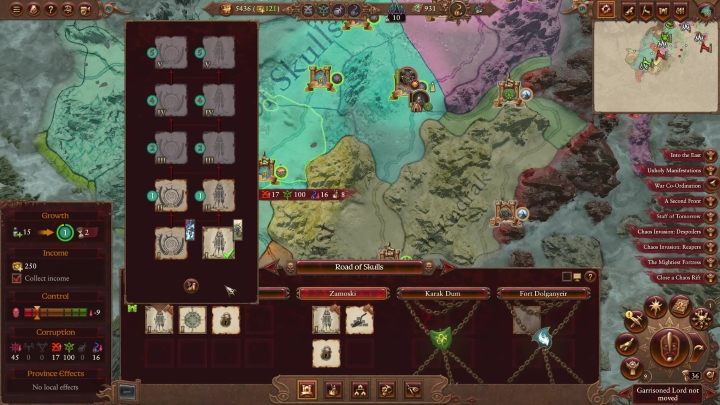 In addition, in the provincial capitals, the Tzeentch have 2 types of main building at their disposal - Soul Keep and Dimensional Tear. The first one is a "defensive" building - it spreads your corruption to neighboring provinces, strengthens control, and also reduces the cost of infrastructure buildings. The second one supports the military - cheaper military buildings and lower recruitment costs. Therefore, when choosing between them, think about what you need a given province for. If your needs change, you can convert one building into another at any time.