This page of the guide explains how to begin the game with Oracles of Tzeentch.

Karios Fateweaver is the leader of Oracles of Tzeentch. You will start the campaign in the northeast. These lands are ravaged by Chaos and lie between the Great Catay and the Ogre Realms. 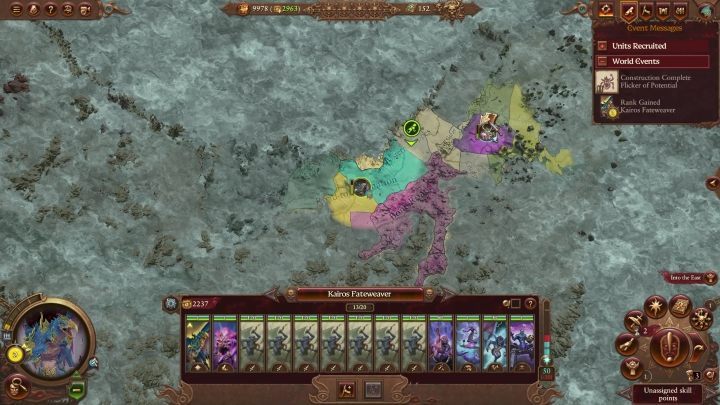 Your starting position is quite peaceful. The north lands belong to the Warriors of Chaos who are neutral towards you. To the east and west, the Oracles of Tzeentch are surrounded by mountains. Your only early-game enemy are Khorne in the south. This is the nation that you should defeat first. These demons are not easy to defeat, so make sure you recruit additional units before going to war. 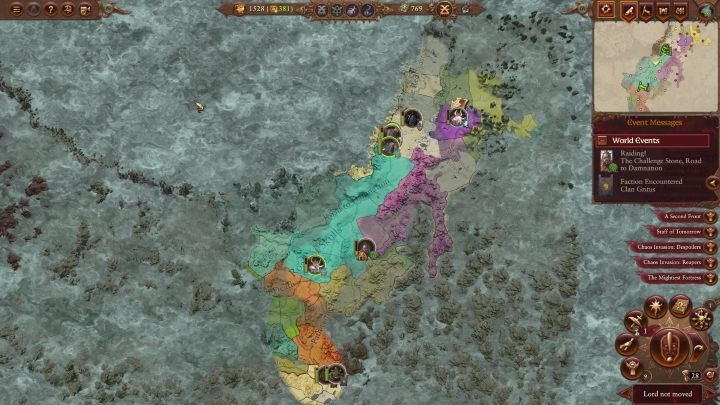 After defeating your enemy, you'll find yourself in a somewhat strange situation. You won't have the entire province, but a few settlements in several ones instead. This is a situation that you'll definitely want to fix. Depending on your situation and further plans of conquest, you can do it with your army or by using the Changing of the Ways and Grimoires.

One of your options of further conquests is to cross the ogre lands and reach a valley controlled by hostile orcs. These lands are quite far, though, especially in early game. Going north seems to be a better choice in this situation. Behind the settlements of the Warriors of Chaos is the Great Bastion, and behind it are the lands of Great Catay, which you are at permanent war with. You also already have an ally there, so you know what to expect.

The further fate of the factions living there depends on you.