The following page describes the strategies that you can apply to the Ogre Kingdoms in Total War: Warhammer 3. You'll also learn about its lords as well as its army's strengths and weaknesses.

The Ogre Kingdoms have a very strong army. Despite their size, ogres are quick compared to units of other nations. Additionally, they have a charge bonus strong enough to pose a real threat to the enemy. They are also very durable, but it comes at the cost of weaker armor than in most other races. 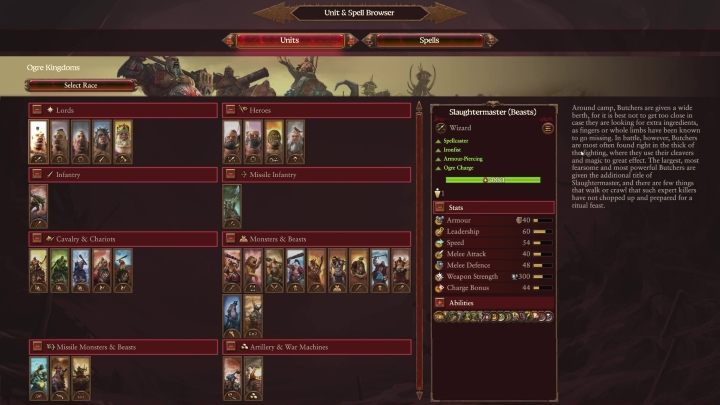 In the early game you should definitely invest in Ogre Bulls, which are basic, cheap and relatively good to start with. However, try to upgrade them to the iron fist version as soon as possible, as this will give them a bit more armor. In the later stages of the game, however, Maneaters should be the core of your army (then also upgraded to iron fists). Of course, you can add some units with large weapons suitable for bigger targets and enemy cavalry. We should also mention the mighty Stonehorns. They are not as effective in combat as Giants, but thanks to their armor they perform much better in open area battles (they won't immediately die under enemy fire).

The ranged unites of Ogre Kingdoms also are very decent. The Leadbelchers are particularly good here; they don't have such a powerful shot as Maneaters with Ogre Pistols, but they make up for it with a long range. We can't forget the Stonehorn (the harpoon launcher). It is a powerful beast capable of ranged attacks on enemy lords. 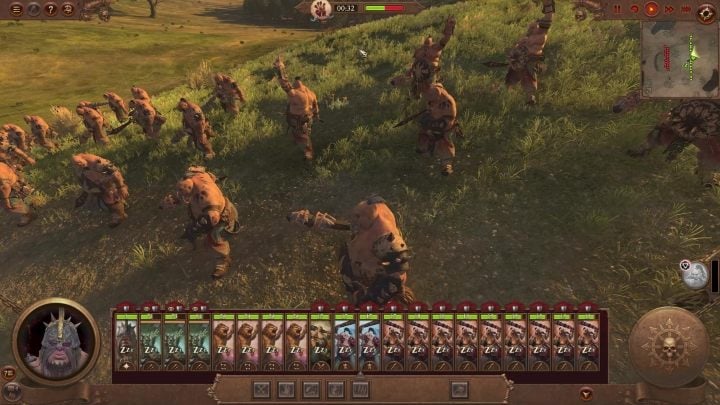 The Ogre Kingdom artillery is nothing short of solid, too. While this race does not have much to choose from, the Gnoblar Scraplauncher used by ogres has unprecedented firepower, and at the same time is very maneuverable.

The Ogre cavalry should not be underestimated, either. It may not be the fastest (though it's also not the slowest), but it has a solid charge bonus and strong armor - especially the Crushers. However, it's not available in the very first turns. At the very beginning, it can be successfully replaced by the Sabretusk Pack - very fast lions that will easily flank the enemy, attack them from behind, or attack their ranged units.

Ogre units have a powerful charge bonus. This means that they should attack the enemy, not the other way around. Therefore, even in defense, they shouldn't be idly waiting for the enemy. Especially since this race's armor generally isn't very strong, so it's susceptible to ranged attacks. 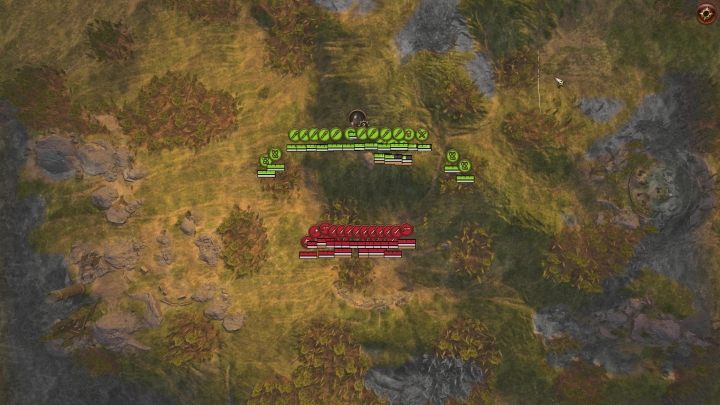 To see the strategic view, you simply need to zoom the camera out enough.

If you have artillery, you can to try to "soften" the enemy first, especially lords and heroes. The Gnobler Scraplauncher will work best. However, despite the strong cannons, a prolonged, long-range firefight may be fatal for your army. Therefore, if the enemy has a farther range or greater firepower, you should seek for some alternatives.

Don't experiment in such situations. You need to shorten the distance and attack the enemy directly. Try to also attack the enemy's flanks/archers when they are busy fighting your infantry/monsters.

The nations led by these characters start the game very far from one other. As a result, you don't really have a chance for confederation and commanding two legendary lords at the same time, at least not during the main story campaign. This opportunity can come if you'll try to win the campaign through domination. 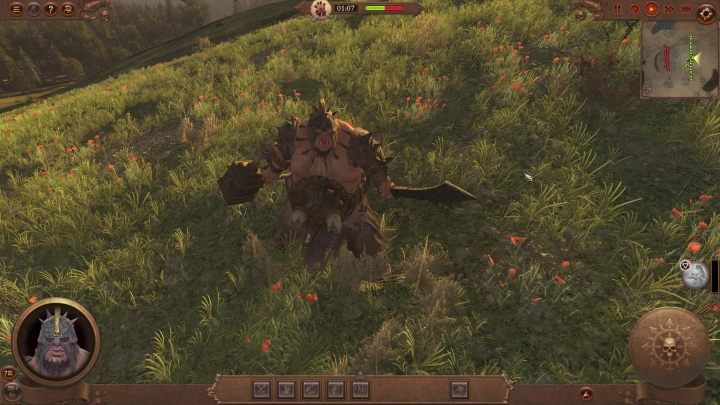 Of course, this faction can also summon ordinary lords - both melee specialists and spellcasters. It can also recruit heroes. Although there's no dedicated close-combat unit among them, most of the characters have decent skills in this area. This means that your mages can not only do magic, but they can also support the flank directly, if necessary.