This page of the guide will introduce you to the unique mechanics of the Grand Cathay faction from Total War Warhammer 3.

One of the faction's unique mechanics is Harmony. All of its characters, buildings and techs have specific Yin and Yang values. If you can keep the balance between these values your country will obtain massive bonuses: 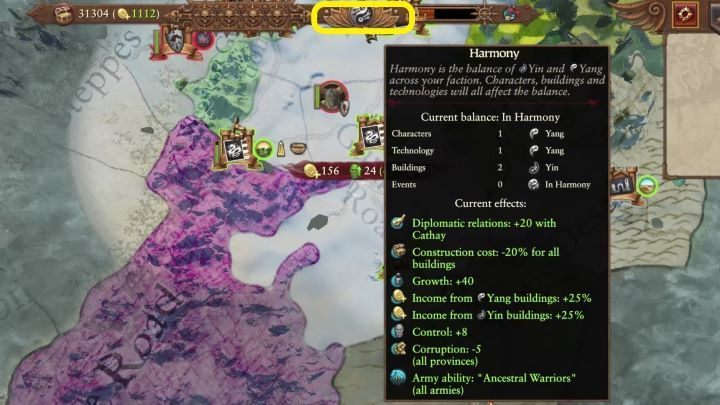 You can check your Harmony on the top of the screen, in the middle. Moving the cursor over it will display detailed information about your Yin and Yang. Individual values don't have to be perfectly balanced as long as the overall value stays in balance. 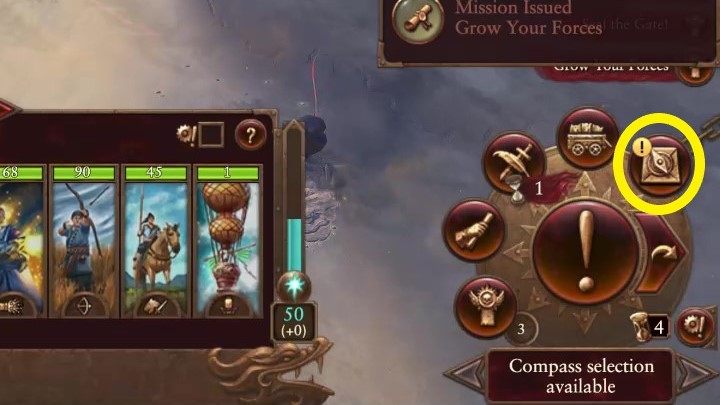 Looking at the bottom-right corner of the screen you'll see a circular menu. By moving the cursor over it you'll display a new panel. This is the Wu Xing Compass which supports the Grand Cathay empire with Winds of Magic. 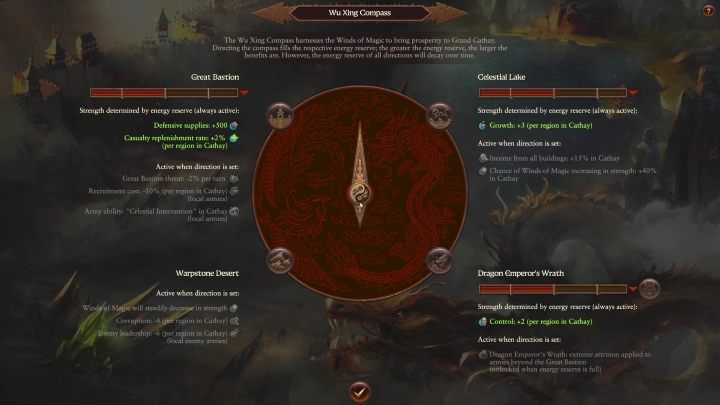 The compass has 4 directions. They all have passive and active bonuses. Passive bonuses always function, active ones are only available when the compass points in their direction.

Active perks have fixed values. The values of passive perks depend on filling their "power" gauge. It can be filled by moving the compass to a specific direction. If you change the direction the power of other directions will gradually fall and the passive bonuses will get weaker.

There are 4 directions available:

You can change the compass' direction every 8 turns, later on you can develop a technology reducing that time by 1 turn.

Great Kataj can send out caravans for profit. To do so you must select the cart symbol in the lower-right corner. 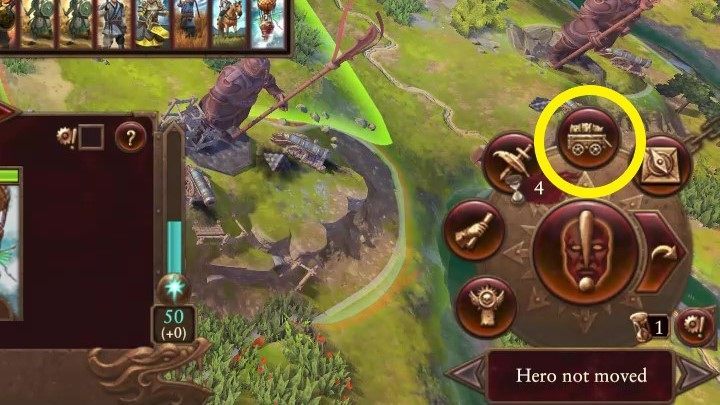 After pressing the button you'll see a new panel. 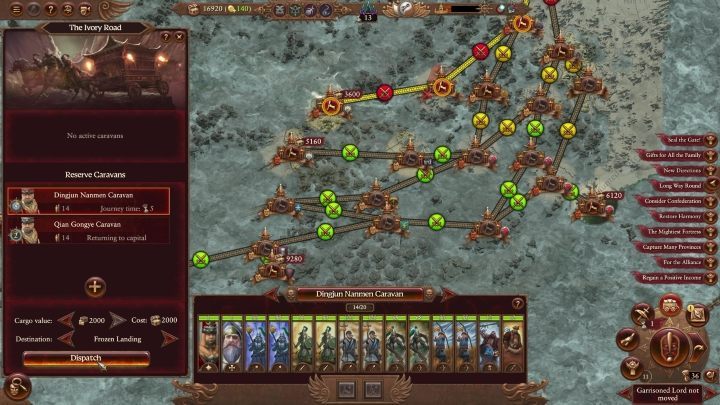 The paths aren't well-visible at first. You discover them by sending out caravans.

You'll find the list of your caravans to the left. Only one expedition can be active at a time. The plus symbol lets you hire new Caravan Leaders. You should know that you can't hire additional soldiers to escort the caravan (not counting special events).

You can set the value of your cargo below - the higher it is, the more you'll earn.

The arrows at the bottom let you choose the direction of your travels. The further you go, the more you'll earn. You can also choose the caravan's destination on the main screen by clicking it. It will also show you how dangerous the expedition is.

{ramkazielona} You shouldn't send caravans into the same place several times in a row, after you deliver the goods the demand for them, and thus their price, decreases. It gradually increases again over time. {

You must also remember that your expedition must return to the capital after delivering the goods. This means the caravan will actually be gone for twice as long as displayed. Due to this you should have some caravans in reserve to keep trading.

When traveling you'll sometimes be faced with a choice. You may be forced to decide what to do when encountering bandits, whether to follow a shortcut or hire new soldiers to guard the caravan.

The Great Bastion Threat meter can be found at the top of the screen. It shows the threat level Chaos forces pose towards the lands of Grand Cathay. 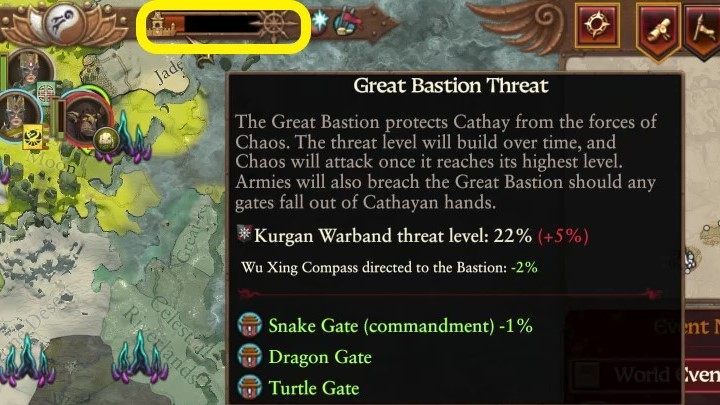 After it fills the Chaos forces will attack your gates. If you lose control of any gates, the Chaos armies will enter your territory. Be ready.

Move the cursor onto the meter to see what's currently influencing it. You can slow down the meter with the Wu Xing Compass and a special order available in provinces with gates.

This section lists a couple smaller mechanics unique to this faction.

As already stated on the Military page (in the Lords section), Grand Cathay's legendary lords can transform into flying dragons in battle. This enhances their melee capabilities but makes them unable to cast spells. 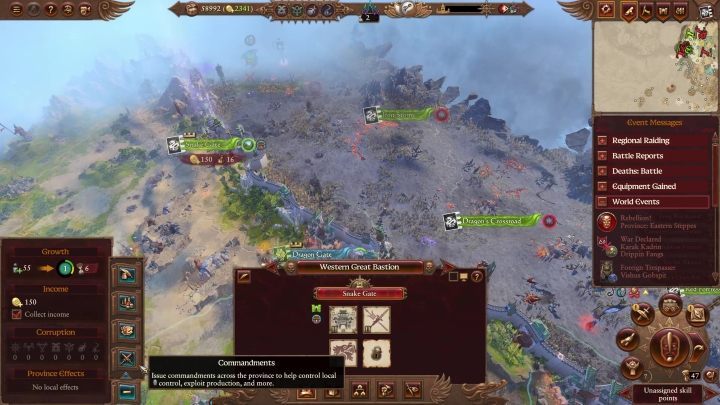 Grand Cathay has access to unique settlements - gates. They serve as passages through the wall separating the faction's land from Chaos territory. You can give out unique orders there which are unavailable in other provinces. They allow the soldiers stationed there to gain experience, recover from their losses faster, increase their growth, etc.