Below you'll find tips regarding useful buildings and technologies of the Kislev faction in Total War Warhammer 3.

All three of Kislev's playable nations have identical technologies so it's worth discussing them together.

The tech tree is divided into main provinces, each with its own research to develop. 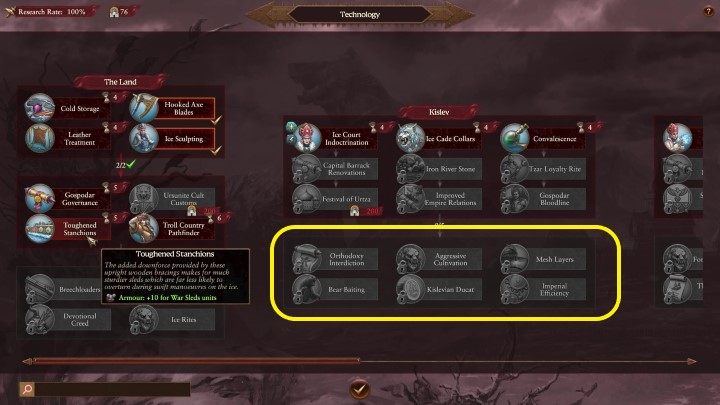 You won't unlock the marked research if you don't have Kislev.

You should know that the trees associated with specific settlements only let you develop research from the first three levels. To unlock more advanced technologies you must own the settlement and have an appropriate building built! 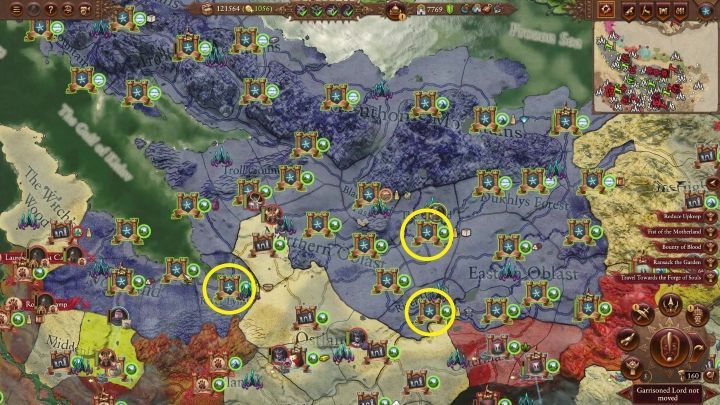 You should start off by developing The Lands section. Everything that gives your heavily armed Kossars an advantage will be useful, as they're the backbone of your army. You should heavily consider the Orthodoxy Interdiction from the Kislev tree, which increases global recruitment capacity. The Improved Lookouts technology (Praag) which increases local recruitment capacity is also a good idea. You should also unlock the technologies needed to recruit units in the Ice Court.

In the early game it's a good idea to build basic military buildings in order to get some infantry made out of armored Kossars as quickly as possible. You should also invest into economy and gold-generating structures. Create buildings related to special resources. They grant bonuses to the entire faction and can be sold in trade deals.