As in previous installments of the Total War series, Three Kingdoms allows armies to move in one of the different modes. This greatly affects the ability of the army, allowing it, for example, to reach a distant goal, to wait for the enemy or to capture enemy settlement. In this chapter you will find information about all the movement modes available in Total War: Three Kingdoms.

Army movement mode - how to change it?

To change the movement mode, you need to select the army you are interested in, and then click on the icon located above the head of the main General. Then a list of available options will appear, which can now be activated to change the movement mode. It is worth noting that some modes have their own requirements like information concerning when you can use them - those you will find by moving the mouse pointer over their icons. 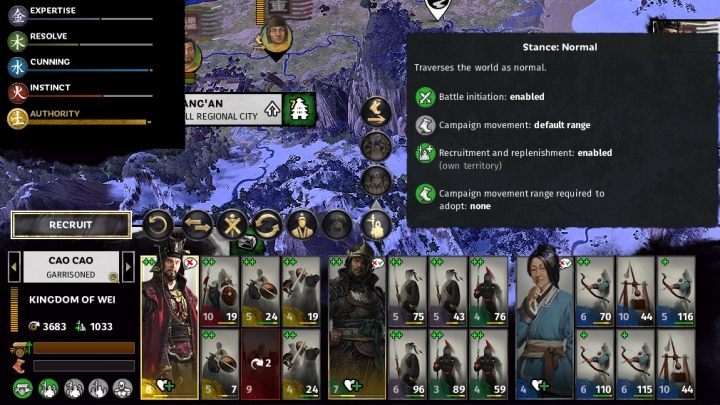 The game offers several modes of movement, but it's completely enough.

The following modes of army movement are available in the game:

Note - remember that some modes do not allow you to initiate fights. Do not run in the March mode of the enemy cause at the end you won't have a chance to start battle anyway.