Due to the tactical nature of the game in Total War: Three Kingdoms, the game offers the possibility to set up most units in one of the many available formations. These, apart from the visual aspect, offer various bonuses to combat efficiency, allowing, for example, better handling of horses or preventing flanking. In this section you will learn how to use the formations and what formations are available in the latest installment of Total War series.

How to use Formations? 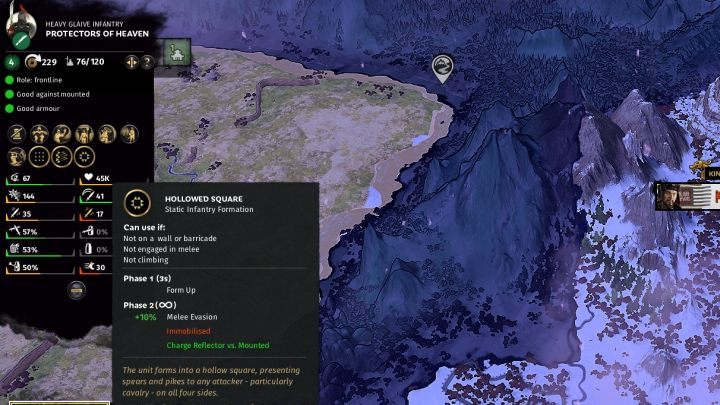 Each unit has a different types of formation available - these can be viewed on the units tab.

In the Total War: Three Kingdoms you may select following formations:

Note - remember that some units (in particular the militia) are unable to use military formations.