Together with the restructuring of army activities and implementation of the court system, Total War: Three Kingdoms also introduces character satisfaction mechanics. That is, the overall satisfaction of characters hired at court and used as generals, advisors, or administrators. In this chapter, you will learn what actually is the satisfaction factor and what you can do to increase it.

Character satisfaction is, as already mentioned, the overall level of satisfaction of the character - how 'fine' the character feels in your Court. Interestingly, satisfaction doesn't affect the specified character in any possible way- it does not increase its statistics on the battlefield as a General, does not affect the bonuses offered when the character is sitting on the Court or occupies one of the many positions there. The important thing is to keep the happiness level high enough to keep it "above zero". 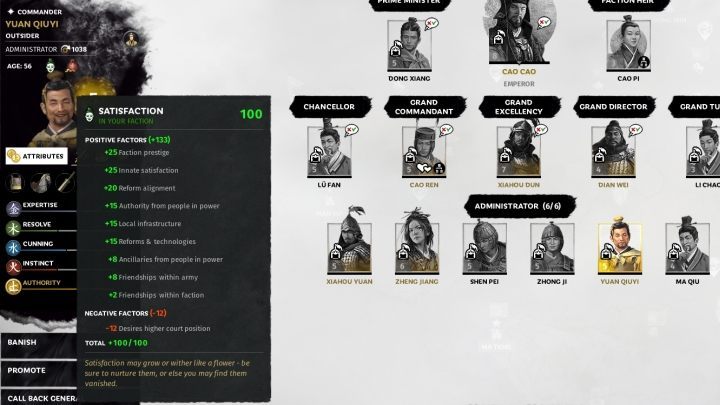 The level of character satisfaction should remain positive.

When the character's satisfaction drops to a low level, such person may (and most likely will) abandon you and decide to move to another faction. When this happens, the character is likely to take an army he/she has, and if he/she was the commander of the entire army it may lead to a military collapse (the other generals return to the Court in such situation and they can be used again to create a new army). When a character goes away you can lose a lot more of your NPCs. So, taking care of satisfaction is insanely important.

What affects the level of character satisfaction? 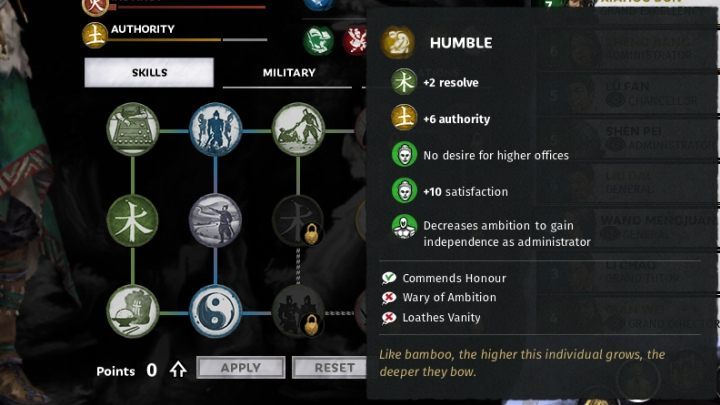 The nature of the character also affects his/her satisfaction.

Satisfaction is a fairly advanced mechanics, which is influenced by a whole bunch of factors, such as: