Total War: Three Kingdoms allows players to choose from two game modes - Romance and Records. As part of this first, the generals that make up the army are virtually half-gods - they're units capable of destroying of dozen enemy units. At the same time, these units can engage in combat with enemy generals on the battlefield. How this mechanics works, how to initiate it and what to remember about - all has been explained in this chapter of our guide. 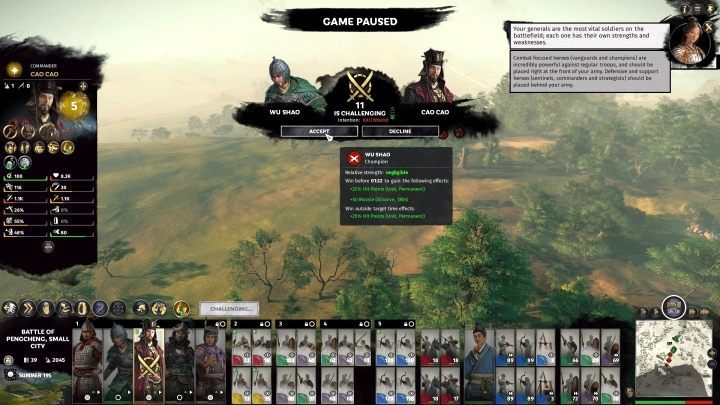 How to initiate a duel.

When the two armies will start a battle on the battlefield, this may lead to a Duel between the generals. This is nothing else but a 1 vs 1 clash - the generals will fight without the participation of the nearby army until one of them falls to the ground, runs away, or the duel time ends. Duels can be initiated by the player - by activating the button visible at the bottom of the screen, above the portrait of the General. They can also be initiated by the enemy - then the corresponding window will appear on the screen.

In both cases, the screen will display information about who takes part in the fight, as well as the estimated strength of both heroes. Therefore, it will be possible to understand that whether you have a chance to win the battle and whether it is worth participating in a duel with your general. Duel is quite linear - the generals just cut and strike each other, causing lots of damage to each other. Depending on the results of the duel one of the generals receives a powerful increase bonus, that increases the morale of his army. The general who is the looser is going to receive a penalty. During the duel other generals and their armies usually fight on the battlefield.

Duels can end in several ways, and each of them will significantly affect the further course of action. The results can be as follows: 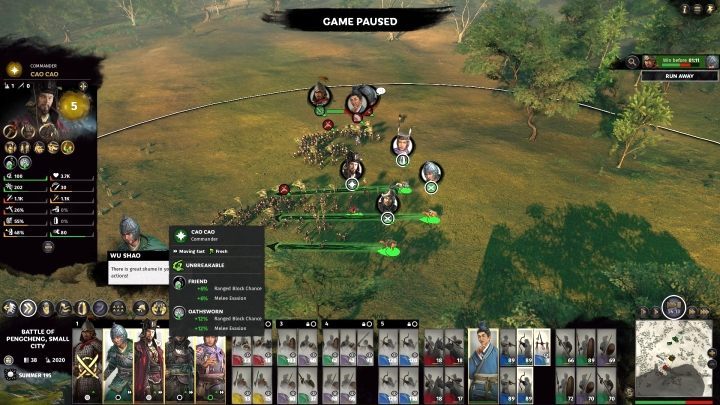 A duel is a good way to disable an enemy General from combat.

Finally, it is worth mentioning a few tips on this mechanics, such as: