Each of the dozens of commanderies available in Total War: Three Kingdoms is described by a number of attributes - the amount of gold obtained through taxes, generated and consumed food, the garrison protecting it, as well as the population factor. One of the key problems connected with population and development is population overgrowth known as overpopulation. In this section we have explained the overpopulation issue, where it comes from and how to deal with it.

Overpopulation - what is it and where does it come from? 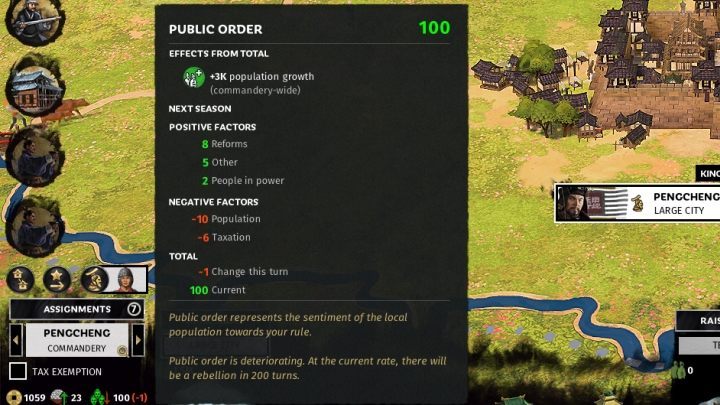 First, it is necessary to explain to yourself what is the population in Total War: Three Kingdoms. It's just the population inhabiting a specified commandery. This value depends, among other things, on the amount of gold mined and the rate of renewal of nearby armies - the higher the population, the more gold will affect the commandery. Also, resources of the army (stationed there) may replenish much faster. If the economy of faction or commanderies is not fluctuated, the population will grow with each turn.

However, each Commandery has its own upper limit of population that it can reach. This is closely related to the level of the main building in Commandery, that is, the Settlement Administration - higher it is, (in addition to other benefits) higher the population level may become. If don't develop this structure enough in advance and the population level is going to be equal with the limit, the commandery will be overpopulated. Commandery will receive that excruciating penalty to the level of public order that will last until the main building gets upgraded and the maximum value of population gets increased.

How to deal with overpopulation? 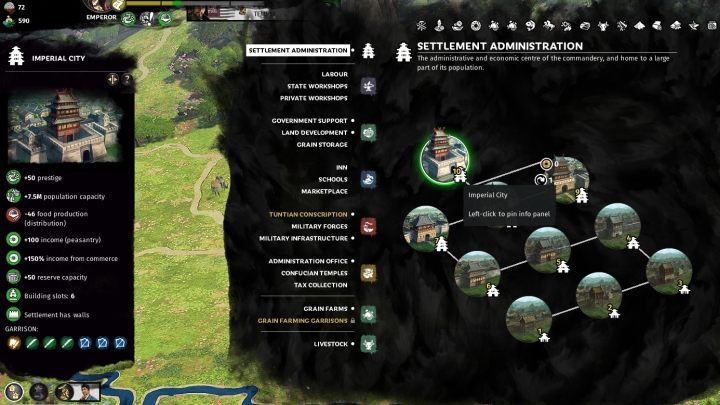 The best way to deal with overpopulation is to increase its limit by expanding the main building inside the commandery.