Public order is one of the key mechanics in Total War games. It's the same case in TW: Three Kingdoms. Public order represents the stability of the population within settlements - when its value is positive, it does not affect your gameplay. The problem begins when the value falls to -100 - the consequences of such an emergency state, as well as ways to overcome the public order problems have been described in detail in this section of our guide. 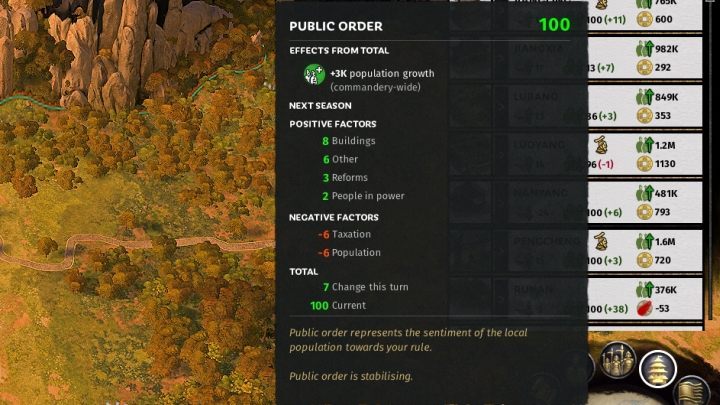 In the commandery list, you can check the level of public order within each of them.

Public order - has a quite specific mechanics. Regardless of the value taken, it does not affect the functioning of the commandery in any way - whether this value maintains the level of +100, +20 or -50, it does not matter. However, the problem begins when the value drops to -100. In such a situation, an uprising will break out inside commandery - near the settlement, which "fell" there is an army of rebels, who want to conquer the village. To stop the conflict from escalating, you need to destroy the army before it can grow further in power. For this reason, it is important to maintain public order at the highest possible level - to have more time to react when something happens that will significantly reduce this parameter. The key is to keep the value above -100 at all cost.

How to increase the value of public order? 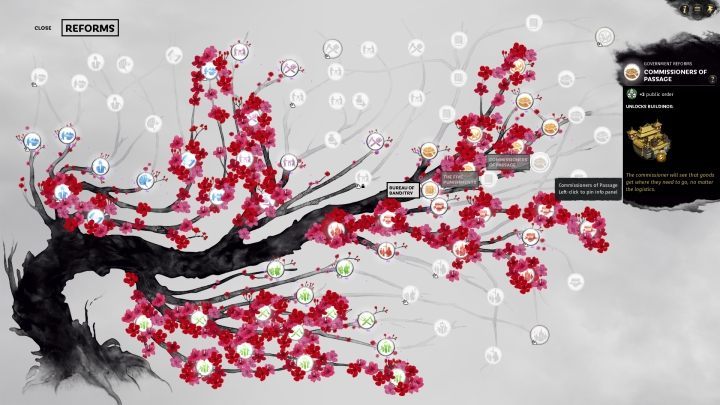 Public order can be increased through reforms.

The level of public order is influenced by several factors such as:

As you can see, the game has a lot of ways to improve the level of public order. It is worth remembering that sometimes it is more profitable to build a building that offers the growth of this attribute than the construction of another structure that provides additional income.