In Total War: Three Kingdoms, commanderies act as districts - groups of cities (there are dozens of them on the map). Conquering them is one of the most important tasks in the game. Their appropriate development is crucial to the success of the campaign - it is worth understanding how they work. In this chapter, you will find an explanation of the mechanics associated with the development of commanderies, as well as individual settlements.

As mentioned in the introduction, commanderies are the equivalent of districts found in, e.g. two Total War: Warhammer games. Commanderies, in turn, consist of several settlements, among which there is a capital. In single settlements, you can build only one building, which can then be improved. Inside the capital, the maximum number of buildings depends on the town's level - the maximum number is 6. Commanderies can consist of 2 to a maximum of 4 settlements.

The settlements within the commandery are closely related to each other - any bonuses offered by the buildings (increased revenue or public order, reduced corruption, etc.), and characters managing a given commandery, affect only the settlements that are in it - the exception are the buildings that offer global bonuses, as well as characters whose posts affect the entire faction. 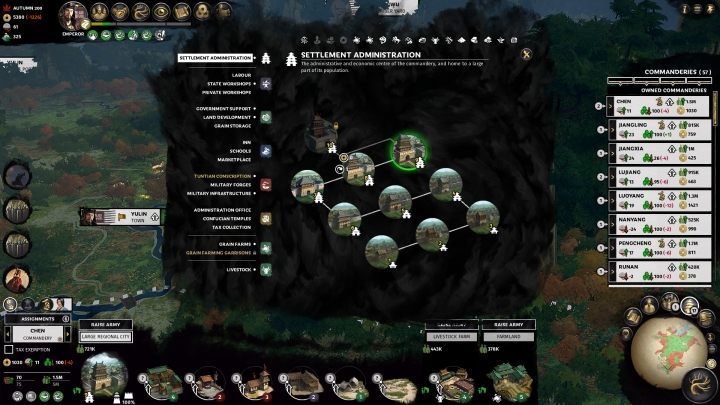 All buildings can be improved a few times.

The development of commandery takes place on several levels, namely: 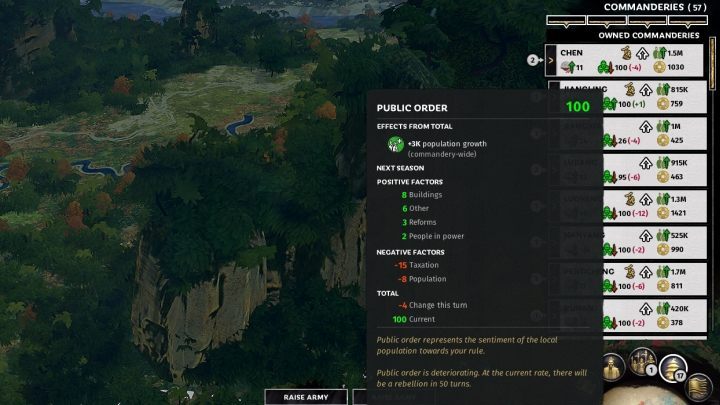 It is necessary to constantly monitor the level of public order and corruption in commanderies.

Finally, it is worth mentioning a few tips for managing commanderies, namely: