Corruption is one of the mechanics in Total War: Three Kingdoms, the existence of which most players probably won't even have a clue because it is pretty well hidden. During the first rounds of the game, it has no impact on your faction. However, with the subsequent territories conquered by your forces, its level will grow, absorbing a significant part of the income. How to deal with it? Read this page to find out.

Where does Corruption come from? 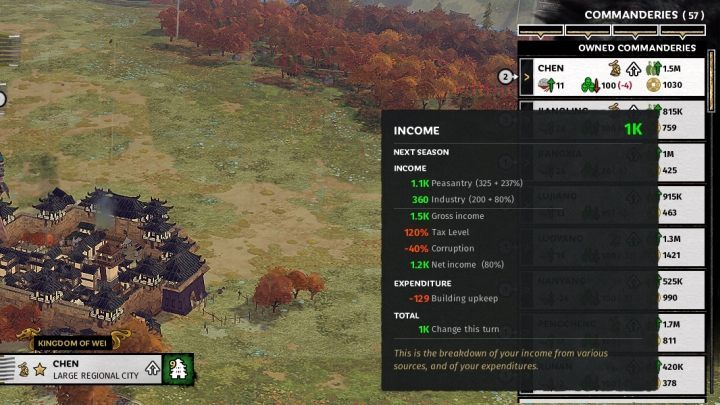 The Corruption level can be checked in the list of available commanderies.

How to reduce Corruption? 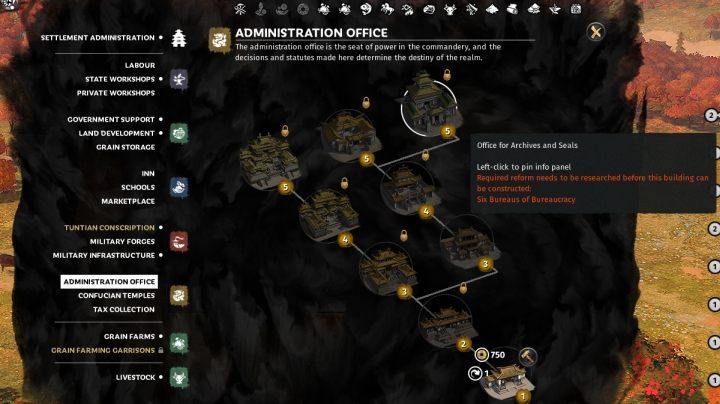 Buildings can significantly reduce the level of corruption.

There are quite a lot of ways of stopping or reducing the corruption level. You can use:

As you can see, Total War: Three Kingdoms has many ways of reducing corruption. However, the most important thing to do is to control it all the times and, if possible, slow down the process of conquering new territories to avoid increasing this stat. ?