In this chapter of our game guide to Total War Saga Troy you can find out how to recruit the next hero and start recruiting troops for the next army.

As the campaign progresses in the Total War Saga Troy, you will continuously expand your empire and conquer more provinces. However, you have to reckon with the fact that unguarded settlements can become an easy target for other leaders. Besides, having minor heroes and subsequent armies greatly increases your offensive and defensive capabilities, so it is worth knowing how to protect your faction and all of its territories.

How to recruit another hero and create a second army

In Total War Saga Troy, you start the game with one epic hero and one army. Over time, as your empire expands, you'll be able to recruit an additional hero that can lead another army of your faction. It should be noted here that each additional Hero increases the total cost of maintaining your armies. 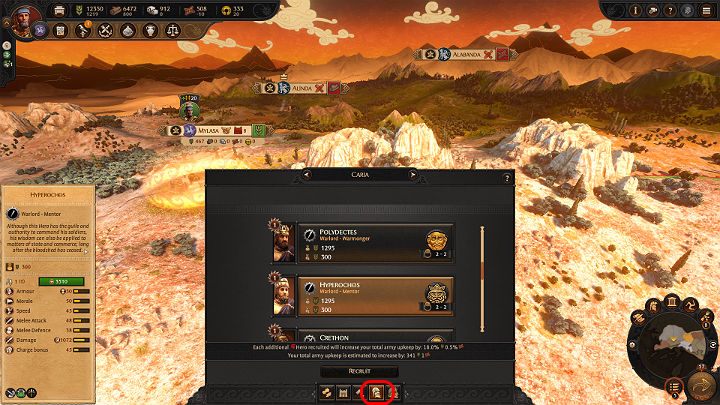 To recruit a hero for your next army in Total War Saga Troy you must first select one of your settlements and then click on the small button at the bottom of the screen "Recruit a Hero". An additional window will pop up with multiple characters to choose from. Each character has a specific recruitment price, subclass and character traits. 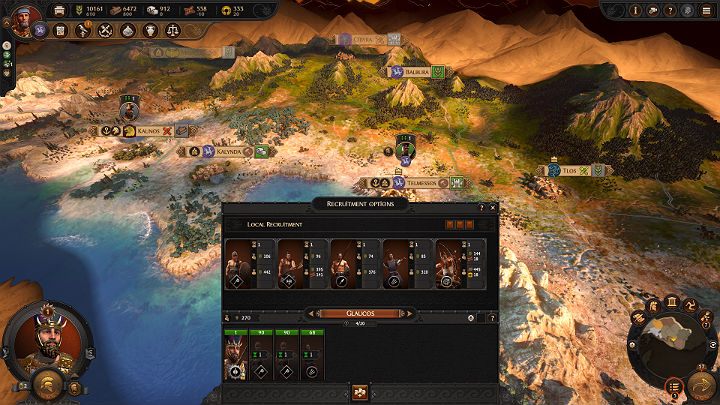 Once you have selected a hero for your new army you can start recruiting additional troops in the same way you did for your Main Hero. The limit of troops that can be controlled by another leader equals 20 units.

When choosing an additional Hero to lead your next army, pay attention to his subclass and character. Some of the additional Heroes may earn certain bonuses when you win a battle as a defender. However, they may also lose some benefits if you end up your turn on hostile territory. Others will increase their motivation when Athena is being respected. But they may lose it after the battle has been lost. There are a lot of possibilities, so we're sure you'll find a perfect leader for your next army.