In this chapter of our guide you can find all relevant information about the Divine Will mechanics, that is, one of the most important game mechanics available in the Total War Saga Troy.

Divine Will is one of the mechanics available in Total War Saga Troy, which allows the characters to interact with Greek gods and goddesses. By performing the proper rituals and worshipping the Gods you can get their favor and blessing which will certainly contribute to your faction's successes during the campaign.

Divine Will - how does it work?

You can access the Divine Will tab by clicking one of the buttons on the main resources bar or by using the Shift + 1 keyboard shortcut. In the Divine Will window you will notice that you can pray to 7 different Greek gods and goddesses: Aphrodite, Apollo, Athena, Ares, Hera, Poseidon and Zeus. After you perform the proper rituals, each of the gods can look favorably at your faction and give you a blessing. 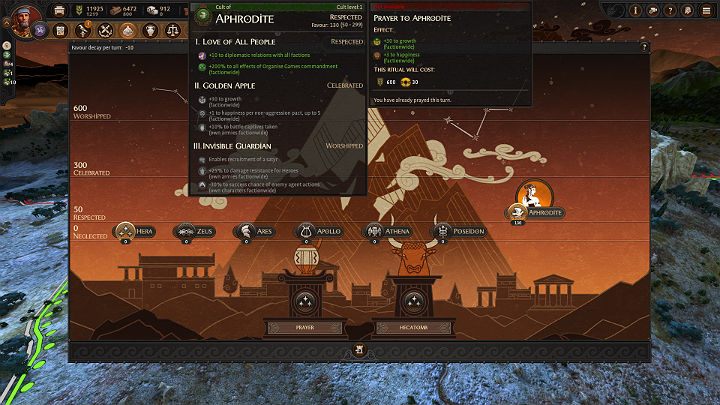 The blessings you may receive vary depending on which God your faction will worship. In Total War Saga Troy, there are 4 levels of cult, that is god worship, which can be increased by gaining favor points:

Each subsequent level of cult increases the particular god's grace and favor towards your faction. When you reach the highest level of worship you will also gain access to mythical creatures like: Satyr (Aphrodite), Cyclops (Poseidon), Gorgons (Athena), Seers (Apollo), Spartoi (Ares), Minotaur (Zeus), Corybantes (Hera).

Favor points - how to acquire them?

The favor points are not awarded permanently in Total War Saga Troy, that is, you lose 10 favor points each turn for all gods and goddesses. Thus, you need to stabilize the cult of a specific God in order not to lose the useful benefits and bonuses. Favor points can be earned for the following actions:

Players can choose to worship many gods and goddesses in Total War Saga Troy in order to gain a few blessings, but this will require a lot of attention and consume many resources. 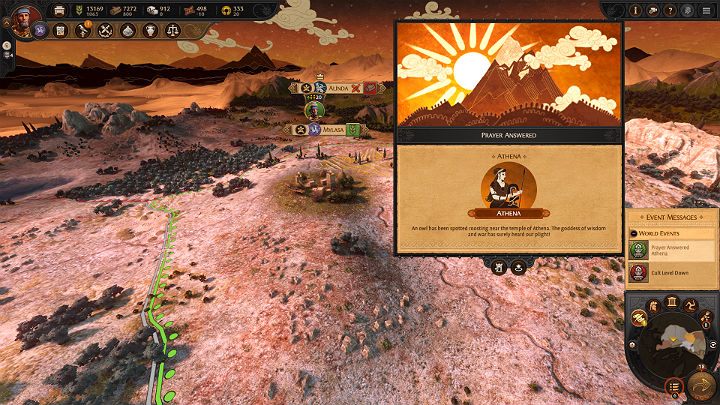