In this chapter, you will learn how to manage units in Total War Saga Troy. Here we answer the questions regarding the units' limit, how to combine selected units into one, and how to disband unnecessary units.

In Total War Saga Troy, players can fully manage their army, not only recruiting additional units, but also combining the respective units into larger ones, and even disbanding troops to make room for new units. When creating an army, one should also pay attention to the limit of units each hero can have under their command. 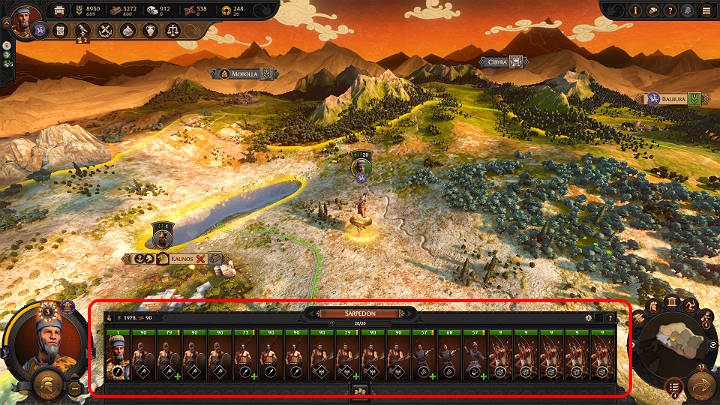 How to combine units?

If you want to effectively manage your army in Total War Troy, you need to learn how to combine units into one. This is extremely useful when, for example, you have colonized a settlement and left some units within its walls, or when you have suffered heavy losses in battle. When your individual units have a small number of troops, it is worth merging them into one larger unit and making room for other units to be recruited. 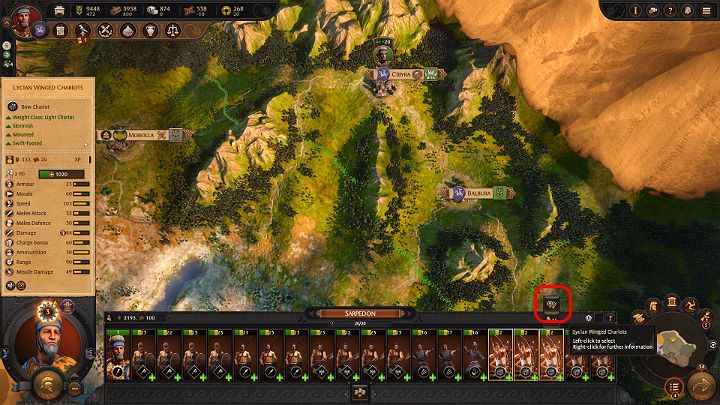 To combine units in Total War Saga Troy, select the troops from the list of available units (by holding down Control and clicking LMB you can easily select several units) and press the small "Combine units" shown above the highlighted units.

When a unit is full while combining it with another, the rest of the troops will remain in their own unit and you can, for example, combine them with other troops of the same type or disband the unit altogether.

How to disband units?

The option to disband units is useful when, for example, you want to quickly make room for better troops or there are only a handful of fighters left in the unit. To disband units in Total War Saga Troy, select the troops from the list of available units (by holding down Control and clicking LMB you can easily select several units) and press the small "Disband" shown above the highlighted units. 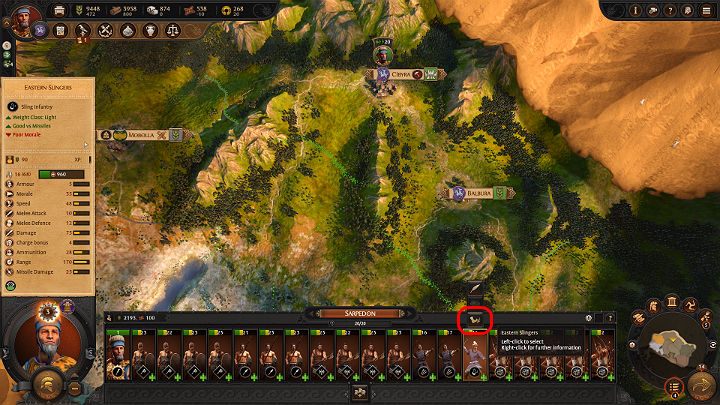 It's hard to say what are the best units in the Total War Saga Troy as each has the right destiny and unique role on the battlefield. While selecting units for your armies, try to make them more diverse and make sure your troops have infantry units in the front line, fast flanking units and ranged units. Once the battle has started, find and select the best targets for your units, that is, warriors with armour penetration send to attack a well-armoured enemy units, and in case of archers order them to attack targets without any shields. If you want you can create a completely absurd army which consists of archers or infantry, but it won't be that effective against every possible opponent that may be encountered during the story campaign.