This chapter of the Total War Saga Troy guide explains what Epic Missions are and how to activate them.

Every faction leader in Total War Troy has access to a series of Epic Missions for which they can receive extremely valuable rewards, such as large amounts of resources, access to mythical units, and huge amounts of experience points. Performing all of the leader's Epic Missions is also one of the prerequisites for obtaining the so-called Homeric Victory in the campaign. To complete Epic Missions in Total War Saga Troy, you will have to meet various conditions: build certain buildings, own a certain percentage of the influence in a given region, and even conquer and occupy certain settlements. 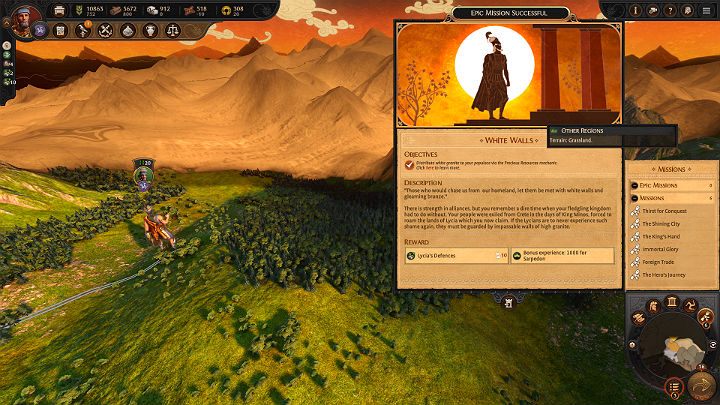 Epic Missions - how to activate?

Each hero receives their first Epic Mission in the 8th turn of the campaign. However, it is hard to tell exactly how to activate the next Epic Missions in Total War Saga Troy. Sometimes they can be activated, e.g. after playing a certain number of turns, or by meeting conditions related to the campaign of a particular character. Some Epic Missions are closely related and after completing one you immediately move on to the next.