How to Unlock: Talk with Dekantus in Memovira's Courtyard (M15.9). 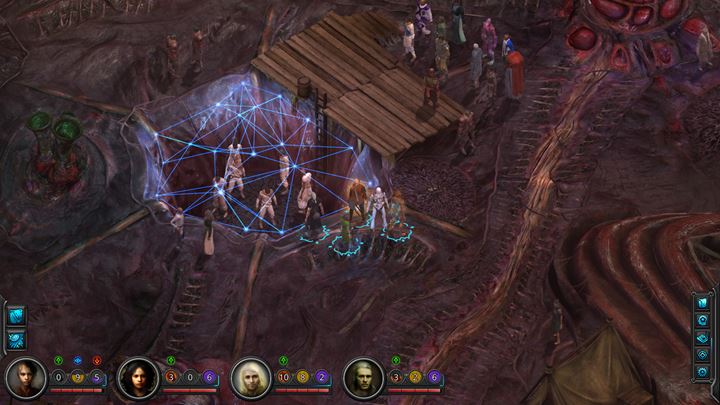 Dekantus wants you to find three humans that are "visually attractive"

Dekantus appears in further into your stay in Memovira's Courtyard (M15.9). Wait for his arrival, as he is the starting point for the described quest. Talk to this strange being to learn about the slave trade. Dekantus will ask you to deliver him humans with "visually attractive bodies". Such people are supposed to have a prosperous and comfortable life. You are left with two possibilities:

Talk to Parsi Flint to learn that Dekantus supposedly kills every person that is delivered to him. Return to Dekantus, confront him, and order him to leave the Bloom. You'll receive 40 Experience Points.

The player can also decide to deliver certain people to Dekantus. You can choose from following characters:

To complete the quest, bring three people to Dekantus. The quest will yield a number of shins and 40 Experience Points.