How to Unlock: Talk with Brusca in Memovira's Courtyard (M15.4).

Talk with Brusca and ask her why she looks troubled. You'll learn that her patrols have disappeared, while she is unable to leave her post and engage in search on her own. Offer your services and proceed to Small Nihiliesh.

The district itself is brimming with tension - your entrance will coincide with an argument between mutants and one of Brusca's patrols. You can follow one of the groups and support them in combat (the quest won't be failed even if you've allied with the mutants and murdered Memovira's people), but there is a better solution - simply convince both groups to stop the hostilities. To do so, send individual party members to talk with the leaders of both groups. Ask them about the details of the incident and perform rolls based on effort.

Alternatively, avoid getting into the argument and leave the area. This action will kill all members of the found patrol. 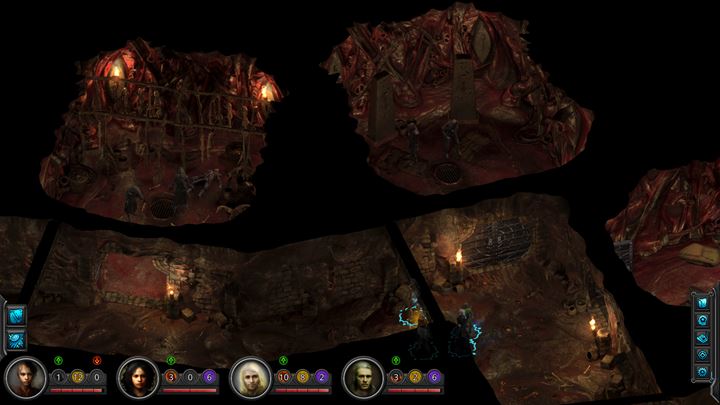 Proceed to Old Slave Block (M16.17) once you've managed to stop the conflict. Visit the cell with Brusca's thugs (M16.5). The door is locked - to get access, use one of your abilities or defeat the Murden Chief (M16.2) to get the key.

Once you've managed to get access to the cell, talk with the wounded thugs and tell them to proceed to the exit (if you've managed to defeat the Chief and his henchmen). If the Murden Chief is still alive, tell the thugs to enter the neighboring cell. Once they enter the other cell, approach the Murdens and tell them that the prisoners had escaped. They will enter the empty cell - use the opportunity and order the thugs to escape.

The quest is completed - go to Brusca and tell her about your actions. You'll receive 25 Experience Points, a number of shins (amount of the reward depends on whether you've managed to save both patrols).