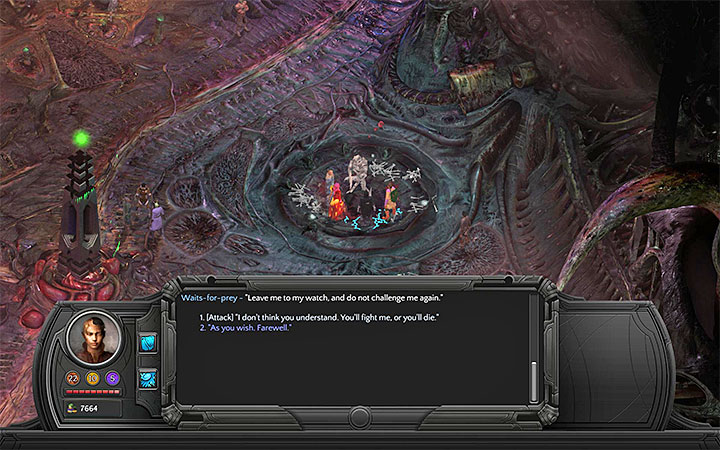 Select the option to attack the construct

Waits-for-prey is a powerful battle construct. You can find him in the northeastern part of Memovira's Courtyard in Bloom (M15.8). After initiating the conversation you can challenge the construct. He won't accept the challenge, but you can attack him anyway (the first dialogue option). The party will be taken to Transdimensional Arena, where the battle will take place.

Important - Don't attack the opponent if your team isn't strong enough. You should decide to attack him after completing a few quests in the Bloom, once you gain some experience and items that increase battle capabilities of your party members. 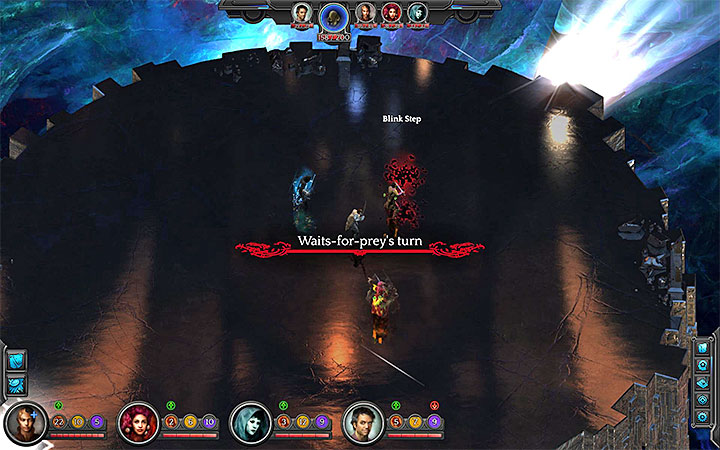 Waits-for-prey can teleport itself towards his victims

Waits-for-prey has 200 health points. This means you must use the best weapons, skills and spells to take care of him in acceptable time. At the same time you must watch out for opponent's attacks. Try placing your party members across the whole arena because Waits-for-prey uses rocket attacks that have area of effect. In addition to that, the machine is able to, among other things, teleport across the arena. Keep weaker party members as close from him as possible and use ranged attacks to deal damage. Be ready to quickly heal if needed or increase the resistance of characters for the battle by using specific skills, artifacts or cyphers. 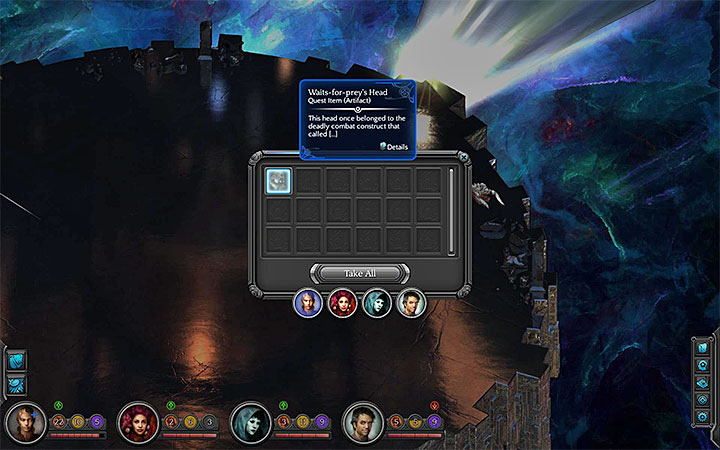 Collect the head of the construct after winning

The good news is that the opponent doesn't summon anyone to help him. The battle will end when the construct loses all 200 health points. Once the battle ends, collect Waits-for-prey's head (quest item) and wait until you are taken back to the courtyard.