In the latter part of Torment: Tides of Numenera the team gets to the Bloom which is a very unusual location, since it's actually a living organism. Moving between different locations within the Bloom is also unusual, because to some locations you can only travel via Maws. Most of the Maws you'll encounter will be closed. Especially those in the following locations:

All of the above Maws can also be opened (as every Maw in general can) by using the party members' skills, by sacrificing other characters to be devoured by the Maws or by completing Maw-related quests. There also is a universal way to open the Maws, which requires using the Transdimensional Scalpel. This artifact allows you to open the maws no-trouble. However, using this method will also anger the Bloom, which can have negative effects at some point in the game. 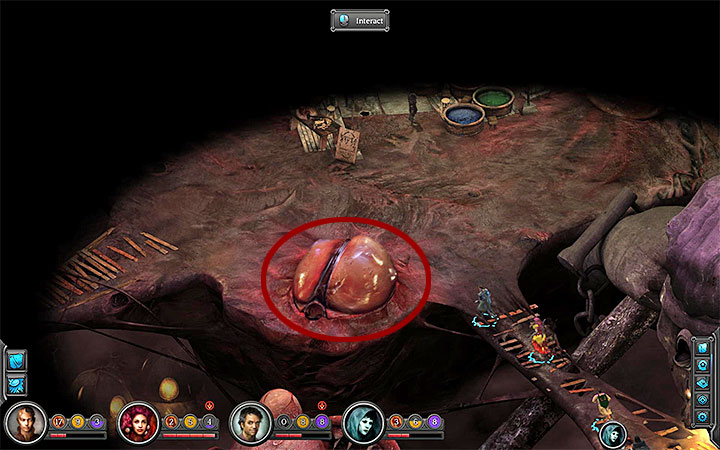 The Cyst is near the store of Sundermun the Elder

The scalpel itself cannot be found anywhere in the world. Instead, it has to be crafted out of two other objects you can find in the Bloom. To find the first one, go to the north-west part of the Cast Interior. Near the Sundermuns' store you will find a cyst, which can be interacted with. Examine it (you will notice there's a creature inside) and then touch it.

The first vision will thus be triggered. During this vision you can only choose the options that will allow you to examine the cyst more thoroughly, instead of ending them too soon or escaping. For completing the first vision, you will get 2 XP. Touch the cyst again to trigger another vision. Repeat the procedure again - make sure you don't end the vision too soon. You will get another 2 XP. During the last vision, chose the options that are related to courage. You should get 4 XP. 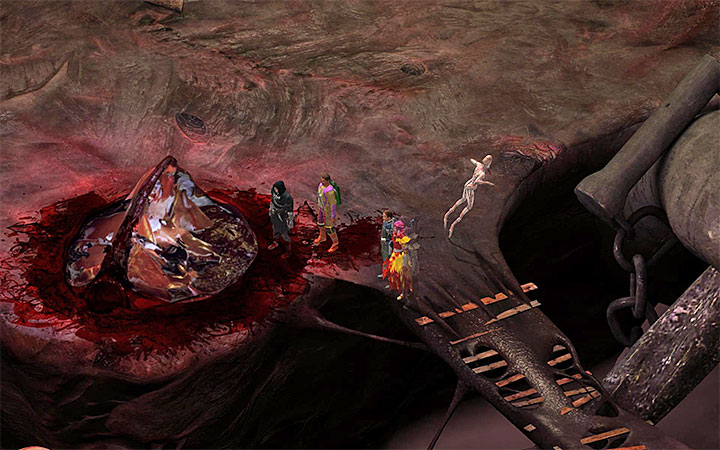 The Cyst has to burst, which will let you examine it and obtain the handle

You don't have to be extra cautious because if you act in the wrong way during one of the memories, you will be able to activate the vision again. Your actions should ultimately cause the Cyst to burst and Abykos to get out of it - he will then escape from the whole Interior (you will be able to meet him again). Examine the remains of the cyst and you will find the Mesmeric handle and a new entry to the journal will be added. 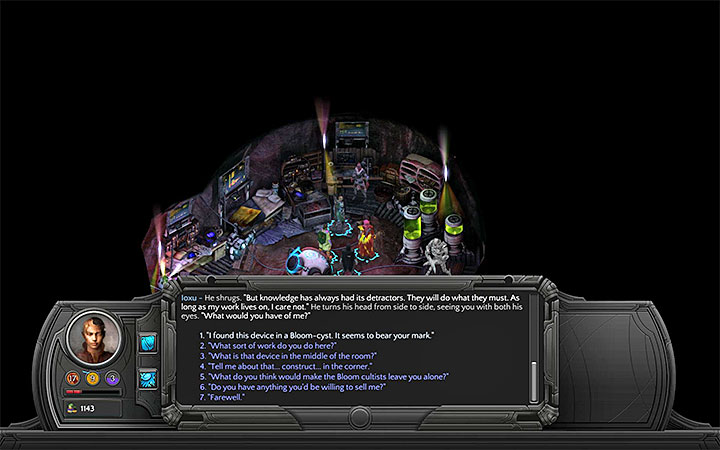 Ioxu can offer some answers, but it's not mandatory to meet him.

Open the inventory and examine the handle to read the name carved on it: Ioxu. If Ioxu is still alive, you can go to his hut (M16.1) and show him the handle to learn how to craft a special scalpel (a source of energy will be needed).

If Ioxu has been killed (which can happen during the side quest Anathema), the quest can still be completed. The only difference is that you won't have the instruction of finishing the item, so you'll have to figure it out yourself. Or use this guide. 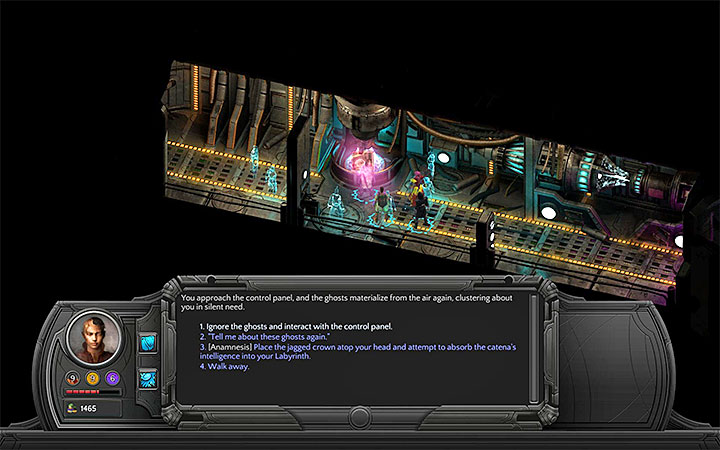 Obtain the source of Energy in any way you see fit

Now get to the Small Nihilesh district and find it's north-wester corner. There will be an entrance to the Katena (M19.9). When you get inside, reach the control panel and interact with it. The source of Energy can be obtained in two ways: 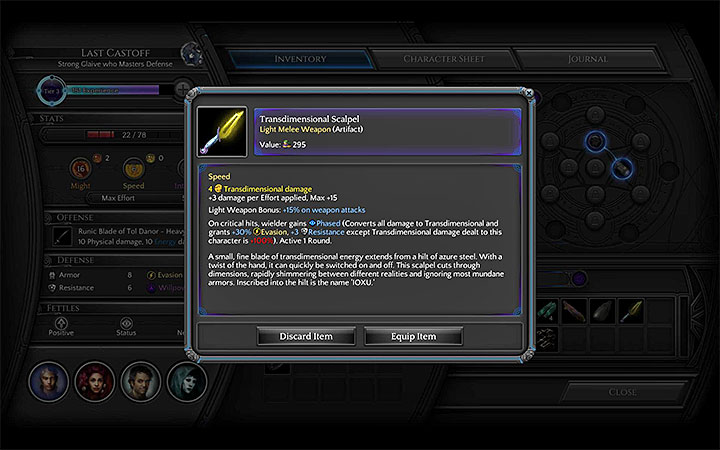 Whichever way you choose; you will obtain the Transdimensional Source of Energy. You can now get back to Ioxu for a while, or just attempt to create the item. Open the inventory again and examine the handle. Choose the new option and pass the test to join the two quest items. You will get Transdimensional Scalpel as an award.