Unlocked by: Talking to Gar-koto in the Small Nihilesh district (M19.2). 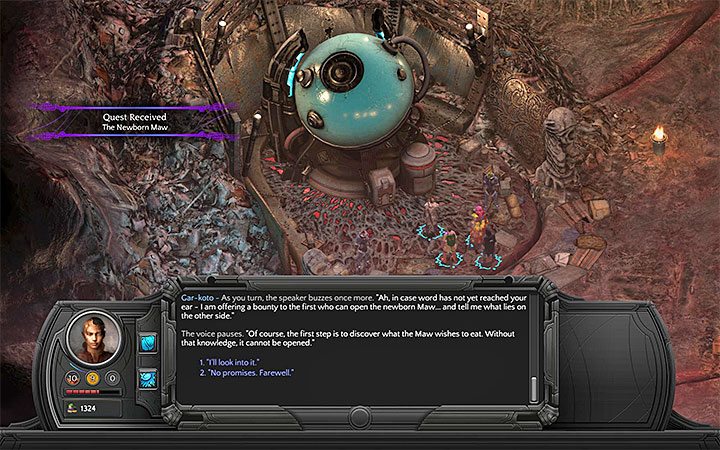 Talk to Gar-koto about the new Maw

This is one of the most important side quests that can be unlocked during your stay in the Bloom, mainly because completing it unlocks access to a brand new location - the Lost Anchorage (map M21 in the game guide). Paying a visit to that particular zone can then help you finish the main quest Dracogen's Price. One exception is a situation where you already own the Transdimensional Scalpel. The item is awarded for completing a quest called A Hilt Without a Blade, which is unlocked in The Vast Interior (M16.6). This item can be used for opening Maws. If you have it, you can decide whether you want to do the following quest or just unlock the portal ASAP.

Reach the Small Nihilesh district and then go to the large spherical tank (M19.2). Talk to the creature which resides within the tank - Gar-koto. From this character you will find out that a new Maw has appeared in Nihilesh, and that Gar-koto is interested in opening it. 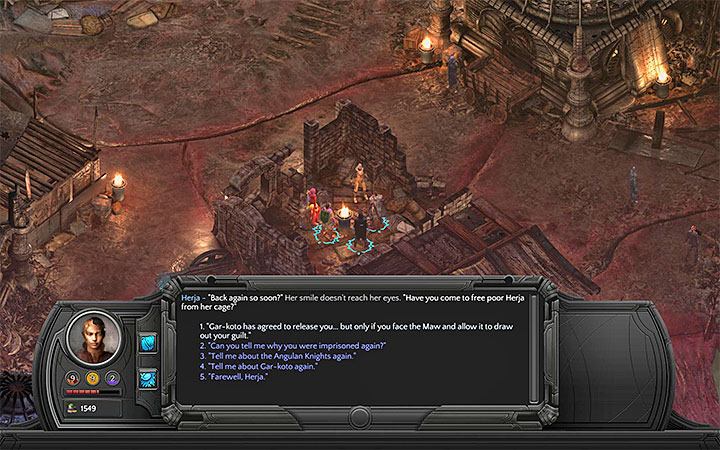 Herja will agree to be devoured by the Maw

Your first task is to find out what the Maw wants to devour. To achieve this you can reach the Maw personally (M19.5) and listen to her voices after interacting with her, or you can ask Delny, who should be just south of its position (M19.3), for help.

The next step is to find a candidate who will be devoured by the Maw: 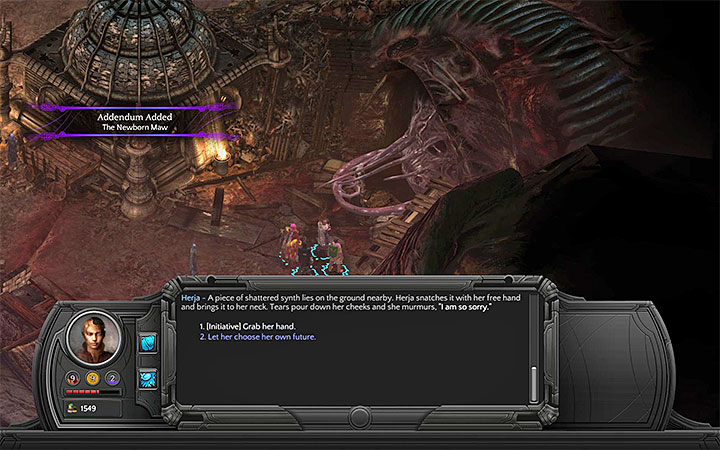 After all of the details have been laid out, head over to the Maw and begin the "ritual" (do not interrupt it!). You can allow the person you have chosen to sacrifice to be eaten by the Maw, or you can save him/her at the last moment by using Initiative. It will not have impact on the flow of events, as the portal to the Lost Anchorage will open in either case.

Enter the Lost Anchorage. You can explore it, but keep in mind that it is not necessary. Now, you only have to return to Gar-koto and tell him about what happened. You can demand payment of 600 shins or you can refuse to accept it. Apart from that you will gain 25 XP.